Many people criticised IJM Uganda’s Cissy N. Bwogi for going to University. Now she uses her degree to support victims of violence including providing shelters for women within police stations, trauma-informed interview rooms and comfortable spaces, with equipment needed to record reliable, tamper-proof evidence for court. 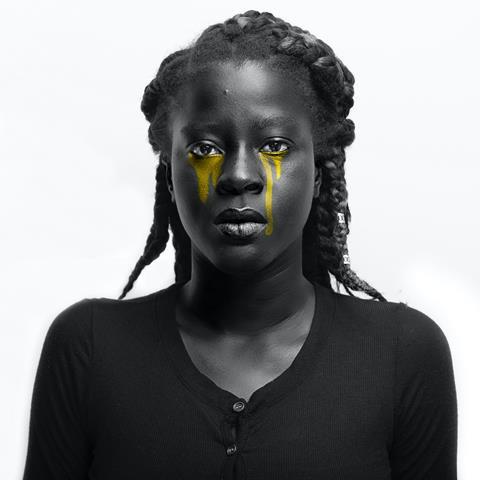 In the culture I grew up in, my father always ate first. All the good things were for him: I always wondered why the eggs were his, why the good fish were his. The fish were for men, and for women we mixed water with tomatoes and ate them. I asked these questions growing up and there were never answers.

The older I got, the more it became clear to me that because I was a girl, I would not have the same opportunities in life as my brother: whilst he was sent to one of the best secondary schools in the country, I was supposed to learn how to cook, how to maintain a garden, and how to keep a husband happy - a reality that was not far away, as many of the girls in my class were married off, as young as thirteen.

The older I got, the more it became clear to me that because I was a girl, I would not have the same opportunities in life as my brother.

Today, as a social worker, I’m seeking to change systems which allow violence against women to flourish. This is a vast and growing problem: in my country, one in two women have experienced spousal abuse, according to the OECD - and this is an issue that reaches far beyond Uganda, with a recent study finding that whilst the prevalence of domestic violence in Uganda is amongst the highest in the world, one in four women globally will experience domestic violence before the age of fifty. I want to use what I’ve learned, as a woman who has faced discrimination herself, to ensure that female survivors of violence get justice and are not discriminated against in the process - and ultimately, help build systems that prevent violence occurring in the first place.

Through extreme determination, I was able to overcome the financial and social obstacles which stood in the way of me getting an education - even though many people criticised me for it – and become the first person in my community to graduate from university. As soon as I started using my degree to support women experiencing violence, I saw that there were major systemic and cultural hurdles for them to overcome if they chose to pursue justice.

I saw that there were major systemic and cultural hurdles for women to overcome if they chose to pursue justice.

Many women live with their abusers, and so they avoid reporting abuse as they won’t have anywhere to go - which is why I help women find places in shelters and provide them with counselling, which not only helps them recover from their experiences, but also supports the process of putting together statements for court. IJM is working with Uganda police on a new programme which provides shelters for women within police stations, and trauma-informed interview rooms so that they can report abuse in private, comfortable spaces, which have the equipment needed to record reliable, tamper-proof evidence that can be used in court.

The first time I appeared in court with a client, seeing what happened made me very angry. Processes in court often provide further obstacles to survivors. In this case, I saw that the magistrate was not being sensitive in their interview methods - they didn’t understand the perspective of this local woman, who did not know her rights or what to say to support her case. Sometimes, trauma even prevents women going to court, because they are afraid of the way they will be cross-examined. Now, I deliver training to magistrates and others within the justice system on victim sensitivity. I tell them that you cannot know someone’s story in one hearing, because if they are affected by trauma, they will not be able to deliver it all at once.

I deliver training to magistrates and others within the justice system on victim sensitivity. I tell them that you cannot know someone’s story in one hearing if they are affected by trauma.

We may live in a male-dominated society, but when you encourage women to report abuse and ensure that systems allow them to do so safely, it sends a message to perpetrators that the law is going to hold them accountable. Ultimately, this will break the cycle of violence, as it dissuades men from behaving abusively. That is why I and other women in the police and in courts are actively working to remove the barriers that women currently face - and through these practical, actionable steps we are seeing real progress.

I supported the case of a 16-year-old girl, Eva, who was gang-raped. When she had initially gone to report the case, she was harassed and ridiculed as she had to give her statement to police in front of a crowd of onlookers - but she was determined to report anyway. We supported her with the healthcare she desperately needed and relocated her to a safe shelter. Two suspects were arrested and one has already been sentenced to 12 years in prison. It is a joy now to see Eva rebuilding her life now, pursuing her dream of becoming a tailor.

We should remember that breaking the bias against women - in homes, communities, and justice systems - is essential if we want to end the violence for good. One in three women around the world will experience violence in their lifetimes, which is why I’m standing with survivors who are calling for change. Each of us has a part to play: together, we can create a safer world for women.

If you have been affected by any of the issues in this article, please seek help. The UK charity Refuge provides specialist services to survivors of domestic abuse. You can contact the freephone 24 hour National Domestic Abuse helpline on 0808 2000 247.