How will your household be affected by Rishi Sunak’s new Budget?

Whether you earn the national living wage or are a higher-rate taxpayer, the Budget will undoubtedly affect your household’s finances. Here are some of the key Budget changes, along with tips for making your money go a little further 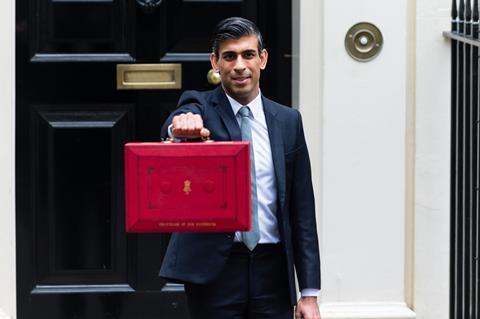 You’ve probably seen headlines about the latest Budget from Chancellor of the Exchequer Rishi Sunak, but what does it really mean? Will you be richer or poorer as a result?

Income tax bands were frozen for five years in April 2021. This means more of our income will become taxable as wages and inflation rise. For example, a 40 per cent taxpayer whose wages rise 2 per cent annually between now and 2026 will pay around £400 more a year in tax.

National insurance contributions (NICs) are to rise by 2.5 per cent in April 2022. Those earning more than £9,564 per year (or self-employed with profits exceeding this figure) will pay an extra 1.25 per cent and employers will pay the other 1.25 per cent. That’s around £150 extra per year for average wage earners and around £1,000 more for top earners, plus a much bigger NI bill for employers.

The pay freeze on public sector wages (including health, education, social work, government, armed forces and emergency services) will be lifted, so salaries should increase over the next three years, though there is no guarantee that they will keep pace with rocketing inflation.

The national living wage is up 6.6 per cent to £9.50 for those aged 23 and over (rising to between £4.81 and £9.18 for 16- to 22-year-olds). This should benefit more than two million workers aged 23 and above, though with inflation predicted to rise by 5 per cent, the real increase is likely to be closer to 1.66 per cent (approximately 10p per hour). This will also impact on businesses, which will have to increase staff pay while continuing to deal with the ongoing COVID crisis.

The Universal Credit (UC) taper rate has been cut, which means workers who receive the benefit will take home more of their pay over the £293 threshold from 1 December. On the remaining £203 UC recipients are allowed to earn, they will pay 55 per cent to the government rather than 63 per cent; a potential saving of £22.33 per month. However, all UC recipients will feel the loss of the temporary UC uplift of £20 a week (£1,040 a year) granted to help families during the pandemic.

The government has cancelled a planned 2.8p hike in fuel duty, which means tax on fuel will stay at 57.95p per litre. However, fuel prices have soared this year, with unleaded prices up by approximately 30p per litre and diesel prices approaching a record high.

On the whole, duties on lower-alcohol drinks such as fruit ciders and low-percentage beers and wines will be frozen or will fall, while duties on strong ciders and red wines will rise. The changes should also make it marginally cheaper to drink at the pub, in the hope that people will be more inclined to support struggling local bars and restaurants rather than drinking at home.

With energy prices already up by 12 per cent and set to soar in 2022, many were understandably concerned about their finances before the latest Budget was revealed. While some may be better off from April 2022, millions will be negatively impacted. Here are a few ways to save money if your wallet is already overstretched:

1. Budget carefully, taking into account all of your incomings and outgoings. Then do your best to stick to it!

3. Focus on getting out of debt if you have the means to do so. Pay off your highest-interest debts first, ie loans, credit cards and store cards.

4. Cancel subscriptions you no longer use (ie that gym you went to once and never visited again!) and cut out expensive luxuries you could replace with cheaper alternatives.

5. Leave the car at home when possible and walk, cycle, take public transport or lift-share.

If you’re feeling overwhelmed by your financial situation, don’t struggle alone. Ask a trusted friend or church leader to pray for you. Christians Against Poverty (CAP) offers a great service to help get you back on your feet and Premier Lifeline is there if ever you need to talk.