It’s the job of parents to protect and inform their children, which is easier said than done when it comes to a topic as horrific as war. Here Lauren Windle explores the experts’ advice for navigating the tough conversation.

The vast majority of living Brits won’t have experienced any type of war. While unrest has been well documented in various places over the course of our lives, it has never felt so close to home than it does now. That could be because the war Putin’s Russia declared on Ukraine is better resourced than other battling nations. It could be because of Russia’s access to nuclear weapons. Or it could be because this is happening in Europe, in a majority white country as opposed to the middle-east or east Africa, so our national unconscious bias means it feels like more of a threat. 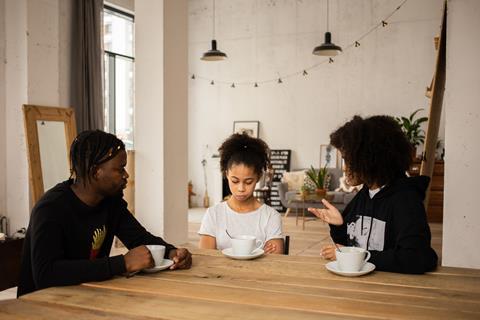 Regardless of the reason, you can’t turn on the TV or pick up a paper without being confronted with horrific atrocities in Ukraine at the moment. We are all encouraged to pray and petition to God on behalf of persecuted people, but for parents, there’s another job to do. Explaining war to children is as daunting as telling them where babies come from, but it is a vital conversation.

Psychologist Dr Martha, explained that it’s important to protect our children from the news as much is that’s reasonably possible. She said: “Keep a tight boundary on the conversations they may overhear at home and words that may be confusing or distressing to them.”

The expert explained that different age groups will be able to process the information differently. Those up to eight years old, they may find it hard to understand the big concepts at play. She said: “Children [of this age] will struggle making sense of concepts such as death and War. Their brains are still developing abstract thinking and hey blur reality with fantasy.” Faith in Kids added: “They may be mirroring others’ feelings. Let them mirror your dependence on the Lord. Tell them what is true in uncertain times.”

Children may be mirroring others’ feelings. Let them mirror your dependence on the Lord. Tell them what is true in uncertain times.

For children who are between eight and eleven, Dr Martha explained that they will have an understanding that war leads to death as they may have covered some elements of this in history classes at school. Faith in Kids said: “Questions from children show they already have started to process the issue. Ask good questions to probe their understanding and their feelings.” They also suggested using Matthew 5:9 as a positive message for your little ones: “Blessed are the peacemakers, for they will be called children of God.”

Children 12 years old and up, are far more likely to be able to process these bigger issues and may also have access to the internet and social media where they will be finding bits and pieces of information for themselves. Faith in Kids said: “Don’t shut down the conversation. Ask open questions. Explore wise responses to the issues with them. Show them reliable sources of information. Partner with them in listening, reading the Bible and prayer. Ask how they would respond.”

Questions from children show they already have started to process the issue. Ask good questions to probe their understanding and their feelings.

It’s never going to be an easy conversation but children need to know that they are safe and held and deeply loved by both their parents on earth and their father in heaven. It’s better for you to direct their questions to biblical truth that to allow them to be tossed around by the misinformation of the playground.