Grandparents’ role in sowing seeds of faith in grandchildren is vital, and it doesn’t matter if they’re not blood relatives

This weekend brings World Day for Grandparents and the Elderly. To mark the occasion Louise Morse from Pilgrims’ Friend Society explains why grandparents can play a vital role in the faith of our children. 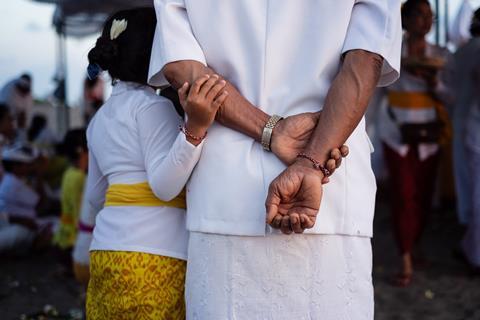 Sunday July 24 is the World Day for Grandparents and the Elderly. The theme for this year is “In old age they will still bear fruit” (Psalm 92:15). The “fruit” of grandparents’ relationship with their grandchildren can often be seen years after their death. An example was a lad who used to risk his life every school-day afternoon by walking across the top of a 15ft wall.

I once lived in a flat overlooking a large courtyard to the left and a row of houses running alongside it to the right. Dividing the two was a very high wall. Every afternoon I would see the lad, who looked to be about 15, balancing along the top of it before dropping down into a garden via the roof of a shed and a dustbin. One day we met on the pavement outside and I asked him why he did it. It was to get home via the back garden because his Mum had locked the front door.

Did he realise how dangerous it was? He shrugged. Did he know God had a plan for his life that didn’t include life changing injuries from falling off a high wall? He said his grandma used to talk like that, about God having a plan for him. His grandma used to go to church, and she believed in God but he wasn’t sure about that, himself. His mother didn’t go to church. But his grandma had clearly sown the seed and I thought that one day, with the right people it might be watered and flower.

He said his grandma used to talk like that, about God having a plan for him.

I’ve found the “grandma effect” in many young people. Paul saw it in Timothy and his grandmother Lois (Timothy 1:5). It’s as Proverbs 17:6 says: “Children’s children are a crown to the aged…”

Grandparents are important in God’s life structure. When Naomi returned to Bethlehem she told people not to call her “Naomi”, which means pleasant, but “Mara” which means bitter. Her husband and two sons had died in Moab and she feels empty. The story unfolds and Ruth marries Boaz, a respected businessman. Although childless in her first marriage to Naomi’s son, now God causes her to conceive. Naomi was now a grandmother with a purpose in life, in the scriptural pattern. The grandson, Obed, became the father of Jesse, the father of David. (Ruth 4: 16.)

But grandparenting is also a spiritual role. Older people have a special relationship with the young. We see this with residents in our care homes as their faces light up when children visit. Often, little ones unrelated to residents will approach them happily to chat and show a toy.

Older people have a special relationship with the young. We see this with residents in our care homes as their faces light up when children visit.

And during their turbulent years, the faith of many a teenager has been steadied by the love of their older church members. “Unofficial aunts and uncles, and grandparents,” Sam Hailes, editor of Premier Christianity has described them. This is “grandparenting” – listening and loving and sowing and building as God intended.