From NIV to King James, this is what your favourite Bible translation says about you - so are you calm or more of a perfectionist?

Here, English Literature expert Yasmin Attwood explores the different translations of the Bible and what your favourite may mean about you. From the historical King James to the compassionate New Living translation - so which are you? 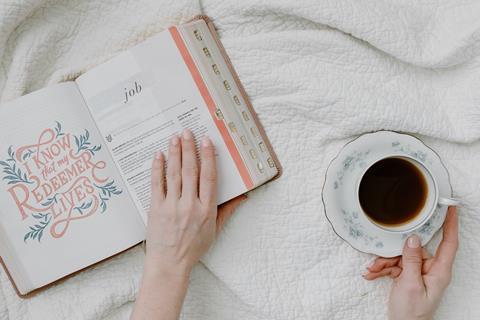 The Bible is a collection of different stories written over a 1500-year period, originally written in Hebrew, Aramaic, and Greek. We as modern readers are therefore reliant on translators to render the powerful teachings and beautiful mythologies into vernacular languages that we can understand. Translating is a series of decisions, such as: how to match the tone of the passage, how to translate words with many meanings, and what to emphasise. Translators are unavoidably shaped by their own cultural environment, and make choices that reflect this, so it’s important to view translation is a dialogue between old and new, and remember that all religious texts are written through a lens of human subjectivity.

So what does your choice of translation say about you?

This was the first widely circulated English translation thanks to the printing press. Tyndale was a contemporary to and influenced by Martin Luther, they were both at the forefront of the protestant reformation and translated The Bible in a time when it was considered heretical to do so – if you like this translation you are a rebellious person who isn’t afraid to go against other people to do what you know is right. Tyndale was executed for his heretical beliefs, but his legacy lives on, as while the Tyndale Bible is not common today, it had a huge impact on subsequent versions such as KJB. If you like to read this version then you have an appreciation for the poetic way it sounds spoken aloud, and are not intimidated by the fact it was written before spelling was fully standardised! Genesis 1 reads: “In the begynnynge God created heaven and erth. The erth was voyde and emptie ad darcknesse was vpon the depe and the spirite of god moved vpon the water.”

If you like KJB then you most likely enjoy tradition and are interested in the history of religion, this version of The Bible is still one of the most popular translations today despite being written over 400 years ago. Commissioned by King James VI himself, it took 47 translators seven years to put it together. There is lots of archaic language (it was written around the same time as Shakespeare) which means you are good at persevering and probably like to take your time when reading it to fully absorb its meaning. It is notably very poetic in its style, so you have a good eye for beautiful language, and are a fun person who loves decadent celebrations.

The heavens declare the glory of God; and the firmament sheweth his handywork - Psalm 19:1

You are a very calm person who is really good at giving out advice, and you probably own lots of mugs with Bible quotes on them! This Bible is very easy to read, although it does sometimes remove poetic phrasing which can make it less fun to read. The NIV was updated in 2011 to make the language more gender inclusive, which is the perfect example of how translation is influenced by culture: where originally it referred to “my brothers” (James 2:1), it has become “my brothers and sisters” – this may be less accurate on a word-for-word level, but in our current more inclusive society it is more culturally accurate to translate it like this. You are not afraid of change and are very aware of the subtle ways different groups in society may feel marginalised.

You are known for your compassion for others; this translation emphasises accessibility and aims to use colloquial language rather than formal phrasing so that everyone can understand. It is less

accurate to the original text at times, but is clear for modern readers to understand what is going on – you are probably free spirited and adventurous if this is your go to translation of The Bible.

The ESV is a very literal translation, so readers who like this version are likely perfectionists who are very well organised and always on time. The accuracy of this texts can compromise its readability, as some sentences are very complex in this version, but you are someone who values accuracy and wants to be as close as possible to the original writings.

Reading multiple different versions of The Bible allows you to see subtly different depictions of the Christian teachings. Each translation is a window into a moment in history, and it’s very important to be aware of this when reading to help consider certain hypocrisies in The Bible and prejudiced ideas that stem from human culture rather from God, because ultimately “God is love” (1 John 4:16) – in fact this is one of the only phrases that is consistent across all the mentioned versions of The Bible.