Celebrated columnist, author and general larger-than-life personality Caitlin Moran is not a Christian and until last week hadn’t been to a church service. As with much of her writing, her observations were hilarious and often very relatable. 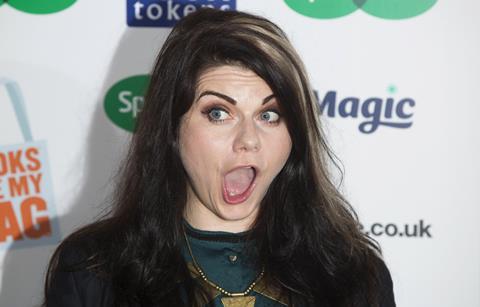 I tried to read Caitlin Moran’s much celebrated How To Be A Woman a while ago on holiday. I got to page 60 before deciding, for the first time, not to finish the book. When it was published in 2011 it was novel and ground-breaking but ten years later it hadn’t aged well. I didn’t feel engaged by the chat of naming your nipples and the pitfalls of pubic hair removal.

I did however, from my short brush with Moran, garner that she is not a Christian. An understanding that was confirmed by her Saturday May 21, piece for The Times, in which she attended Rev Richard Cole’s last ever church service – which ironically was her first. Her observations were delivered in her signature witty style and revealed a lot about her – and probably the public’s – perceptions of church. She was surprised by the use of an iPad and branded it “modern”, perhaps we should invite her to an all-singing-all-dancing Hillsong service next?

Although, even I as regular church attendee for the last eight years, I related to her battle against the classic hymns and the fight to find a comfortable pitch. She joked that she either had to opt for a deep baritone or Kate Bush-esque breathy heights. She said: “Like the Obamas, I choose to go high, while speculating that a hymn book called Hymns in a Practical, Mid-Range Key would be an immediate bestseller.”

“I speculated that a hymn book called Hymns in a Practical, Mid-Range Key would be an immediate bestseller.”

She pointed out the quaint Britishness of a parishioner presenting Coles with a parting gift of homemade marmalade. And was surprised by a three-and-a-half hour bell ringing to “play out” the much loved vicar. She noted the same smells that immediately transport me back to the bored Sundays of my childhood: “altar flowers, wood polish and hot dust.” Although in fairness, it’s really only the churches with pews that have maintained this signature musk.

But there were other observations that, rather than make me laugh with exasperated recognition, warmed me with pride. She spoke of the posters around the building for “craft and chat” afternoons as well as more serious outreach ministries. She also noted the “carefully cleaned boxes of children’s toys”. Small acts like wet-wiping the kids’ stackable cups and hosting a social event – which definitely should have been called a “crafternoon” – are what makes church, church. It’s displaying love through acts of service and outreach to people who don’t usually feel a welcoming embrace that make the, at times flawed, institution of church worth it. I was proud that she noticed that moving work.

“This is Middle England, where community is made of jugs of squash and cups of tea; colouring pencils and stackable chairs.”

In her final remarks she affectionately recognised the humdrum aspects that create church community. She said: “This is Middle England, where community is made of jugs of squash and cups of tea; colouring pencils and stackable chairs; clanking radiators and the same Christmas and Easter decorations brought out every year, from the same cardboard box.” But sadly for Moran, and her nearest church, she confessed that she wouldn’t be back, describing the outing as her first, and last, day in church.