Being poor and married is more stable than being rich and cohabiting, study reveals

Research from The Marriage Foundation suggests that co-habiting parents were twice as likely to break up than their married counterparts. Writer Lauren Windle, takes a look at the stats. 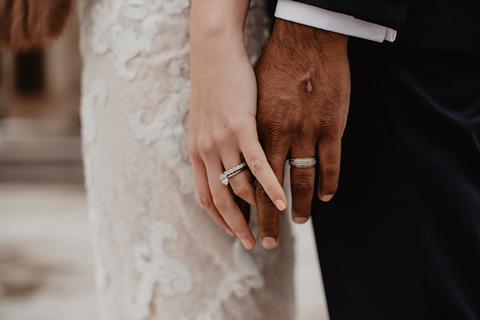 The Church has long held that when it comes to committed relationships, marriage is best. It’s a position supported by scripture and our historic societal structure. It now seems the secular world is coming round to the idea too thanks to a number of studies suggesting that marriage creates a stronger foundation for the family.

The latest research from The Marriage Foundation found that those who got married and were not financially rich were a more stable pairing than a well-off unmarried couple. While co-habiting parents were two times more likely to break up than their married counterparts. The study, Married poor more stable than unmarried rich – why marriage is still the best way to find reliable love analysed ten years’ worth of family data on UK households.

The Marriage Foundation said: “The evidence is that this stability gap has remained pretty constant throughout the ten-year period of this study. Even after taking into account mothers age, education, ethnicity, household income and relationship happiness, the odds of cohabiting parents splitting up are consistently twice as high as those of married parents.

Those who got married and were not financially rich were a more stable pairing than a well-off unmarried couple.

“The consequence of high levels of breakup among cohabiting parents is that few parents remain as unmarried cohabiting couples as their children grow older. Most split up or marry. Our analysis shows that 86 per cent of all intact couples with 13 to 15-year-old children are married.”

Despite adding its support for the institution of marriage, the study acknowledged that marriage rates have declined since 1973, the all-time peak for marriages in England and Wales. The Marriage Foundation said: “These declines are reflected, and possibly even driven, by the apparent indifference towards marriage from our politicians and policy makers. Whereas a tax allowance for married couples accounted for a very meaningful four per cent of GDP in the late 1970s (Lindsay, 2000), the current tax allowance is worth a relatively meaningless and poorly targeted £250 per couple.”

“Marriage remains the most stable form of relationship especially for raising children and is more important than income on couples sticking together.”

But it’s not all bad news, divorce rates are now at the lowest levels since the 1960s and couples who marry are more likely to stay together than those who don‘t. Harry Benson, Marriage Foundation’s Research Director said: “This list of benefits helps to explain why, despite fewer people tying the knot, the desire to marry remains incredibly high. When we surveyed 2,000 young unmarried adults aged 18-30, even among those using Tinder and Grindr, nine out of ten said they wanted to marry and four in five expected to marry ‘at some point’. The same study found the ambition to marry was almost universal regardless of income.”

He continued: “These figures demonstrate, yet again that marriage remains the most stable form of relationship especially for raising children and is more important than income on couples sticking together.”