After my father’s near-death experience, I take getting a good night’s sleep very seriously - eight hours helps your physical and spiritual health

‘The best bridge between despair and hope is a good night’s sleep’. So says E. Joseph Cossman, inventor, entrepreneur and author, but a good night’s sleep seems so much harder to come by these days. Here Christian singer Elle Limebear shares that, after a life-threatening incident, she’s prayerful about sleep. 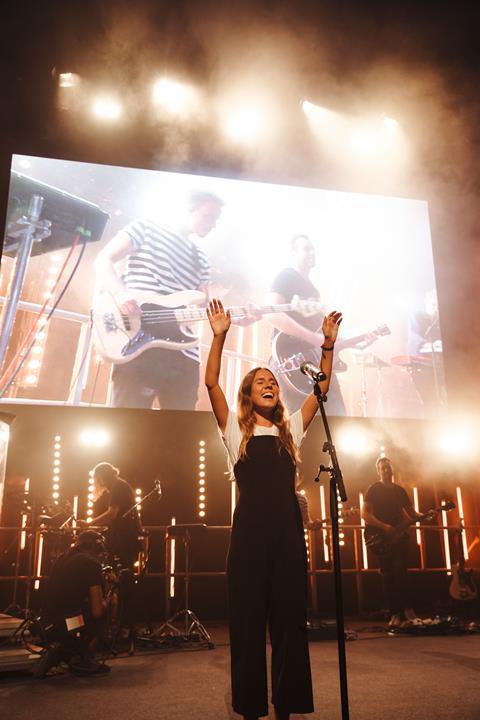 With everything else going on in the world at the moment it may seem like a relatively minor issue to raise, but sleep deprivation is a far more widespread and dangerous than most people realise. Research has shown that more than one in five people in the UK have trouble falling asleep every night and an estimated 300 people die across the nation every year due to someone falling asleep at the wheel.

My father was almost one of those statistics.

Known for being the frontman of the Christian band Delirious? which toured the world almost every year, my dad once fell asleep while driving and had a major car crash. It happened while my mum was in the car but before I was born. Thankfully they survived the incident, otherwise I might not be here.

Having understood the potentially catastrophic consequences that sleep deprivation can have on families since I was a small girl, whenever I’ve prayed for people I’ve added: “Lord, let them have a good sleep.” How you sleep often determines how your day goes, and there is a significant amount of scientific evidence proving that restful sleep can have a positive impact on your health and wellbeing.

My dad once fell asleep while driving and had a major car crash.

However, sleep is not just a functional requirement, it is also an essential factor in spiritual wellbeing too. There is a reason why God made the seventh day of creation holy and commanded that the Israelites rest on the Sabbath. Sleep is when we are at our most restful - or at least it used to be.

The evenings used to be the time when we slowed down after we finished work, did the house chores and put the kids to bed. They used to mark the boundary between relaxing and having to be switched on. For many of us however, this daily routine has been disrupted by Netflix, social media and hours of entertainment which are now just the touch of a button away.

Sleep marks the restful period of our circadian rhythm – the natural, internal process that regulates out sleep-wake cycle – and disrupting it regularly can have a considerable impact our physical and mental health. A consistent evening routine and sleep pattern can bring you peace of mind, slow your heart rate and calm your emotions. A disruptive one will do the opposite.

There is a reason why God made the seventh day of creation holy and commanded that the Israelites rest on the Sabbath.

Since I became a musician, mental health has been a strong theme throughout many of my songs. After hearing so many stories from my youth group about their friends taking their own lives, I decided to go one step further and write sleep stories for Glorify – a prayer and wellness app – to do my part in resolving the sleep crisis.

My husband and I have found that these stories allow us to create that “winding down” moment and switch off at night more quickly. They bring back comforting memories of our parents reading us a bedtime story, a tradition which we now have the joy of being able to pass on to our little boy, with the double benefit of him being able to learn stories from the Bible at the same time.

Eight hours of sleep doesn’t have to be a pipe dream, and taking back control of our evenings and nights is crucial to re-establishing our winding down routines.

In addition to these sleep stories, Glorify’s sleep content also includes Biblical meditations, custom sleep music and guided prayers. Nobody likes to feel like they’re alone when they’re struggling with mental health, and the app enables users to record voice notes and send prayers to each other, even from the other side of the world.

Eight hours of sleep doesn’t have to be a pipe dream, and taking back control of our evenings and nights is crucial to re-establishing our winding down routines. Sleep stories are a small private way to reconnect with God and pass all of our worries on to Him. And even if you’re not a practicing Christian, what have you got to lose in trying it?

Glorify and its sleep content is available to download for free on iOS or Android. For more information on the Glorify app, visit their webiste.