What the women of the Bible can teach us today 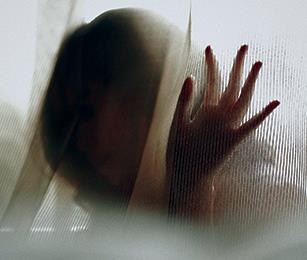 Each month we’ll be examining a different woman’s experience and exploring what we can learn from them. We start with the woman suffering from constant bleeding (Mark 5:25–34). What can she teach us about the debilitating things that may challenge us?

We don’t know the name of the woman who approached Jesus with her menstrual problems. That’s not surprising because she wasn’t in the disciples’ circles of family or friends, nor had anyone else intervened on her behalf. She suddenly appeared in the narrative, as Jesus was on his way to the home of a synagogue leader, whose daughter was dangerously ill. It is also a somewhat unexpected incident because of the negative attitudes in Jewish culture towards women and their bodily functions.

So, whether the biblical authors knew who she was or not, we can appreciate the discretion in not being told her identity, and allowing her some measure of anonymity.

We do know a good deal about her circumstances, however. She was likely to be approaching middle age, since, she had been struggling with erratic and persistent bleeding for 12 years. She must have suffered enormous discomfort and dragging pain, along with that awful draining of energy, familiar to any woman who has known prolonged period problems. And she now had few financial assets because she had spent all that she had on trying to find a cure. To compound her problems, she will have been socially isolated.

The isolation was not simply a result of her illness or poverty, however. Because of the strict religious taboos about contact with other people during the menstrual cycle, this poor woman could well have been confined to her own living quarters for most of the time. We know this, simply by reading Leviticus 15: 19–33.

In fact, all the laws relating to menstruation in that passage give us a strong indication of the limitations of her lifestyle. She would be ceremonially ‘unclean’ for as long as the bleeding persisted, and anyone who had physical contact with her would also be ‘unclean’ for the rest of that day. Anything she had been lying or sitting on would be seen as unclean, and must not be touched by others. Her very presence was a persistent hygiene and legal risk. Even after the bleeding stopped, she would have had to wait seven days before she could be seen as ‘clean’.

For someone in her situation, with such erratic and persistent flows of blood, there would be barely a gap between the bouts of bleeding. As a result, she faced little way out of this horribly restrictive cycle. Her chronic gynaecological problems, along with the attitudes of her culture, denied her any enjoyment of regular close company or a normal social life.

So we can understand why she was desperate to see an end to her menstrual distress and had spent so much time and money trying to get better. But it had all been to no avail. The big question, to which there seemed to be no answer, was what to do now?

If Jesus had not been in the area, the story might well have ended there, and we would have never heard of this woman. But he was in the area, and the news of his whereabouts had reached her. Knowing of some of the other amazing things that had happened when people made contact with Jesus, she was suddenly filled with hope. Perhaps her own ailment could be healed and she could move into an entirely different future.

First, however, there was also a big challenge to face. She had to find the courage to go out in public in her condition, and ask this Jewish rabbinic teacher for help. And she had to do this despite the taboos laid out for her by her religion. She would have to face the fact that if she was detected, she would completely disrupt his journey by making him ‘unclean’: contact from her would require him to change his clothing and go through ritual ablutions before he could travel any further.

Yet the woman was determined. She would not be held down by this crippling condition. So she formed a plan. She would mingle, unnoticed, in the crowd and not even try to speak to Jesus. If she could only get close enough for a few seconds and touch just the bottom of his tunic as he passed by, she believed his healing power could reach her. Then she could melt quietly away again, and no-one would be any the wiser.

We all know that this is not what happened. Certainly, she got as far as the hem of his clothes, and was able to bend down, unobserved, and make contact. And, wonderfully, she felt the effects immediately in her body. Without warning, the bleeding stopped. What had been an act of ritual contamination had triggered an outcome of wonderful healing. We can imagine the enormous rush of euphoria and joy she experienced. But as far as melting away was concerned, that certainly didn’t materialise.

It is interesting that it was Jesus who prevented it. With his divine discernment he could surely know who had touched him without putting her on the spot. His disciples were also confused at his insistence. They might have interpreted this as his desire to know if indeed he had come into contact with someone ritually unclean. Characteristically, they pointed out that there was no way of knowing who had touched Jesus since the crowds were pressing in on him from all directions. Anybody could have brushed against his clothing!

Jesus, however, remained persistent. Yet it became clear that this was not because of any violation of the hygiene laws – he seemed indifferent to that. He raised the question because he knew someone had been healed. He wanted that person to identify herself.

The woman’s terror at being forced out into the open was completely understandable. Her cover had been blown, and in normal circumstances her defiance of the laws could have had serious consequences. We can imagine what it was like for her to be “trembling with fear”. There was no other way out than to throw herself down on her knees and confess: a gesture of submission before the authority of a religious leader.

The remarkable difference in this story is what happened next. The fact that she got no rebuke from Jesus, no sharp criticism for having compromised him or ‘contaminated’ his clothing, must have surprised both her and the whole crowd. Instead, Jesus affirms the woman, ignores the legal infringement and commends her faith. He even calls her “daughter” - a reminder that her identity is not defined by law but by trust. She is indeed a faithful Jewish woman who worships God and honours his will. In replacing her fear with peace, Jesus makes it clear that she has brought her own healing into play, through her trust in him.

Facing our own challenges

We can learn so many things from this woman on how to face the debilitating things that challenge us. Her story gives us both practical and spiritual insights.

Her disability was overwhelming, but she refused to be defined by its limitations. There was nothing more she could do to find a cure, but she could still reject the attitudes of other people and the restrictions those attitudes placed on her. She could still move forward in faith, and not be dragged down into hopelessness.

She was determined to find a new purpose for the future. In this story, she received physical healing from Jesus. But even when that isn’t being offered to us, we can be brought into other kinds of freedom where God can bless and renew us.

Like her, we can know God’s affirmation and encouragement to move out of the things that trap us and hold us down. We can refuse to let our fear of others restrain us from what we know to be right before God. We can reject being sucked into hopelessness, and start reflecting, instead, on the steps we might take to break the chains that keep us in bondage.

We can ask God in prayer to widen our horizons so we can begin to see the opportunities that we miss when we focus on our despondency. We can actively experience the energising of the Holy Spirit as we step out in faith. Healing and empowerment take so many different forms in all our lives. But they often begin when we recognise, as this woman did, that however vulnerable we feel, we are never alone in the challenges we face.

When we confront them in faith and hope, we become more able to understand what else God might yet have in store for us. We need never lose heart. For even in the worst and darkest parts of our lives, we can find that God’s grace is sufficient for us, and Christ’s strength is made perfect in our weakness.

Elaine Storkey is a philosopher, sociologist and a theologian, known for her lecturing, writing and broadcasting