As we reach the 500th anniversary of the Reformation, books celebrating or debunking Martin Luther and other reformers flood into the bookshops. 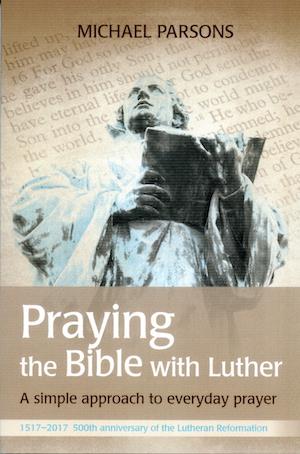 But did Martin Luther really nail his 95 Theses to the door of the Wittenberg Church against what he saw as excesses and wrongs of the Catholic Church on 31st October 1517? Nick Page, self-defined, unlicensed historian, says no. Luther wrote the 95 Theses and they formed an important part of the societal and ecclesial change of the Reformation, but Luther nailing them to the church door is a story that Page reckons one of Luther’s followers created.

The way Page debunks myths such as this was one reason I thoroughly enjoyed his A Nearly Infallible History of the Reformation, filled as it is with asides and colourful accounts of this important time in history. While sharing the overall picture of the societal and church forces behind the reforms, he fills out the sometimes sketchy understanding we may have of the people behind the changes.

For instance, did you know that Luther had quite the potty-mouth, even to the end of his life? Or that people so resented John Calvin that as he walked by underneath their windows they emptied their chamber pots on his head? The reformers ushered in massive changes, but they were everyday saints.

It’s an entertaining and informative read. Don’t miss it, not least for the Top Reformers cards (with scores for hat quality and abusiveness, among others) and gems such as this: “My name is Inigo Lopez de Loyola. Prepare to die (to yourself).”

A book with a much different tone and feel is Praying the Bible with Luther by Michael Parsons. He’s a gentle teacher who introduces Luther’s love of the Bible and how we can pray with the reformer using God’s Word as our text and guide. Parsons says that praying with the Bible will become an instinctive and living experience, in which we grow in our faith.

I find it interesting to note that the way of praying with the Bible highlighted here is lectio divina – the ancient four-part practice that began in the (Catholic) monasteries. That Luther would pray according to this form reveals the influence of his decade as a monk – he didn’t leave all of those practices behind. Parsons’ book is practical and encouraging, giving a hands-on means to introduce another way of praying into our lives.

Our world would be very different without the influence of men such as Luther, Calvin, Huldrych Zwingli and William Tyndale. What do you make of the Reformation and its impact on the 16th century – and now?