Millions of people are thought to have tuned in to watch the interview with Oprah last night. Here's why Lauren Windle thinks a response should come from the Royal Family themselves and not their PR team 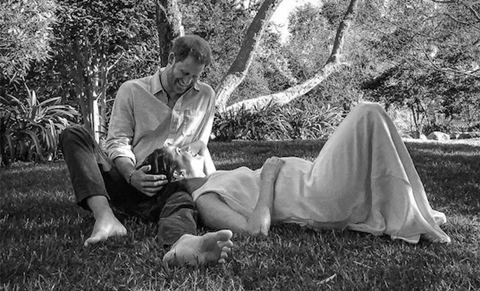 I have long been a fan of the Queen. I am one of those people who view her as a stabilising force in a country that has lolloped from Prime Minister to Prime Minister.

I think her dignity and sense of duty is a lesson to all of us and, crucially for me at least, when she speaks of faith and prayer, I believe that to be genuine.

But that stability has been rocked on several occasions. Now the Queen is facing a crossroads and one that I believe she should navigate with her faith and not her PR team.

Earlier this year The Crown presented a damning account of the royal family’s reception of Princess Diana.

While even the producers would confirm that it’s a dramatized work of fiction, no one can deny that mistakes were made when it came to her treatment.

Now here we are again, a new member of the royal family revealing her ill-treatment on joining the firm. As an outsider looking in, it’s beginning to look like an inhospitable environment for anyone not already up-to-speed on the rules of the archaic institution. Particularly – dare I say it – strong, non-submissive women.

The interview that was aired yesterday between Meghan, Harry and Oprah, will go down in history. No matter whose side you’re on or what you believe, we can all agree on one thing: there is conflict in that house and it needs to be resolved.

Don’t get me wrong – I’m not saying that the Queen would be solely responsible for any injustice. Indeed, Harry and Meghan has been at great pains to emphasise that she has shown them kindness and still has a great relationship with her grandson.

However, if you complain about your burger in a restaurant, you don’t expect the manager to tell you that it wasn’t them who burnt it, it was the chef. You expect the person who heads up the establishment to take responsibility and make amends.

As a Christian in the UK, the Queen is more than a tourist attraction. She is the head of the Church of England. Now I know that that is a nominal title based on tradition. There’s only one head of the church and that’s Jesus. But in accepting this aspect of her responsibilities, the Queen must take the principles of Christianity and visibly model them as an example of living well in faith.

If vicars are called to manage their family well (1 Timothy 3:4) then I believe that applies to the Queen as well. It’s time for Her Majesty to lead the reconciliation in her family and with the nation (Matthew 5:24). While consistent with Jesus’ teachings, this would not be consistent with palace PR practice, who are famously tight-lipped when it comes to scandal.

But this time it’s not just one person feeling scorned, there are accusations of racism that will cut deep for anyone who has experienced that kind of mistreatment themselves.

Harry made an important point in the interview last night; Meghan’s joining the family was the Palace’s opportunity to take a stand against racism. To celebrate a new era of diversity and acknowledge the colonial history of the family.

My deep hope is that the Queen will not be defensive but will reach out an olive branch publicly acknowledging the depth of Meghan’s feelings, announcing that they want to build bridges and confirming that they will do so in private. But I would also like to hear reassurance for the nation, that she like Christ, welcomes everyone into her family, that racism has no part in the future of the Royals and that anyone in the Palace not adhering to that principle will be challenged.