The faith of Martha 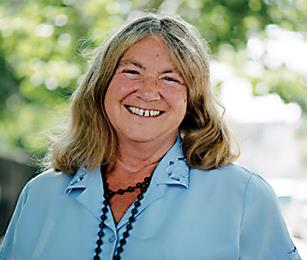 I’ve heard this description more than once: “She’s such a Martha!” It’s meted out to any woman who feels everything lies on her shoulders and wants some help from others. However, apart from showing very little empathy for a woman under pressure, the comment is not really fair to the original Martha.

We all know the story of Mary and Martha. It is in the context of an event at their home. Their esteemed friend, Jesus, is teaching, whilst in the background food is being prepared for the crowd of people assembled there.

Mary, the younger sister, is happy to leave her older sibling to do all the preparation and catering for the hospitality. She is caught up with the other disciples, absorbing the teaching and wisdom Jesus is sharing, and seems oblivious to the fact that meals don’t prepare themselves.

When Martha, in sheer desperation, appeals to Jesus to intervene and send her sister to the kitchen, he refuses. He points out that Mary has made the right choice, and that Martha shouldn’t get so worried and upset about ordinary, mundane things.

Thousands of sermons must have been preached on this passage, most of which see Martha in a bad light. Sermons about spiritual priorities, our need to learn, making the most of time with Jesus or warnings against self-pity, all compare Martha’s preoccupation over routine with Mary’s keenness to be with Jesus. Some see the issue as Martha’s obsessive domesticity; others see it as her unkindness in attempting to undermine her sister before Jesus, rather than gently asking her for help. But, however it is interpreted, we learn only negative things from Martha.

So it comes as a surprise when we see a very different Martha in this passage in the Gospel of John. The context, now, is a sad one. Their much-loved brother, Lazarus, has died, and Jesus failed to arrive at Bethany in time to heal him. Of course, this in itself is odd. The Gospels record that Jesus is quite capable of healing people at a distance without even seeing them. And, in this story, having decided to go to Bethany following the sisters’ message, Jesus deliberately delays his journey. So, he chooses neither to heal in person, nor give healing from afar. When he does finally arrive, Lazarus has been in the grave for four days.

And, this time, Martha is the one who rushes to be with him. The family house is full of well-wishers from Jerusalem, and Mary is with them, but Martha sees Jesus approaching outside the village. She had probably been looking out for him for days.

Both sisters are devastated by their brother’s death and deeply hurt by Jesus’s apparent indifference. But Martha had been the one to nurture young Lazarus after their parents had died, and she loved him almost with a maternal love. Now at last she sees Jesus. Her longing for his help, along with her own good manners and hospitality dictate what she must do. She leaves the crowd of mourners and runs out of the village to join him.

The conversation between Martha and Jesus is intriguing. It begins, unsurprisingly, with a rebuke from Martha: “Lazarus would not have died if you’d come earlier.” She certainly needed to get that off her chest. In many ways she is like the psalmist who often chides God for not intervening in a desperate situation. But then she adds a tantalising challenge. “Surely, even now God would grant what you ask.” What was Martha saying? Did she really believe that Jesus could bring Lazarus back from the dead?

Jesus’ assurance that Lazarus will rise to life again gets Martha’s agreement. She is a believing Jewish woman and readily acknowledges that there will be resurrection on the last day. But then comes the most overwhelming claim from Jesus: “I am the resurrection and the life: the one who believes in me will never die. Do you believe that?” And Martha’s affirmation, “Yes, Lord. I believe you are the Messiah, the Son of God” is one that has resounded through history.

Whatever impression the Gospels might have previously given us of Martha, her real character is underlined by this profound, earth-shattering statement of faith. She knows with every ounce of her being that Jesus is indeed the Son of God, and has power over life and death.

The rest of the story is well-known. Mary joins them both and repeats the rebuke to Jesus for his lateness. Jesus, moved by her tears, weeps himself over the sorrow and brokenness of death. Going to the tomb, and followed by the crowds, he asks that the stone across the entrance be rolled away.
Characteristically, Martha points out that the body will smell! Practical woman as she is, she cannot help but attend to details and has to be reminded by Jesus of their earlier conversation! Then, with dramatic authority, Jesus calls Lazarus out from the dead, and to the utter amazement of the crowds, the man is restored to life and reappears among them.

The final symbolic action is the removal of his grave clothes. Lazarus is freed from everything that places him with the dead and not the living, and is reunited with his sisters and resumes life. Martha has met the greatest challenge of her life with trust in Jesus and it has been vindicated.

Facing our own challenges

Martha is presented in the New Testament as a complex character. She is both preoccupied with routine and the mundane, but also a person of great faith and trust. She takes her responsibilities very seriously and is often weighed down, but she’s also full of insight and vision about what God can do.
Many of us vacillate between those kinds of extreme. We can’t always get it together. But we don’t need to beat ourselves up over that. What Martha shows us is that when it matters the most, the faith that God has given can sustain us and bless others.

The way Martha faced her two huge challenges can encourage us today.

The challenge of loss

So many of us are facing this challenge. Loss is one of the hardest things to bear, whether it’s of someone we love, loss of health, sight, hearing, fertility, youth, a relationship, work, a role, or of friends. Any one of these can leave us with a gaping chasm in our lives. And loss is not something we ‘get over’ in the way we get over flu or a bad cold. It is something which becomes absorbed into our lives and forms part of our ongoing identity.

Loss changes us, and if we don’t seek peace in our loss, it can turn into bitterness, which eats us alive. Martha took her loss to Christ, and the miracle happened. When we take any loss to Christ a miracle can happen for us too. It’s unlikely to be the raising of the dead, but it can be a new experience of God’s love for us and presence with us. And this can, in time, usher in fresh hope and greater purpose for the life that remains.

The challenge of disappointment

Martha’s second challenge was bound up with the first. It was how to cope with apparent indifference to her pain from Jesus, the one she believed in. This challenge to Martha is common to anyone who experiences disappointment in God. Disappointment can lead to doubt and anger. But lament in the psalms shows us that it can also be part of believing.

It was because Martha believed that Jesus was the Son of God, who answers prayer and brings healing, that she felt let down. If she’d had no faith, she would not have been disappointed. For many of us who know that God can heal, but find that God doesn’t heal for us, this can come as a blow to our prayer life and our trust in God.

The steps Martha took out of this have something to teach us. She is ready to encounter Jesus, even though she is hurt. She does not run away from him, or refuse to open up. Instead, she is real with him, speaks words of blame, rebukes him for his unresponsiveness, sharing with him the pain in her heart. With us too, God knows how we feel, and can take our anguish and anger without offence.
When he sees the sisters’ grief, Jesus weeps. Those of us who come before God ready to expose our hurt and misery, find that God shares our suffering and pours his love into our grief. Even in our sorrow, the Holy Spirit can show us the rainbow in the storm, and begin to help us to experience our faith anew.

Martha, of course, believed more easily because she saw Jesus. We hold on to his promise: “Because you have seen me, you have believed; blessed are those who have not seen, and yet have believed.”