Plugging into the power 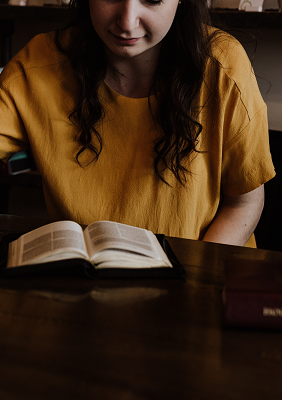 Embedded in Luke’s gospel like shining jewels are insights about women that radically challenge the patriarchal assumptions of our tradition. Of the four, Luke’s is the Gospel with a focus on the Holy Spirit, and his opening chapter offers an alternative understanding to where power lies.

In that first chapter, the old, male priest stumbles spiritually, and is struck dumb by the angel; but the old, barren woman proves fruitful and brings forth a prophetic life; the young, unmarried woman bears the Christ, and the unborn babies show forth the presence of God.

All by itself this beginning turns upside down the directional flow of power and authority in our tradition. Those expected to be subservient and under authority turn out to be plugged into the mains of God’s power.

Then, there is the Song of Mary, the Magnificat, which raises some questions for us because it is a sophisticated rendition showing familiarity with the scriptures. Put simply, it suggests Mary could read, and had been doing so. In both Islamic and apocryphal Christian tradition, the mother of Mary was Anne. Though the Church developed along strongly patriarchal and priestly lines, a thread emerged alongside of women empowering women, expressed in the repeated images of St Anne teaching Mary to read. The understanding that Jesus was born to a literate, educated, politicised woman, to whom the angel of God’s presence appeared directly rather than through a man, is a radical challenge to the patriarchy of the tradition.

When we see the teaching of Jesus begin in Luke 4, the scripture from which he announces his ministry aligns with the Magnificat. When his hearers ask, “Isn’t this Joseph’s son?” (v22), surely the reader is invited to respond: “No. Mary’s son? Yes.”

Then there is the momentous occasion in Luke 10 where Martha of Bethany asks Jesus to assert societal convention, obliging her sister Mary to relinquish the position she has taken, traditionally reserved for men, of sitting at the feet of the teacher, and go back to the kitchen and the women’s role of manual work and service. The response of Jesus? “Leave her alone. She’s made a good choice” (see Luke 10:41–42).

Luke’s message is that women, without waiting to be invited, can and should plug into the mains of God’s power and step up to the plate of prophetic life. Permission from men is not needed. Just go for it.

PLUG INTO THE MAINS YOURSELF
We often import the concept of empowerment from elsewhere – that women must be empowered by men. This is not true and not necessary. The power of God’s Spirit is unrelated to gender. You have both the privilege and responsibility to access it.

BE CONFIDENT
Luke depicts Mary and Elizabeth filled with the Holy Spirit as they consult with each other, and Mary sitting at the feet of Jesus. In your own path of faith, you do not need permission. Jesus teaches us a path of service, but not of subservience. Have confidence and stand strong.

LIVE PROPHETICALLY
In an age when the power of mammon is rampant, never were prophetic lives more needed. To redress the balance, de-prioritise Martha’s obsession with making every occasion about tea and biscuits; focus on Mary’s priority of teaching and prayer. In your daily life, in word and action, let every choice you make shine with the gospel.

Penelope Wilcock is an author based in East Sussex. Connect with her at kindredofthequietway.blogspot.com