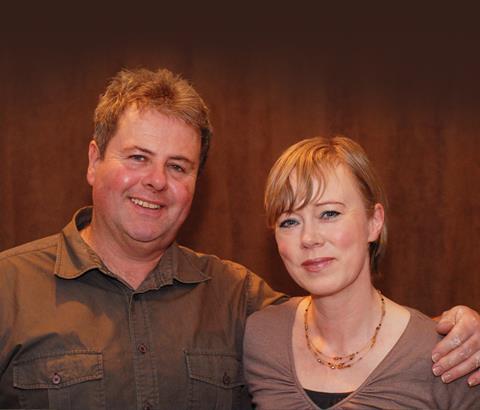 My husband has Asperger syndrome

Paul and I love each other very much, but our marriage has been full of many frustrations and misunderstandings over the 25 years we have been together.

I have felt so many times that he was being insensitive and sometimes things he said have seemed almost cruel. He has an obsessive interest in computer games – and social situations have often been a nightmare. For example, at family gatherings he would suddenly go into another room to play his games or read a book. On many occasions I have gone into my room and cried my eyes out.

I have been writing a journal for many years, and looking back on it I see I have often cried out to God about all of this. I have felt so guilty, thinking it was my fault because my reactions to my husband’s behaviour have not always been helpful. God has been wonderful and comforted me, but there was never an answer to my constant question, “Why?”

On the day that I read those words from Mark’s Gospel, God seemed to speak to my heart. I felt really strongly that something would be brought out in the open. I had no idea what it would be, but I knew it was about my husband.
The following month I again had a heavy expectancy that something that was hidden was going to be exposed. I felt it would be painful, but also a huge relief. I also felt that it would bring me into freedom.

I prayed that God would control my response and that it would be pleasing to him. I knew without a doubt that he had it all in hand.

One day I cried out to God, “Lord, my husband’s arrogance, his cynicism, his neglect, his hostility are laying heavily on me like a massive weight!” I felt God say, “Why are you wearing them?”

I told him that maybe I had been putting them on one by one for years, bearing the results of them – and the resentment had built up. I had been wearing them by my own reactions. I felt God say, “What are you going to do with them?”
I said I would take it all and nail it to the cross. The arrogance, pride, resentment, cynicism, neglect, hostility. God seemed to say, “What do you have left?”

I said, “I am seeing a lonely, frightened little boy.”

God said, “Do you think you could love him?”

I said, “Oh yes, I could love him. I could take him in my arms and comfort him.”

God told me to try to see that lonely, frightened little boy every time I looked at my husband. He told me to look beyond all the other rubbish because he took all of that on himself on the cross.

Then, last October, I found out that my husband had Asperger syndrome. It all started when a neighbour began chatting and spoke about her marriage of 23 years. It sounded so like mine.

She said she felt as if she had been banging her head against a brick wall, or talking to a deaf person. Then, after many years of marriage, she had discovered that her husband had Asperger syndrome. She had been talking to my husband not long before and believed that he had it too. The knowledge, she said, would revolutionise our marriage.

I started to do some research, and as I read the traits of someone with the condition it was as if it was describing my husband.

Asperger syndrome is a neurological condition, a form of autism. Those who have it have no concept of non-verbal communication. They cannot read people's non-verbal signals. They can’t imagine how someone is feeling or put themselves into someone else’s shoes. They have no instinctive empathy skills at all. They also have obsessive interests, focusing for abnormally long periods on one thing that interests them.

People with the condition often have a high IQ and think logically. If they say something that is inappropriate, they cannot understand how it could hurt or make someone feel uncomfortable. They don’t mean to be rude – they just say what comes into their head!

It was like a light being switched on our marriage. It explained absolutely everything! It also explained why my reactions had been so wrong, why my husband withdraws for hours on end every day and why I couldn’t get through to him when I tried to tell him how I felt.

Paul easily gets sensory overload. An emotional outburst can drive him to take himself off to shut down and recharge.
Social situations for someone with Asperger syndrome are a nightmare. Even though Paul can talk at length about a subject he is interested in, social chitchat makes him anxious because he’s unable to read the social cues (body language; facial expressions). He also can’t explain how he feels about it.

Now I know what’s going on, it has transformed how I respond to Paul. But it is still tough. Knowing he can never give me the kind of emotional support I sometimes need is hard, but over time he can learn these things intellectually, even though they will never be instinctive.

People with the condition learn from observing others and so I can teach him what I need. I can also learn about his needs and how to respond to them through educating myself about the condition. It felt really weird at first (and sometimes still does) because it was like suddenly being married to a stranger! But now my eyes are opened, I see the vulnerable, anxious little boy that God revealed to me last year. I know I love him and it will be OK.

The reason God hinted at this all those months ago is so that I would know that he is behind all this and he is in control – and that this isn’t all my imagination. Wow – God is wonderful!