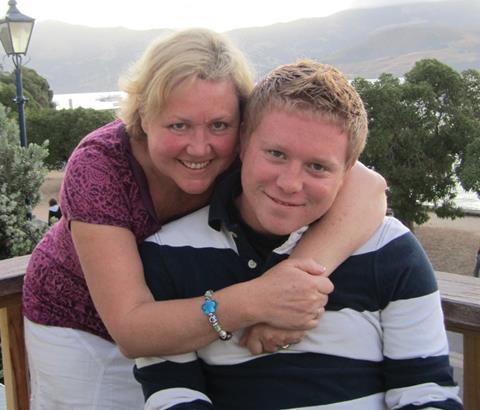 Why are we waiting?

Waiting for something we long for can be hard, frustrating and at times very painful, especially if we are unsure whether the thing we are waiting for will actually materialise. Tracy Spiers has been talking to three women who have had different experiences of waiting and can now see the Lord’s hand in their situations

‘My prayers for a child were answered, but not in the way I expected’

Sue Goold (54) lives in Charlton Kings, Cheltenham with her husband Don. She now has two children, Sam (24) and Sophie (17)

I got married at 21. A lot of my friends did the same and, within a couple of years, they were all having babies. When things weren’t happening for us, we went to see the doctor and infertility tests started. Both my fallopian tubes were blocked and I had tubal surgery at Hammersmith in the early 1980s. It was unsuccessful and we ended up going through seven lots of IVF, which resulted in one ectopic pregnancy.

In those first few years, I shed a lot of tears and I felt quite down, especially when members of the family started having babies. My whole life seemed to be geared around operations and treatments. We were godparents to our friends’ children and had lovely nieces and nephews. We loved being with the children and enjoyed being part of their lives, which made us more determined to have children of our own.

As the fertility treatment options were coming to a close, we put our names down to be considered for adoption, a process which took three years. I started going to Charlton Kings Baptist Church and joined a home group, where I received a lot of prayer support.

Then, in June 1987, we were finally offered a little girl. But my dad was dying, so we felt it was wrong to have her, even though we had waited so long. He died in July and it was a really hard time. I told dad about the baby but he was in a coma by then – he would have been a great grandpa.

Four months later, we were parents to Sam. He was born on 1 November and within three weeks of his birth, we were officially his new guardians. It had all happened so quickly. I was working full-time as a nurse, so suddenly had to leave and buy lots of baby things. So exciting! I remember we had booked to go to Center Parcs in Nottingham with the family that very first weekend, so we took our new baby in the back of the car up the motorway, crying most of the way, not really knowing what to do, but very grateful that those with us were able to help us with our new son.

We had to wait eight years before we were able to adopt our second child, Sophie, who was three months old. In fact, we had been told it was unlikely that we would have another baby as Don was getting too old! So we went to Disneyland Paris and blew our savings, only to find Sophie waiting for us when we got back!

I can see now that God had a plan for us. ?At the time, it was not the plan that I wanted, ?but it was his timing and an answer to prayer. ?It was not for us to have natural children, but ?we do have a happy family now. That’s not ?to say life is perfect as Sophie has Asperger’s ?and that hasn’t been easy.

I don’t think I can honestly say I was a Christian early on, despite going to church most of my life. I didn’t really make a commitment until Sam was about two years old. Don came to faith soon after and is now a deacon. Looking back, I can see that God was with us all the way through. It’s so hard to comfort those who long for a baby – I can’t promise that God will answer your prayers as he did for us, but he will always be with you.

Hindsight is a wonderful thing. Waiting for ?a baby is never easy. It does hurt and we may have to wait many, many years to see his plan come to fruition, but in these down times ?God will be there and make his presence felt. Don’t wait all those years to lean on him like ?I did – I have learned that he understands when nobody else can.

Retired midwife and district nurse Millie Jones (77) from Minehead had given up waiting for the right man to come along when she was 40 but, eight years ago, she married 85-year-old Kenneth, who had been a missionary in Brazil for 50 years. The couple live in Minehead and attend Alcombe Evangelical Church.

When I was younger, I wanted to get married and there were times when I got frustrated and cried out to God asking “Why?”. He would always comfort me and there would be other things to do, especially getting to know him and his Word more. I must admit it was a struggle, but I knew that if I constantly asked “Why me?” I would miss God’s plan for me at that time, so I chose not to think what would, could, or might have been.

I found my life was complete in him and I was quite content to be single. Every year, after I retired, I visited Israel to learn about the language and worked helping people in a distribution centre.

Then I helped to care for a dying friend, Dorothy and became friends with her husband Kenneth. I began to help him with his ministry in writing Bible notes in Portuguese and he proposed two years later.

He needed help with all his work and seemed to think that I was the right one for him, but I was not sure about it. Marriage was certainly not on my agenda and I was very shocked when he asked me. “No” was my way of thinking, but I gradually came to say “Yes”.

After being on my own for so long, it has been quite a challenge to adjust to a very different life – one of sharing everything and trusting the Lord Jesus to help me run the race before me. But it’s been a great joy.

My husband’s books have been translated into English and eight other languages, most recently into the Somali language, so the work continues. I am now my husband’s carer, but I am able to attend a ladies’ prayer group, praying for women in the town and also help to produce a women’s magazine.

I would like to encourage anyone who is struggling with a longing for marriage to accept that Jesus is the answer to our every need. He is our bridegroom and we need to learn to love him and be in love with him, as he is in love with us. I got to the point when he was enough, but he knew the timing for me. I remember going home crying over a broken relationship in my 20s and my mum saying that maybe it would happen later on in my life. She was right!

‘I waited 35 years for my husband to become a Christian’

Liz Bolderston and her husband Martin live in Wansford, Northamptonshire and worship at St George’s Church, as well as their local village church. They have been involved in leading an Alpha group in their home and also host house group meetings. They have two grown-up children and five grandchildren.

Although we had both been brought up to go to Sunday school and I would have ?called myself a Christian, I was not born again by the Spirit of God until a few months after we married. This was quite difficult for my husband, as I was so enthusiastic about my new, living faith in God. Usually, my husband came to church with me, but when he gives his testimony, he says that this was because he loved me and also because “things could get a bit miserable if he didn’t come too”. I guess he is right.

Looking back, I did attempt to get Martin to go to the ‘right meeting’ with the ‘right speaker’. There were many disappointments, but God’s grace was sufficient and friends were so very encouraging and prayerful. There were times when he seemed so close to accepting Jesus as his Saviour, but then life would go on as before.

A dear Irish lady, who had prayed for her husband for 40 years, told me: “My dear, you just keep loving as God loves you, whether he comes to know Jesus or he doesn’t.”

I think it is good to remember that in our walk of faith we ‘wait on God’, rather than waiting for something to happen in our time. We read in God’s Word that “those who hope in the Lord will renew their strength”. Maybe it’s when we think there appears to be nothing happening that God is doing his deepest, refining of the believing partner. It is a great privilege to pray for the one closest to you and I remember doing this whilst Martin was asleep. An elderly friend of ours also prayed daily and with faith.

Twelve years ago, we moved to Pembrokeshire. We ran a bed and breakfast for nine years and it was during this time that Martin suggested we should go to a church service one Sunday morning.

The Holy Spirit was moving in his life and, just a couple of months later, God spoke to him; and through the wise counsel of a born-again vicar, he gave his life to Christ. Martin was afraid I might do cartwheels on the lawn when he told me!

Unbelievably, having waited such a long time for this momentous day, I was busy serving newly arrived guests with their welcome tea, so he had to wait patiently for an hour before we could pray the prayer of commitment together!
In the words of the Wise Men, I “rejoiced with exceeding great joy” to see my long-awaited prayer answered.