March 2011 Cause for Concern 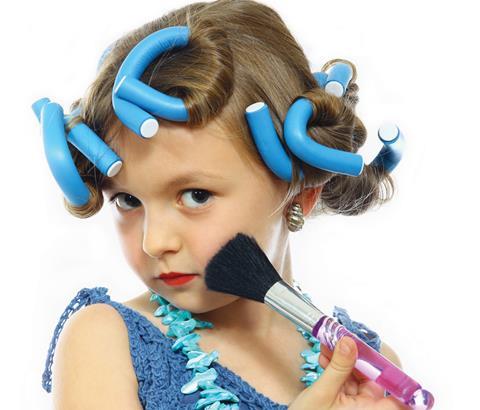 Underage but oversexed: What are we doing to our children?

If you’ve ever found yourself saying to your child, “Where did you pick that up?” you’re not alone. Concern over what is influencing our children might once have been the preserve of pro-family groups, the church  and so-called moral crusaders, but it has now become a national conversation.

From the bizarre - high heels for babies - to the disconcerting - padded bras for seven-year-olds - and the controversy over sex and relationships education in primary schools, the trend towards the sexualisation of children has now come to the attention of a broad spectrum of people including: politicians, psychologists, teachers, doctors, feminists, sociologists, conservatives and, most of all, parents.

So what, or rather who is driving it? There appear to be two main channels through which sexual influence is impacting on children.  One is commerce and the other, surprisingly, is education.

The impact commerce is having on children came under discussion in a recent Home Office review carried out by psychologist Linda Papadopoulos. It revealed that children are being increasingly exposed to sexual imagery through advertising, computer games and other forms of media. This kind of conversation is leading some to claim that children in our society are now being influenced and exploited sexually for commercial reasons.

This sounds quite extreme; so what exactly is going on?  A recent report by the Mothers’ Union, entitled Bye Buy Childhood states, “the term ’commercialisation of childhood’ is now a well recognised phrase. It refers to the ‘grooming’ of children for consumerhood, and the treatment of childhood as a marketing opportunity.” Whilst few will deny children provide access to their parents’ bank balances, most might hesitate to call it sexually exploitative.

Unfortunately, there appears to be plenty of evidence that the commercialisation of childhood exposes children to inappropriate sexual material. Bye Buy Childhood states, “£350 million is spent in the UK each year on persuading children to consume. The use of sexualised content to sell to children and the imposition of sexuality on children to market goods are particularly abhorrent.”

One mother complained that her six-year-old had been found watching a sexually suggestive pop music DVD. Another said she had abandoned shopping for her daughters in budget clothing stores because much of what was on offer, even for girls as young as seven, was too suggestive.

Teen magazines continually give out the message that looking good should be a girl’s main preoccupation. A recent Girlguiding UK report says, “Half of girls believe that it is important to be attractive to the opposite sex and the most common use of the internet for 8 to 11 year olds in the UK is the playing of online games. There are a wide variety of internet games aimed at children – including those of a sexualised nature. Girls report being under increasing pressures to display themselves in their ‘bra and knickers’ or bikinis online, whereas boys seek to display their bodies in a hyper-masculine way”.

No wonder this subject was raised by David Cameron in the 2010 pre-election campaign, where he called for an end to the “inappropriate sexualisation” of children. Whilst relatively few sexualised products are specifically aimed at children, it is more the case, as the Home Office review states, that the ‘drip drip’ effect of sexualised marketing and media in general is blurring the lines between children’s and adults’ media.

Parent groups have also started to raise the alarm. In 2010 parent networking site Mumsnet launched the campaign Let Girls Be Girls, which grew from its members’ growing observation that an increasingly sexualised culture was toxically invading their children’s lives, and website networking mums put pressure on retail outlets to stop selling Lolita beds.

Yet for others, their concern doesn’t end with the commercialisation of childhood and its potential to harm. Some are now talking about the sexualisation of children through the education system.  For decades sex education has been standard fare in secondary schools for pubescent children. However, in response to Britain’s high teenage pregnancy rate, the government increased recommendations that sex education be taught in primary schools. This is now known as sex and relationships education (SRE), and is taught as part of Personal Social and Health Education (PSHE).

Some of the material being used for SRE has prompted protests. One parent, Lisa Bullivant, made national news when she objected to the use of inappropriate materials in her child’s school. “Following the lessons, my daughter came home and tearfully informed me that she had learnt about sex and that it had frightened and upset her. The effects of what our children had been taught became alarmingly apparent. Children were found simulating sex, others were openly stating to their parents that they now wanted to have sex.”

Concern has also been expressed about the introduction of on-site sexual health clinics in secondary schools.  At present around a third of secondary schools in England have clinics.  The morning after pill (MAP) is available to one million school girls and pupils as young as 11 have easy access to emergency contraception, pregnancy testing and abortion referral, without their parents knowing. Dr Kim Todd of Lovewise says, “Very young children are going through dreadful traumas without any real adult support.”

Questions are now being asked about the effectiveness of these measures. Last year, alarming statistics revealed that 21 girls under the age of 16 fall pregnant every day. The Teenage Pregnancy Strategy, announced in 1998, which aimed to half teenage pregnancy rates by 2010, has so far cost the tax payer £280,000,000, and while teenage pregnancy rates have hardly been dented, SRE itself has, for some, become a battleground for the protection of children’s innocence.

Of course, not everyone sees it that way, and the debate as to whether early sex and relationships education actually results in fewer teenage pregnancies and incidences of sexually transmitted diseases rages on, both in government and media. Christian pro-family groups are at loggerheads with the sex education lobby, the former arguing that early sex education encourages experimentation and the latter that the early transmission of information on sexual matters, including homosexuality, will result in less ignorance and more responsible behaviour amongst under 18s.

The truth is those who support this social experiment on children don’t actually know what the long-term implications will be. An indicator of what is to come is that in 1990, only 10.3% of women had had their first sexual encounter under the age of 16, but in 2000 that had risen to 20.4%.

Dr Trevor Stammers, Programme Director at St Mary’s University College, says, “There is an inexorable rise in sexually transmitted infections in the under 18s and an explosion in the same amongst 11 and 12-year-olds. If there is no change in behaviour, the numbers affected may double in five years.”

Given that commerce and sex education seem to be here to stay, what can be done to protect our children from any negative fallout?  Concerning commerce, there are already regulations and guidelines in place which prohibit the portrayal of children in a sexualised manner. Both the British Committee of Advertising Practice (BCAP) and the Advertising Standards Authority (ASA) regulate advertising aimed at children.

The Teenage Magazine Arbitration Panel (TMAP) aims to ensure “that the sexual content of teenage magazines is presented in a responsible and appropriate manner”. The Pan-European Game Information (PEGI) age rating system, used to classify computer games, has an independent complaints board. Yet these guidelines only really work if people actually notice non-compliance and complain about it.

According to the Mothers’ Union, reversing the sexualisation of children cannot be achieved through one measure alone. “It requires families to reflect on their consumer habits and to take positive action; civil society, academics and NGOs to continue raising awareness and press for change; industry to manufacture, market and sell responsibly; regulators to be effective and government to intercede where it can, especially in protecting children from the ‘sex sells’ approach.”

SRE is currently provided at the discretion of the school in consultation with school governors and parents, and this includes the kind of materials being used. Under the Freedom of Information Act (FOI), parents have the right to see the school’s SRE policy and materials. Raising awareness amongst other parents and asking to discuss the matter with the head teacher are all valid starting points.

Parents can also add their voice to Christian and pro-family pressure groups which stand in opposition to inappropriate sex education and its being made a statutory part of the curriculum.

These groups usually support the view that it is important for sex and relationships education to remain optional, de-centralised and retaining the parental right of withdrawal throughout the school years. Other voices call for sex education to be scrapped altogether in schools and the responsibility given back to parents.

Naturally, the people best placed to bring change in these areas are parents, who have a God-given responsibility for and authority over their children. Yet the problems run deep because they are rooted in contemporary western culture’s rejection of God and the Bible. Solutions may therefore be a long time coming.

Commenting on the sexualisation of children, Dale Kuehne, Professor of Ethics at Saint Anselm College in the US says, “the primary source of authority is no longer God but the individual, and the resultant collateral damage that will be done to children may be so profound we might never recover.”

Organisations which campaign and provide information on SRE