Losing the man who was always by her side 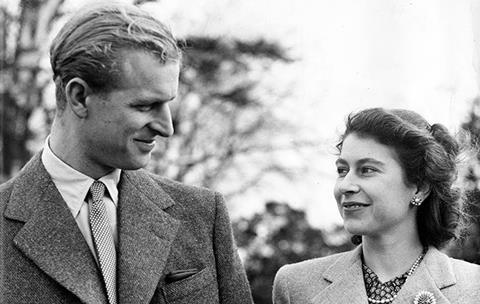 Having watched my dad (mainly from afar due to Covid) cope with the death of my mum just over a year ago, when we were told the news that Prince Philip had passed away I was immediately reminded of how tough it is to lose a life-time partner. How lost and alone you can feel.

I was also struck by Rachel Gardner’s comment on social media: “Today our Queen is simply a woman who has lost her beloved husband of 70 years.” How true that is.

For any couple, reaching the milestone of 70 years of marriage is enormous, and it is so sad that Prince Philip was so close to his 100th birthday. Yes, they certainly had a privileged existence, but they also had duties that would have added extra strain to their relationship.

Deep down, however, they were still a couple who managed to stick together for an incredible amount of time. In my forthcoming book (written with my husband), Grace-Filled Marriage, blogger Lucy Rycroft from The Hope-filled Family, commented on the lessons she learned about marriage from watching The Crown: “Obviously a work of fiction…the script has been written to highlight tensions and situations that are very believable…One thing I particularly like is the way Queen Elizabeth and Prince Philip’s marriage is portrayed, warts and all.”

Lucy looked at an episode during which the Queen finished a gruelling world tour, and Prince Philip went on his own tour for a month. On his return, the Queen spoke to him candidly about the fact that divorce was not an option for them. She asked what it would take for him to be invested wholeheartedly in their marriage once more.

Faith as the fuel

That episode obviously covered both the sense of duty and the fact that the marriage was under pressure. While we don’t know exactly what happened within their marriage, it is easy to imagine that there could have been moments like that. Knowing how strong the Queen’s faith is, I can also imagine that it helped strengthen and keep her resolve within the hardest moments of her marriage, as well as other scenarios.

While we might not face the same situations that they did in their marriage, each one of our relationships will face different stresses and strains. May our faith fuel our responses too.

I am sure that the Queen is feeling the full weight of grief right now – and that she will continue journeying with it. While a strong, solid figure, she is also an elderly woman who no longer has the man who was always by her side. That is going to take some getting used to, however many ‘officials’ she has around her day by day.

While the prince had been ill for some time, when a loved one finally dies the pang of separation is no less because it was expected. But his passing should remind us all of two things: 1. the importance of togetherness in our marriages, whatever pressure it may be under; 2. how vital it is to be thankful for one another every single day, as we never know when it will be our last one together.

Let us pray for our Queen, that she may be comforted by God’s presence in her grief. And may we take time to reflect on our own relationships and thank God for them.