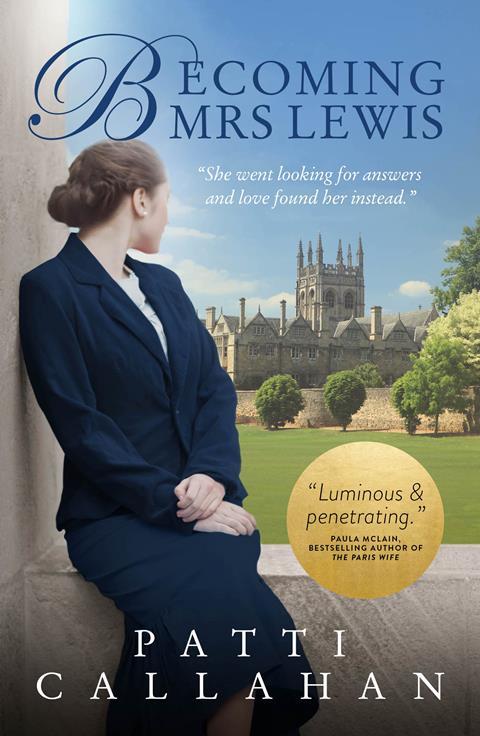 I arrived home in London from overseas, jetlagged. In the foggy moments of coming back to myself, what better than to pick up a book and read? The novel I chose was Becoming Mrs Lewis, and I was wary at first, for it’s fiction based on real-life people.

Although I’m not an expert on Joy Davidman and C S Lewis, I’ve read some books by and about them, so I wondered how this novelisation would fare. On the whole, with a few provisos, very well.

Writing from the point of view of Joy, the author brings alive their story. She successfully gives voice to a woman who became increasingly important to Lewis in his own thinking and writing – and personal life.

The story begins briefly in Joy’s childhood before moving to her troubled first marriage to Bill, a fellow writer who became a jealous – and philandering – husband. Seeking to understand a spiritual experience, Joy writes to Lewis, and soon they correspond regularly.

When Joy’s health starts to fail and the doctors order her to rest, she travels alone, without her children, to England from New York for more than six months. (Not something many mothers today would countenance.) For many, the story is so familiar, but to avoid spoilers I’ll leave it there – although by the mere title you’ll figure out what happens!

What I appreciated about the novel was feeling like I was there with Joy, experiencing her relationship with Lewis and his brother Warnie, and all of the wonder (and sometimes pain) of life in literary England. I liked the fleshing out of Joy’s life before Lewis. And I pondered the emphasis on their moral choices, such as when Lewis explained to Joy why he wouldn’t pursue a relationship with a divorcée: “I’ve spent all of my life in an attempt to find Truth and moral good, and then to live it. I can’t discard my moral habits for feelings, which are just that – feelings.” (In contrast, how many today use feelings as their moral compass?)

But I found a few things jarring, even in the later British edition of this novel written by an American.

For instance, I can’t imagine an Oxford don, George Sayer, saying in polite conversation, “You obviously haven’t yet seen the bloody English fog.” (Followed by him saying “jolly fine” in the following sentence.) Or of Joy and Lewis and the boys eating “clotted cream and biscuits,” by which I’m guessing the author meant scones with cream (and jam).

If you can overlook those small errors in translation, however, and stretch your imagination, Becoming Mrs Lewis is an engaging read of what could have happened between two interesting and influential people.