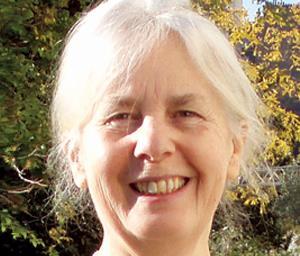 ‘My dementia is a glorious opportunity’

Many people fear dementia, but Jennifer Bute, a retired GP diagnosed with early onset Alzheimer’s in 2009, chooses to see it as a gift and another opportunity to serve God

I am sometimes asked how my dementia has affected my relationship with the Lord. My first reaction is to say it is the other way round. It is an unexpected gift and a privilege to understand dementia now from different perspectives.

I had a wonderful, godly father who brought me up to question everything and think outside the box. My mother died when I was four and he did a brilliant job bringing up four girls for the next 10 years, until he married again. He taught me so much by the way he dealt with life’s adverse events and I often thought his suffering was allowed for our benefit, so that we could learn from him how to handle such trials. From a child, I learnt that I could live each day in God’s strength and each choice to involve God made the next choice to turn to him easier.

I qualified from medical school in 1968, having spent four months at Nqutu (Zululand) as a student. After gaining lots of practical experience in the UK in various medical departments, I returned to Zululand where I worked at Mseleni Mission Hospital. I had told God I was not prepared to be alone in charge of a mission hospital, but it is always unwise to say that kind of thing, as God has a habit of making us face our ‘refusals’ to prove his great grace and power. I learnt so much there about the tremendous power of prayer. Folk in the UK who prayed for me also provided spiritual protection and strength. I noticed when they stopped praying!

I returned to the UK and married Stanley, whom I had met when he was head student at All Nations (my father was the principal). We had three children and, when they were all at school, I entered general practice where I worked for 25 years. My father had vascular dementia, but he still knew who God was and could still pray fervently, even when he no longer knew who I was.

I had a mini stroke in 1994, but I did not stop working. However, I noticed that I was often getting seriously lost when visiting patients, so I bought a satnav. In January 2005, I had an episode of confusion whilst shopping, when I was unable to talk, or pack the shopping into bags at the check-out. I was referred to a specialist hospital consultant who told me, before I even sat down, that there was nothing the matter with me.

I felt humiliated and so I just determined to find better ways of coping. Stanley was good at practical solutions and set up timer switches on the iron. At work, I set up checks on my computer to ensure I was safe and, when greeted enthusiastically by people I thought I did not know, I just responded in kind.

I had a defining moment when chairing a conference at my surgery where I was a GP. I kept asking who everyone was, although they assured me they had known me for 20 years. I realised something really was the matter and after collapsing on a long haul flight and needing to be met by a medical team on touchdown, I reluctantly agreed to be referred to hospital again.

Tests included a two-day session with a specialist consultant, who told me my intelligence enabled me to cover up and find unusual ways of solving problems. She could not say if I was, or would continue to be, safe working. I could not consider anything less than my previous high standards so I resigned, much to everyone’s surprise, as no one had any idea of the extent of my cover up. I loved my work.

It wasn’t until later, in May 2009, when I saw another consultant who specialised in dementia, that I had a definite diagnosis of early onset Alzheimer’s.

Stanley and I had thought of serving God together in Africa once I retired. He had been working with Tearfund’s Disaster Relief Team around the world and, back in 2001, I had returned to Mseleni for a sabbatical 30 years after first working there. I found it extremely difficult because I often felt out of my depth with the responsibilities and demands, and had to live each day in God’s strength. I was the only doctor in outpatients/casualty and saw hundreds of patients every day. I was really surprised at the way God used the situation to honour him.

When I received the diagnosis, we realised that neither of us could return to Africa. We both believed that it is not what we do for God, but how we walk with him – our heart’s attitude – that matters. So I said, “Well, Lord, here I am with Alzheimer’s. I accept this unexpected gift from you and I’ll see what you can do with it!”

I love the phrase, “Today is a gift from God that is why it is called the Present.” I had learnt, when Stanley was away for months at a time over the previous decade, that God’s present for me was Stanley’s frequent absence. In the New Testament, the apostle Paul writes that if we accept his gifts with both hands (enthusiastically), God can show his glory and he had certainly done that during those years. So it was not hard to respond positively to a more permanent ‘present’ of dementia.

Medication made a tremendous difference to me. Most significantly, it initially abolished my awful hallucinations and enabled me to regain coherent speech, although now things are not quite so good. Reading is hard. I used to speed-read and I find trying to read each word separately (which means nothing without a context) too exhausting. Each new difficulty is a challenge and I seek new coping mechanisms.

I was amazed at my church’s attitude to people with dementia, which indicated they did not understand many basic principles. I thought I could not bear to be treated like that when I became worse, so I persuaded my church to let me give a talk to the pastoral and staff team. This was so well received that I was asked to have it recorded and my son set up a website www.gloriousopportunity.org where folk could watch it. I have also written several leaflets and these can be downloaded and adapted for various uses. I have been encouraged as several churches have adopted the visiting suggestions.

I feel passionately that people with dementia should be as important to churches as anyone else because God sees us complete in Christ. We are all valuable members of his body. One Sunday, a friend passed me a note in church (I had said to her I was unravelling and it was a challenge) saying her grandmother only unravelled things to make them more relevantly useful! This was a great encouragement to me!

We moved in April 2011 to Sandford Station, a place with on-site dementia care with brilliant staff and facilities. Stanley died quite unexpectedly four months after we arrived, but I was very aware of God’s hand of care and loving timing through this change. I am so glad that I live here, as I am able to gain so much from talking with other people and their carers, listening to their stories, encouraging them and helping them understand some of their behaviours.

I am always learning and have started a twice weekly ‘Japanese Memory Group’. We do not learn Japanese, but have taken on the Japanese ethos of increasing respect for folk as they grow older and a Japanese professor’s belief in being able to retrain the brain. One of my joys is that God is the God of the whole earth; every tribe and nation will one day praise him. We need all cultures to reflect the greatness of his character.

It has been exciting to listen to the Bible in large chunks from the perspective of someone with dementia. When I have hallucinations that make me question the borders between what is real and what is not, I am encouraged that even though we cannot see God, he does not change. He even uses our weaknesses to further his purposes, as he did with Samson and Moses.

When I stay in, because I get lost if I go out, or hurry to complete something before I forget, I rejoice that there is a highway where we can never get lost; where we can linger, as it is clearly signposted with God’s decisions (Isaiah 26 Message). When I revert to behaviour previously left behind as an adult, I hear Jesus saying we need to become like little children to enter his kingdom.

I have had opportunities to do staff training locally and also speak to groups of carers further afield and at conferences on dementia. I am amazed how things have progressed, as I also respond to questions and concerns through my website from folk around the world, which is such a privilege. Each day is an opportunity to share what I have learnt within the certainty of knowing God’s love and acceptance as I am. Nothing is wasted in God’s economy.

Could you help someone with dementia?

The government wants to train a million people in England by 2015 to become “dementia friends”, able to spot signs of the illness and help sufferers.

Nearly 700,000 people in England are affected by the condition and the number of people with dementia is expected to double in the next 30 years because more people are living longer.

Prime Minister David Cameron has said dementia is a national crisis and has already promised to double the research budget for the disease to £66m by 2015. He says he hopes the new scheme, adapted from a similar programme in Japan that recruited three million volunteers, will help people to spot the signs of the disease and to provide support.

Sessions in workplaces and town halls across the country will explain what dementia is, what it is like to have the condition and what people can do to help if they meet someone with the symptoms. It is hoped that charities, businesses and the wider public will get involved.

To register your interest, visit www.dementiafriends.org.uk or text Friend to 88080.