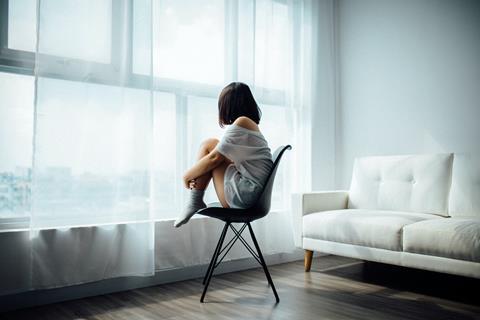 During the early part of the 2020 lockdown, living alone, I felt a profound isolation. I was tremendously glad of my work – I work from home – but my social life, of course, collapsed. And what followed surprised me.

I started to question everything. Did I miss church? I used to love spending Sundays with my friends, meeting after church for coffee and doing a bit of shopping. But hang on… was that the reason I used to enjoy church? Because of the social side?

People have said that they drew closer to God during lockdown; more time to reflect, more time to review their lives with him. But my initial experience was completely different. I began to wonder if I was a ‘professional Christian’; a semi-detached believer. I knew the right words, I knew what to say to be Christian – but where was my heart?

No speaking engagements, no chaplaincy… who was I without my ‘ministry’?

When I was younger I was very ill, and found myself in a place of total dependency on God. As my health improved, I realised that I had begun to depend on myself again without even realising it. I used to hear from God when I was really isolated through agoraphobia following that serious illness. Jesus was my friend and companion; I discovered, along with many who have found themselves in that situation, that when all was taken away, instead of nothing, there was God, in a very real sense. But was he everything, any more? I’d thought so. Maybe I was wrong.

It’s true that when everything is stripped back, you are faced with who you really are. I couldn’t cover the emptiness with seeing friends, coffee, speaking engagements. And there was emptiness. It was me, alone. Where was God? And where was I, with God?

I was honest. I told him I was empty; that I didn’t understand. And it was then that things changed.

It was as if I was walking along a beach with Jesus. Then he bent down to write in the sand as I offloaded my doubts, fears and questions. I remembered the Bible passage where he stooped and wrote on the ground. Had I been too honest with him? Like the woman caught in adultery, would he tell me to go and sin no more?

Eventually I looked at what he had written and it seemed to make no sense to me. A messy pattern. I said, ‘I don’t understand.’ And he replied, ‘Does it matter?’

No. It doesn’t. He is alive. He loves me. He doesn’t condemn me. He accepts me. He is faithful… even when I am not. He knows me. And in that knowing, there can be rest.

This world is a broken one. There are pandemics, hurts and wrongs. Jesus said in this world we would have trouble, but that he had overcome the world (John 16:33). But I tend to forget, nothing takes him by surprise. He sees the end from the beginning. And he has already made a way for me, a way he has already planned.

When Jesus walked the earth, we can see the kingdom of God breaking out in an often dark, uncertain and troubled world. And he says that kingdom is within us (Luke 17:21, NKJV). He’s in us, within us. We may not understand, but we can trust, and in doing so, let the kingdom leak out of us, to the person in front of us, whoever they are: the scared, the fragmented, the doubters. No condemnation. All are welcome.

Sheila Jacobs is an award-winning author of 17 books to date, including Humbug and Happiness (DLT), and a freelance editor, working for several Christian UK publishers. She loves encouraging new authors, and has just had an eBook published, An Editor’s Brief Guide to Writing (Malcolm Down). One of her novels, Watchers, is being reprinted this year (Malcolm Down). Sheila is a also day chaplain in a retreat house, where she is hoping to run a series of writing workshops in 2021.

Photo by Anthony Tran on Unsplash