I discovered I was a food addict 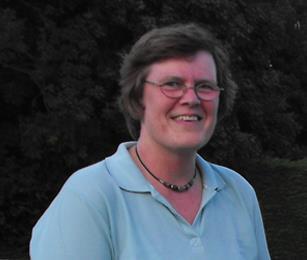 Hilary Browne struggled with compulsive overeating for many years before discovering that she had a recognised medical condition. Now, she wants to educate and encourage others to break free and live life to the full

I frequently ate far more than I needed and, despite the ample meals my mother provided for the family, I helped myself to things from cupboards in our kitchen and even took money from my mother’s purse so that I could go to the shop on the way home from school and buy more food. I knew this was not right and I did not like it, but I could not stop.

In my teens I became a Christian and realised the way I was living did not please God. I swallowed my pride on three occasions and asked for help from people I trusted, but each one thought I was simply worried about my weight. They didn’t realise I carried a far greater burden than extra pounds. As a result of those experiences, I buried the problem deep inside where I thought no one could see it. I was so ashamed.

Over the years I tried to exercise self-control and there were times when I managed to lose weight and temporarily felt better about myself. But when anything happened to upset those feelings of well-being I turned again to food, and both life and my weight spiralled out of control. At those times I could not eat just one biscuit or one slice of cake. Once I had the taste in my mouth, it would play on my mind until I was alone in the kitchen and could finish the packet or empty the cake tin.

I prayed about this continuously. I cried out to God, begging him to take the strong cravings away, but still they continued. I asked for willpower to withstand the cravings and sometimes I could, but at other times they controlled me. Life was then a real struggle and, as the years passed, the struggle became harder.

I compared my craving for food with an alcoholic’s craving for drink, and often envied alcoholics because they could put the stopper in the bottle. There did not seem to be a way for me to do that as I had no option but to eat every day.

In early 2014 I came to the conclusion that I was never going to find an answer to my problem. I was obese, depressed and felt my life was crippled emotionally, mentally and spiritually, as well as physically.

In desperation I searched the internet and to my surprise I discovered that food addiction was a recognised condition. Scientists had shown that for some people certain foods were toxic, causing chemical reactions in the brain which produced powerful cravings in just the same way as alcohol does for an alcoholic.

I read every word on the subject I could find and learned that it was refined carbohydrates which caused my cravings. For someone with this condition, one bite of any food containing sugar or flour had the potential to cause major problems.

I believed God had brought me to the answer I had been seeking for over 50 years, and with real hope in my heart I prayed about what I’d discovered.

God gave me a picture of a dungeon. There was a figure inside cowering in a corner, but the door was open and light was flooding in. God showed me that I was that figure. To be free, all I had to do was get up and walk out.

I knew cutting out flour and sugar from my diet for the rest of my life was an enormous step, but it felt like a life and death moment for me. So, I handed it all over to God and began to plan my meals carefully. I ate only what I had planned and nothing else. During one of my internet searches I had added the word ‘Christian’ to ‘food addiction’ and found an online ministry called Full of Faith led by a wonderful woman called Pam, a food addict herself. She’s based in Auburn, Massachusetts, but thanks to modern technology I was able to join the online food addicts’ support group that she runs. This has helped me to understand the condition and to learn how, with God’s help, to cope with the practical issues of eating in this new way.

I now have a basic food plan, which gives me a framework on which to plan my meals and I know that as long as I stick to this I am safe and my eating will not go out of control. I no longer have to endure that awful battle in my head.

I have also had to learn how to cope with my various emotions without turning to food. I had certainly been a comfort eater, but I used to eat when I was happy, sad, joyful, tired, bored or angry ... Now I am learning to turn to God to meet those needs in a different way.

With this new way of eating, my weight has dropped by just over seven stone and has stayed at the same level for the last year. Whilst being free of the addiction was my first priority, it feels very good now to be living in a normal sized body – something I thought would never happen to me.