Facing the year ahead 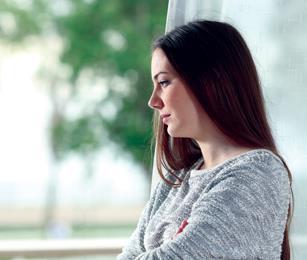 From 2 Samuel 13 onwards, David’s life seemed to be hit by one problem after another, with barely a glimpse of temporary relief along the way. Some could have been avoided, others David contributed to and made worse. Could that be true of us?

Could our problems have been avoided?

Whilst not all of David’s problems had a discernible beginning which he might have avoided, some definitely did.

The obvious ones are those that were prophetically pronounced in response to his behaviour; the judgement, for example, given after his adulterous affair with Bathsheba and the killing of her husband – ‘“This is what the Lord says: ‘Out of your own household I am going to bring calamity upon you. Before your very eyes I will take your wives and give them to one who is closest to you, and he will lie with your wives in broad daylight’” (2 Samuel 12:11). This divine pronouncement was fulfilled when Absalom bedded David’s concubines in a tent in public view, as part of his attempt to usurp his father’s throne (15:16; 16:21–22. See also another example in 24:10–16).

What about us? Does God’s Word speak directly of the potential effect of something we have done? If so, consider David who, despite the pain of his own consequences, accepted the Lord’s judgement and entrusted himself into his hands – forgiving, loving, faithful, redeeming hands (see 12:13–23; 15:14–18,24–26).

Whatever we may have done, let’s be encouraged to draw close to God, even as he disciplines us, trusting ourselves into his goodness and unfailing love. As we do, we will experience afresh his peace and hope, even in our sadness; receiving assurance from God’s forgiveness and faithfulness (Hebrews 12:4–6; 1 John 1:9; 2 Timothy 2:13).

Have we contributed to the ongoing development of our problems?

Some of David’s problems may not have arisen through his own obvious fault, but he contributed to their growth.

For three years, David longed to see his son Absalom, who had fled his father’s presence after killing his brother, Amnon (13:38–39). And yet, David made no attempt to reach out with forgiveness and reconciliation. David naturally felt grief as well as anger at what Absalom had done; he loved his son, but evidently struggled to reconcile his love with a sense of his need for justice. And so, he did nothing.

Allowing anger to fester and brew, no matter the gravity of the sin, distracts us from God’s heart for reconciliation and forgiveness (Ephesians 4:26–27). We can only begin to imagine the remorse, hurt and hopelessness that Absalom may have felt, which when left untreated, spawned thoughts of further contempt.

Sadly, we have all sinned and grieved God. Through Jesus, however, we enjoy the blessings of being reconciled to our Father who, in turn, has entrusted us with his ministry of reconciliation. We are all called to convey and reflect in words and actions, the truth that God does not count people’s sins against them, and wants them to be reunited with him (2 Corinthians 5:18–20). But if, like David, we do nothing to convey that forgiveness, or proactively seek reconciliation, the problem will remain, and in time, may morph into something even worse.

Are our problems being fed by communication breakdown?

Eventually, David was challenged and convicted that he should invite Absalom home, for “God does not take away life; instead he devises ways so that a banished person may not remain estranged from him” (14:14). But although David’s actions were right, his heart betrayed the truth that it was just a shallow outward appearance, for he refused to see his son, face to face (14:24).

Yet another two years passed, as Absalom’s disappointment grew into bitter resentment; and by the time he persuaded his father to see him, the root had fast grown into plans for deceit and revenge (14:27–15:12).

Like David, not all of our relational problems originate from something we have directly done wrong, but perhaps there may be something we can proactively seek to do, to breach any void of silence. Allowing anger or hurt to be expressed might stop it from growing into something worse, but doing so may need a humble, gracious, ‘first to listen, second to speak’, approach. And when we listen, let’s listen well and allow God to mould our response.

God’s promises to us

Whatever small or great part David played in the birth and longevity of his problems, God remained faithful to his promises; faithful to justice and discipline, faithful in forgiveness, faithful in provision, faithful as a redeemer. David’s throne was restored to him, David learned from his mistakes, David experienced God’s practical care and provision, David found peace in forgiveness and hope in redemption – that despite his mistakes, God would choose who of David’s line would succeed him as king (note for example, 2 Samuel 17:14; 17:27–29; 1 Kings 1).

God is faithful to us too (1 Corinthians 1:9). If you need to hear and receive this truth for yourself, consider the following:

“A bruised reed he will not break, and a smouldering wick he will not snuff out” (Isaiah 42:3a).
“[be] confident of this, that he who began a good work in you will carry it on to completion until the day of Christ Jesus” (Philippians 1:6).

“God opposes the proud but gives grace to the humble. Humble yourselves, therefore, under God’s mighty hand, that he may lift you up in due time. Cast all your anxiety on him because he cares for you” (1 Peter 5:5b–7).

“If my people, who are called by my name, will humble themselves and pray and seek my face and turn from their wicked ways, then will I hear from heaven and will forgive their sin and will heal their land” (2 Chronicles 7:14).

But, what if I’m not at fault?

Our study reminds us how God met with David in the place of his difficulties in different ways at different times: with guidance, practical kindness, supporting friendships, divine intervention, deliverance, or victory. There is so much to be grateful for, especially when we may have played a part in the original problem.

It can be harder to be grateful, however, when we suffer problems though we’ve played no part in their onset or development. If you are feeling hurt or confused because God has not resolved your problems, turn to God’s Word and meditate on his promises.

“… In this world you will have trouble. But take heart! I have overcome the world”(John 16:33b)
This is not a promise we ask for in prayer, but it is true for us all. We live in enemy territory – a spiritual enemy who works constantly against God through attempts to undermine our belief and trust in Jesus, to discourage and disillusion us, distract and exhaust, tempt and condemn us.

“But…” Jesus says. Jesus is in you and me through the Holy Spirit. As we live and engage with a greater awareness of his presence with us, it lifts our eyes to our true destiny and purpose – to live with God in a perfect world, and influence others to come with us too.

How might lifting your eyes to your eternal future, help give you a new perspective on the troubles of today?

This has been a pertinent verse for me in recent weeks. What was expected of me looked and felt insurmountable, except that I knew I was in God’s will. So despite the apparent problem threatening to overwhelm me, I grasped this promise, and made it my own. And with my God, I did scale that wall!

Are you assured you are in God’s will and purpose? Then claim this promise, do everything that you know you have to do, then trust God to equip you to achieve the outcome he desires.

“Those who hope in the Lord will renew their strength. They will soar on wings like eagles; they will run and not grow weary, they will walk and not be faint” (Isaiah 40:31)

Problems and heartache can be exhausting to mind, body, spirit and soul. If we focus our hope on the resolution of the problem, we may be waiting for a longer time than we would like, as our energy and possibly our faith, continues to drain away.

But if we put our hope in God – in his presence, his love, his character, purposes and promises in his Word – we will find strength to keep putting one foot in front of the other. And despite our circumstances, we will find peace and power to love and serve him, and reveal the truth of the One in whom we believe.

Choose the most pertinent verses in 2 Samuel 22 that help you to pray. Make them personal by inserting your own words. Pray in faith for God’s faithfulness to you.