Do UK churches only cater for the middle-class? 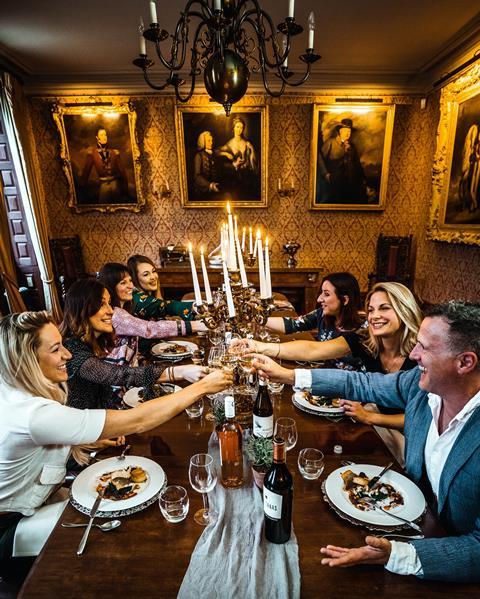 MR: You say that when you came to faith there were certain things you had to learn and understand beyond Christianity. Can you give an example?

NW: Well, for example, before I became Christian, I'd never really been to a proper dinner around someone's house. I'd never seen food served in separate dishes where you help yourself to potatoes from one dish, and meat from another, and vegetables. I honestly didn't know what was happening when this was set before me, not just the first time, but the second, the third, the fourth, the fifth. I really was just quite mystified and actually found that it really produced quite high anxiety in me to suddenly see things like that.

Another thing is, I didn't know that when you go to someone's house, like to a party or for dinner, that you're supposed to take a bottle or some drink or something to contribute. I'd been a Christian for over 10 years before someone told me that that was something that a few people have noticed that I never did, and I was kind of horrified because I had just never known that that was what you were supposed to do.

Even now, I've been a Christian over 25 years, there's still things where I'm aware that I lack certain kind of life skills or ways of thinking about certain things, or even that some of my values are very different to people around me. For a long time, I thought that was because I wasn't like Christian enough, whereas now I realised it's just that I've got a different background. Actually, there's wonderful things to take from every group of people in society. So we can all become more like Jesus together.

MR: Are you saying there's a danger that the church almost becomes a class thing?

NW: Yeah, I think absolutely. I've even noticed it myself, as I've maybe taken on some of the trappings of being middle-class: when I'm discipling someone or talking to them about certain areas of their life, I can have a tendency to try and shape them to be more like me and the congregation of my church, rather than actually to be like Jesus. I think it's so important that we're really mindful. Probably most of us have a tendency to do that, if we're honest. We think that the way we do it is the right way, or the way our church does it is the right way, whereas actually, we're all made in the image of God. He's put stuff in each one of us to reflect into those around us. We have a lot to learn!

MR: Sometimes in the UK when we think about poverty, we think about developing nations and people who have a lot less than we do, so how big a problem is poverty here in the UK?

NW: Poverty is obviously different here. There's real abject poverty in many countries around the world. There is abject poverty here too, but on a much smaller scale, but relative poverty is right here. Both relative and absolute poverty have been going up in the UK, and I think the pandemic has compounded that - exacerbated it - but also just made some of the inequalities that were there all along really much more obvious.

I'm seeing people on a regular basis in my local situation who are absolutely desperate. I've got friends who've lost jobs. I've got friends who've lost loved ones. I've got friends who are in the furlough scheme, and losing 20% of their income is actually making all the difference between whether they can pay their bills. There are people in rent arrears, people who actually know that the worst for them is yet to come because once the vaccine is fully rolled out, the economic impact will be left. It will be a legacy of the pandemic for some time to come. There are going to be literally hundreds of thousands of people out of work and unable to find jobs.

I'm also seeing a lot more people who have never experienced poverty before, so have no idea really what help is available to them or where to turn where to get help. Sorry to be a bit bleak, but I think there's worse to come in terms of the economic impact, particularly on the poorest and particularly on those who've experienced poverty for the first time than we've seen so far.

Natalie has co-authored two books: A Church for the Poor and A Call to Act.

Visit Jubilee Plus for more information about poverty and justice.