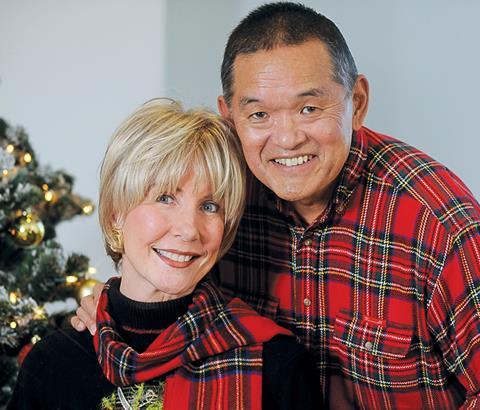 God’s Word for Mary … for you

Two figures wound their way down a dark road toward the moonlit buildings of Bethlehem. Mary, perched on a donkey, was relieved that the long journey was nearly over – every time her steed stumbled on the rocky path, she clutched her swollen abdomen.

Who could blame her for being a little unnerved? Joseph hadn’t said much about where they would stay the night. When they reached the edge of the village, Joseph pulled the donkey aside to let others pass. Mary pressed both her hands against her back and straightened for a moment to relieve her stiffness. More people streamed by, leading their pack animals. Mary’s eyes met Joseph’s – they both knew the overnight-lodges in Bethlehem would be crowded. He gathered the donkey’s reins and proceeded to the nearest inn.

I like to picture that scene, don’t you? It makes the Holy Family seem so human. Maybe if I had been walking beside Mary and Joseph, I would have heard her murmur those familiar words: “The Lord is my Shepherd, I shall not want ... yea, though I walk through the valley ... thy rod and thy staff, they comfort me.”

It’s not unusual to think that Mary would have turned to Psalm 23 as she travelled to Bethlehem. Every young Jewish woman (especially one familiar with David’s Royal City), would know that David had lived in Bethlehem a thousand years earlier. She would know that the shepherds tending their flocks on the hills above Bethlehem were David’s inspiration for the Psalm.

Perhaps during that last mile before entering Bethlehem, Mary looked up into the hills and pictured David tending his sheep on those same pastures. Maybe when she saw the shepherd’s campfires, it warmed her heart to think about the Great Shepherd who was watching over her. Never did she dream that later on, above those same fields, angels would shatter the silence and announce the birth of her son … God’s Son.

What encouraged Mary that night? It could have been Psalm 23. And perhaps the shepherds who visited her that night were God’s way of gently reminding her, “Mary, the Lord is your Shepherd.” And who knows? Perhaps the 23rd Psalm may have reminded her that she cradled in her arms the Lamb of God who would take away the sins of the world. Did she dare think she held in her arms the Good Shepherd who would lay down his life for his sheep?

These are good thoughts for the season, because Christmas can be an unsettling time with much stress and hurry. If you are facing uncertainties in your life right now, remember that the Saviour of the world is your shepherd. It may be an unusual Christmas greeting, but I think it’s appropriate; it may be the most fitting Christmas greeting of all ... say it with me now and let it be your comfort: “The Lord is my Shepherd and I have all I want.”