'God told me I had to forgive my mother'

Kemi Koleoso’s mum left when she was a child and her father remarried a woman who didn’t care for his children. She speaks with Claire Musters about the trauma she carried throughout her teenage years and encountering God in the midst of it all 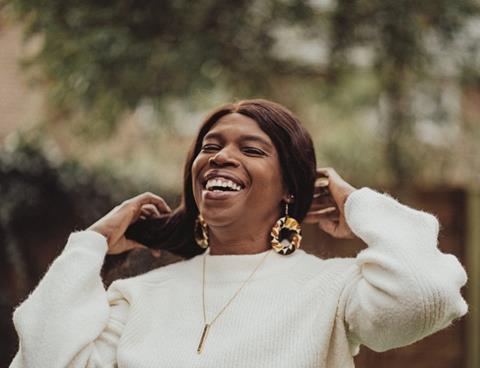 Kemi was born in London to Nigerian parents. When she was five her dad moved back to Nigeria, leaving Kemi, her mum, older brother and younger sister in England. “And then mum decided to send us to our dad unaccompanied; a ten year-old, a five-year-old and a three-year-old travelling on their own to a place they’d never been to, to meet a man that, frankly, I didn’t know.”

A year later, Kemi’s mum joined them and life seemed fine until, one day, at the age of twelve she arrived home to find her mum had gone. “My mum just left without any warning. We didn’t know they [her parents] were having problems. That had a huge impact on me and my siblings.” It was to cause a distance between Kemi and her mother that lasted many years: “I just couldn’t understand why she had done what she’d done. By then I had another sibling who was only about two years old. My brother and I ended up bringing up our youngest brother, because Mum wasn’t around to do it.” Although Kemi’s mum did try and reach out to her later, the hurt continued to be a barrier, particularly because of the situation that she and her siblings found themselves in. “My dad remarried and we lived with him and my stepmum. It was not a happy home. There was a lot of verbal abuse and neglect.”

While God had not been a part of her life at all, at the age of 14 Kemi remembers crying out to him in desperation, “If you can get me out of this situation, I’ll serve you for the rest of my life.”

When Kemi was 16 she fell out with her dad, who told her, “You’re on your own.” She ended up staying with friends and aunties.

When she was 17, Kemi went back to her dad’s for Christmas. Both her siblings had become Christians; her older brother had been sharing the gospel with her, but she had been resistant. “I’d said to him, ‘Look, I’ve managed on my own all this while, why do I need God? I thought: ‘I’ve done all right, despite not having a mum and having a dad who really didn’t care for me.” But one night God spoke to me and said: ‘You think that you’ve done all right, but actually, I’ve seen you through and I’ve carried you through.” He reminded me of what I said in my babbling prayer at the age of 14. That’s when I gave my life to Christ.”

Kemi started a degree in education, thinking she wanted to be a secondary school teacher. But when she did a school placement she hated it. She determined to finish the degree because she recognised it was a route out of her difficult past. “Very much on my mind was: ‘As soon as I finish, I’m going back to England. I don’t know what I’m going to do. But I just need to get out of the country.’” And that is exactly what Kemi did, picking up whatever work she could. Then one summer she volunteered at a summer school for children with disabilities and discovered how much she enjoyed working with the nurses. She decided to go for nurse’s training, then worked as a Macmillan nurse. While palliative care is hard, she knew it was for her. She recalls: “I felt God say the workplace was my mission field. I knew that it was for a season, but I put everything into my time out there. 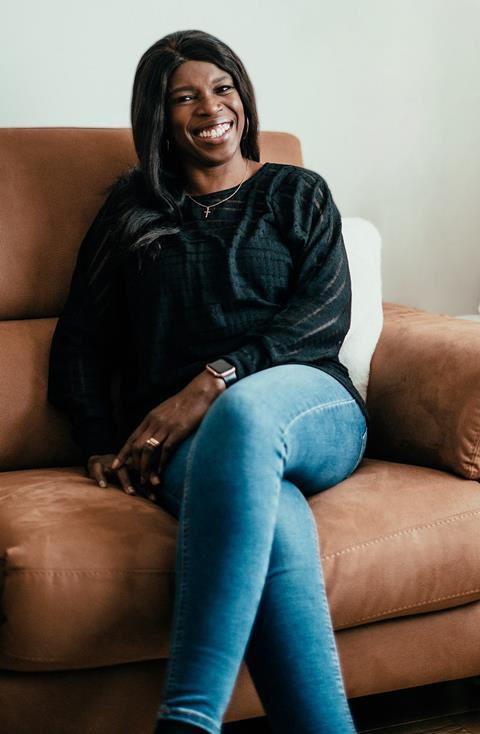 Serving God as a family

Kemi met Tope when she was at university in Nigeria but it wasn’t love at first sight. However, one summer break, she discovered he was also still on campus and they started talking.: “I suppose it was desperation as there was no one else.” Over time they became friends. Later, she left Nigeria in such a rush that she had no time to say goodbye, but she and Tope began to write letters to one another and, one day, he turned up on her doorstep in England. A relationship developed and they were married soon after.

In the early years of marriage they attended a church in south London. One day the leader shared he was going to north London to start a new church and asked them to join him. They had just had their first son, all their support was south of the river, and so Kemi really wasn’t sure to begin with, but then felt God’s prompt.

In 2005 the leader felt it was time to start another new church and wanted Tope to take over leadership of the existing one. Both Tope and Kemi struggled with the idea initially, but as they prayed, “we realised this was why God had asked us to come to north London”.

It was a manic time of juggling work, children and the church, as they had two boys with a 16-month age difference. “One of the things we learned early on is that we need to serve God as a family. So we did everything together. Personally, I learned how to balance. To know what my capacity was and learn to say no. But also not to compare myself to anybody else. I have recognised that I do have a huge capacity, but that doesn’t become what I then preach to others.

“In those days being a working mum was frowned upon in church and so I found it really difficult because I could feel the condemnation. For me work was important, not just because I felt it was what God wanted me to do. But also, we needed to eat.”

Throughout this time, Kemi still had a rocky relationship with her mum. Then, one day when she was at seminar for women, she was overcome: “I saw mums and daughters and there was this grief on the inside of me. “I cried out to God, saying, ‘I don’t understand why I couldn’t have had that.’ God replied: ‘I’m your father and I comfort you like a mother.’

Even though I might have not had the perfect upbringing, God has always been there for me. Then he said: ‘You have to forgive your mother.’ I hadn’t seen her in ten years. I had spoken to her over the phone, she’d reached out to me but I pushed her away.”

When she arrived home from the seminar, Kemi rang her mum: “I think she almost passed out when she heard my voice.” Kemi told her mum she forgave her and they both cried. Afterwards, Kemi began preparations to visit her mum, but sadly that didn’t happen because within a few months her mum had died. While it was a huge blow, Kemi is grateful they got the chance to reconcile. She also discovered that her mum had become a Christian and says, “I hold on to that hope and assurance that I will get to see her again.”

As the senior pastor’s wife, Kemi felt there was an expectation on her to “do something with the women. And so with gritted teeth, I did. We started to run women’s breakfast meetings.” After a while, Kemi noticed a change in her. “I really felt God was putting a burden on my heart for the women, and saying to me: ‘It’s more than you just filling a gap, I want you to you know that they look up to you. I want you to lead these women.” So Kemi prayed that God would direct her and, not long after, felt him ask her to expand what she was doing. “Courage Sisterhood started with a lot of people giving me words of knowledge and prophesies. In 2016, I felt God very clearly saying: ‘I want you to start a conference.’

Kemi resisted, saying that there are already plenty of women’s conferences, until God said: “I’m calling you to be what I want you to be and to reach the women that I want you to reach.” Today Kemi is a senior leader of Jubilee Church and disciples a lot of young women. “One of the things that stopped me from stepping out was lack of confidence. I’m an introvert, I was very shy, and there was a lot of fear within me. Today I love helping other women, equipping them and saying: ‘OK, you might be wired this way. But God still has a role for you. It doesn’t mean that you can’t be used by God.’”

Find out more about Courage Sisterhood at jubileecourageconference.org