As many secondary school students have been returning to school this week, Cherry Dakin from tastelife shares her own story and how she is trying to combat the rise of eating disorders among young people today 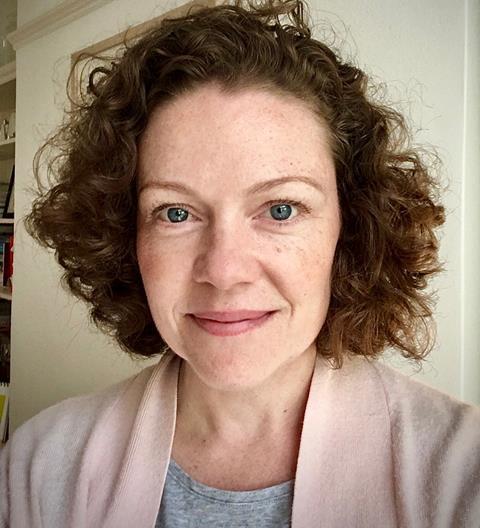 September. The word brings a range of thoughts and feelings to us all. For some children, September is a positive time: a chance to reconnect with friends or an opportunity to turn over a new leaf. For adults, it can also be a positive time as we bid our darling ones farewell at the school gate – and breathe a quiet sigh of relief! For many, it is a time to try something new or have a fresh start.

But for many children and young people, the return to school is accompanied by dread. As a child, I did not welcome the return to school either. I was bright and I had nice friends. Everyone said that I would ‘do well’. But inside I didn’t feel that at all! With hindsight I can see that I was struggling with anxiety. It’s a word we hear so much these days in relation to children and young people. So many are struggling with mental health issues.

Fast forward a few years and, as an adult and by now a fully-fledged secondary school teacher (how ironic!), September brought different thoughts and feelings. I felt excitement at the thought of new possibilities and opportunities…but also, I admit, a little bit of fear: how on earth was I going to learn another 120 names?!

The lure of dieting

However, the thing that often struck me when I was teaching was the pupils’ frequent references to dieting. They would admit to not eating breakfast or they were on some new fandangled (read: bizarre) diet. This was particularly alarming for me because I struggled with an eating disorder for many years, and it started in my mid-teens when I felt under a lot of pressure. Now whether that pressure was real or only perceived is neither here nor there. The important thing is that it was a real feeling for me, regardless of what anyone else said. My journey into an eating disorder was in many ways very typical: I thought that life would somehow be better if I was a bit slimmer. So I went on a diet, but the target of feeling ‘better’ always eluded me – so I’d try harder. And harder.

In my mid 20s I came to faith and one day, after a distressing episode of binging and purging, I cried out to God for healing: “Take this away from me! I don’t want this anymore! I hate it!” I even threw a pillow around while wrestling with my feelings – and then crumpled in a tearful heap. About a week later I suddenly realised that I hadn’t had the urge to binge once. Twenty years later, I still haven’t had that urge, ever. God healed me instantly but he then took me on a journey of self-discovery. Step by step I learned to love myself and he restored me. Ever since then, I’ve had a heart for those struggling with an eating disorder.

So hearing talk of skipping meals and fad dieting made me want to get a megaphone and shout “don’t do it!” to the whole school! I wanted to do something and in 2018 discovered tastelife. I signed up to train as a leader to run their community course to help anyone affected by problems with food and eating. And in 2020, I joined the team as coordinator for our new preventative resource ‘Youth Track’, which can be used in youth groups and schools. I just wish I’d had it when I was teaching!

There has been an unprecedented rise in the number of young people struggling with eating disorders this year, but new NHS data released in August shows that during the pandemic the number of under-19s waiting for urgent treatment has more than tripled, while the number waiting for routine treatment has more than quadrupled. I am heartbroken to read these statistics, but so grateful that I can offer support through tastelife to young people and those in my community with eating disorders. Is this something you and your church could consider doing too?

If you would like to find out more about running the tastelife course in your community, the next online course is running from 15-17 October. Find out more here.