Women have always been central to the story of Christianity

Professors Joan Taylor and Helen Bond talk about the women they discovered when researching early Christianity, and the book that contains their findings, Women Remembered

JT: Helen and I brainstormed a documentary about Jesus’ female disciples, which was picked up by Channel Four. Right from the very start, we were thinking about how to present the work done by feminist historians on the Bible, and how scholars understand the role of women in the early Church. But we had our own ideas and contextualisation of things to include too. While making the documentary, we thought it would be great to have a book spinoff.

HB: One of the things we want the book to do is show the wide range of women in the Christian story. People know about Mary Magdalene and that his mother Mary was at the beginning of Jesus’ life and perhaps at the cross too. But we wanted to show how many other women are in the story when you start digging around. We included just about all of the named and unnamed women showing how Jesus heals them, and how they act as disciples and apostles during Jesus’ lifetime. And once you move into the letters of Paul, you find evidence for women deacons, a woman taking Paul’s letter to the Roman church (Phoebe, who probably read it out and interpreted it), and women leaders of house churches. There are lots of missionary pairs in the early Church: sometimes they’re married; sometimes they just seem to be spiritual brothers and sisters, but there’s no indication that the women are in any way second to the men. None of that is really known outside scholarly circles. 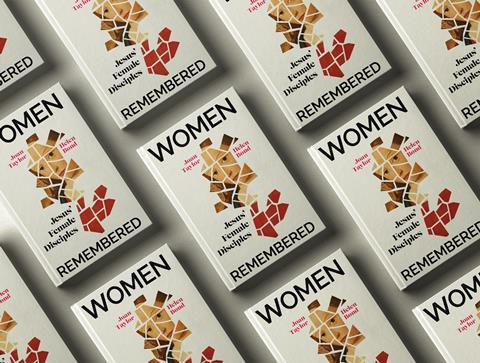 JT: One thing we know about in the early Church is that they were all one big family. So sometimes the pairs of disciples sent out might have been married, like Priscilla and Aquila. But the idea of having a female companion is clearly there too. Paul writes in 1 Corinthians that he is entitled to a ‘sister woman’. It’s a very odd expression, but he is commenting that brothers of Jesus had female companions they travelled and worked alongside. And in the little line in the Gospel of Mark, where Jesus sends out the twelve, they’re given twelve male names but go ‘two by two’ – that is very much the language of Noah’s Ark. And we know, from the discovery of the Dead Sea Scrolls, that this particular phrase is identified in terms of male/female relationships. So there are these little clues that we have to try and unpack.

HB: In the second century, opponents of Christianity criticised it as being a religion full of women, slaves and beggars. The pagan philosopher Celsus said it depended on a “delirious woman” at the empty tomb. In response, there was a conscious minimising of the role of women. So if we find references to women, like in Mark’s Gospel, where he says, suddenly, at the cross, that there have been many women who’ve accompanied Jesus right from Galilee, we can stop and think: “Hold on a minute, there’s a whole backstory that we’re just not hearing about.”

JT: 1 Corinthians 14 is the tricky passage, saying women should keep silent. But it’s likely to be an interpolation [later insertion]. Textual scholars have done really good work to identify it as such, and once you pull it out, the chapter makes much better sense. If you look holistically at Paul’s letters, there’s so much that is incredibly empowering for women. For example, the very idea that it’s the Spirit that leads you, that should lead a community, is core in Paul’s message (1 Corinthians 12–14). It’s the idea that everybody has been given a gift, and leadership should be driven by these gifts. That fits in with Paul acknowledging that there are women who are powerful and important within a Christian community.

HB: An important woman I was taken with while writing was Priscilla. I’d always been fascinated by the fact that she is named before her husband Aquila. In the ancient world, to mention the woman before the man is really quite striking and suggests that she was the bigger deal. When you try to piece Priscilla’s story together, you get the impression of a woman who keeps moving. While Paul always gets top billing, Priscilla seems to be the person who goes to places first and gets the new movement off the ground. We also hear of her teaching a learned philosopher called Apollos, which would have been surprising, as there’s no indication that she was educated in any way. 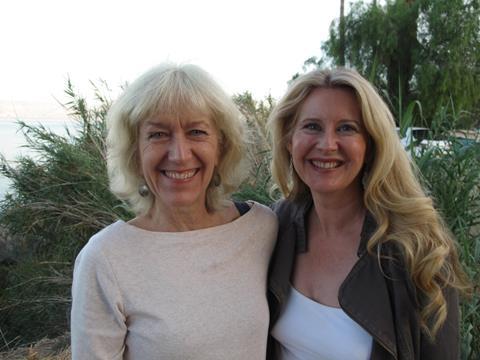 HB: One of the things we really wanted to get across in the book is that there’s a difference between the early years and how the Church developed. There was a sense in the early Church that God was going to come and establish the kingdom any minute. But then, gradually, people realised that the end wasn’t coming soon and the Church had to plan for being in the world for a longer time. They decided that meant looking respectable to outsiders. One of the easiest ways to draw negative attention was to have too many women prophesying or in leadership positions, so it was deemed better to adapt Church leadership to look like it belonged in the Greek and Roman context. When he became emperor, Constantine adopted Christianity – but it was his own particular brand of a very masculine, militaristic Christianity. Even so, there’s plenty of evidence of isolated women in leadership. A really beautiful example we mention in the book is a fresco (a mural painting technique) from the walls of the catacombs in Naples, of a woman who has been reliably identified as a bishop (because of the iconography). This was produced at a time when councils of men were saying women could not be bishops – or do almost anything in churches. And yet, in Naples, there was clearly a community that had a woman bishop and celebrated her after her death. So there are always people pushing back at the dominant narrative in which women are not given a place.