As more people head back into the office for in-person meetings and team time, Anne Buckland explains why she won’t be joining them.

The journey to remote working has been an interesting one. At the beginning of lockdown, I was working in an office, six months pregnant, and on a family holiday. The trip ended early, as I rushed to get back to my husband, and I found out that the office was shut as a precaution on the way home. It’s crazy to think that was now two years ago. 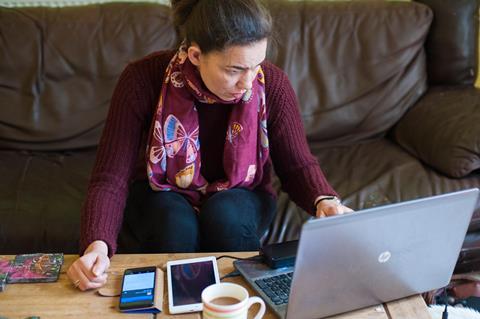 Fortunately, I’d worked remotely a lot as a TV producer and then company director, so the change in style was not unfamiliar. The season also brought more time at home and enabled me to work in the last weeks of pregnancy far more effectively without the commute.

However, the change was also abrupt, and it meant things like the room we’d planned to become a nursery had to become a second office for a while - not the start for the new baby I’d hoped.

Celebrations like baby showers weren’t possible, and things became much more isolated than I had ever pictured in pregnancy. Team members suddenly became virtual, and our antenatal classes stopped halfway through as everything locked down. Those family support visits that I’d assumed would just happen couldn’t. However, that doesn’t mean that it was all bad. Quite the opposite.

I’ve been able to breastfeed much longer than I’d have been able if I had had to return to 9-5 working in an office.

Over the last two years - my first two years as a mum - the pregnancy, maternity and child’s first 18 months have not looked at all how I’d thought they would be.

My husband runs his own business, a content marketing company We Do Stories that specialises in helping impact-driven organisations increase their reach. I now work as Global Campaign Manager for a well-known charity. Both of us have very busy and long days, working with different time zones. What evolved as the pandemic raged on has been an incredibly special time of pivoting, embracing remote working fully, and working in shifts we can each have time with our son each day.

I’ve been able to breastfeed much longer than I’d have been able if I had had to return to 9-5 working in an office, and the little one is very secure in knowing mum and dad are around for him. We’ve each seen far more of his early years than we had ever anticipated seeing. Partly from necessity as nurseries were closed, but then what followed has been out of choice - and the time has been so precious.

It’s not all been plain sailing. Juggling between the two of us has been challenging, with family unable to travel to help out. There are still many members of the extended family that the little one hasn’t met. However, it has brought an incredible amount of blessing in the season. Our work has been more productive, and there are no hours lost in the daily commute.

Change isn’t always easy, but it’s often how God teaches us what’s important and keeps us looking to him when all else is unfamiliar. I can understand why people are keen to get back into the office and spend time with a team; and the water cooler chats are certainly something I miss. However, for me, the change back into an office is not one I’m looking for. Remote working brings a far better quality of family life, and flexible working enables me to spend precious moments with my son.