The government’s proposals for a broad ‘conversion therapy’ ban could result in criminalising the ordinary work of churches. Dr Sharon James explains that the new law could include some prayer, preaching and pastoral care. 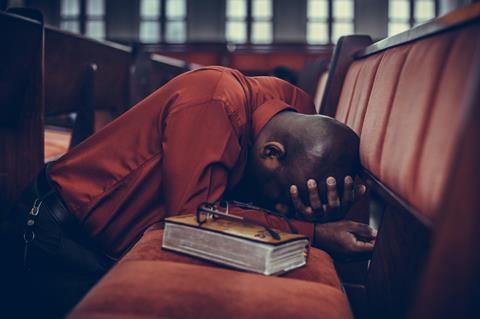 What do you think of when you hear the term ‘conversion therapy’?

Most people think pseudo-medical abuses. They think physical harm. They think coercion. All of that is, of course, wrong and already unlawful in most cases. But what about praying with a friend? Or talking to the church youth group about the Bible’s teaching? Those aren’t activities that most people would class as ‘conversion therapy’!

Yet current proposals for a conversion therapy ban could result in criminalising the ordinary work of churches. If the UK Government listens to activists, and adopts a broad definition of conversion therapy as some other countries have done, then prayer, preaching and pastoral care that uphold biblical sexual ethics are all at risk. What’s more, a wide-ranging ban could even criminalise the loving advice of Christian parents seeking to raise their children in accordance with the teachings of Scripture.

This is why a letter to the Government expressing concern about being criminalised has now been signed by over 2,700 church ministers and pastoral workers.

Concerns have not just been voiced by religious groups. Women’s groups are worried about how the suggested ban could violate the rights of women, parents and children, particularly given the increasing number of adolescent girls seeking help with gender dysphoria. Those who seek to help children and young people with gender dysphoria to feel more comfortable in their own body, rather than pursuing a pathway of drugs and surgery that permanently changes their bodies, could find themselves on the wrong side of the law.

The climate of fear that such potential criminalisation would create, will, as one group pointed out: ‘Leave more young people facing one-way pressure to transition physically.’ There is a huge risk that the proposed legislation will, in practice, limit the help available for those experiencing gender dysphoria.

When my colleague Simon Calvert gave evidence to the Women and Equalities Committee, he made it clear that an overly-broad conversion therapy ban ‘could result in the most religiously repressive law this country has seen in centuries’.

Those who seek to help children and young people with gender dysphoria to feel more comfortable in their own body, rather than pursuing a pathway of drugs and surgery that permanently changes their bodies, could find themselves on the wrong side of the law.

The Equality Act lists nine protected characteristics. But the Women and Equalities Committee’s letter to the Government about the ban emphasised the impact of the proposals on only two of them!

To quote the committee chair: ‘The potential consequences of this Bill for the LGBTQ+ community are huge.’

The potential consequences for the religious community, those with learning difficulties, women, and children seem to have been side-lined. This was apparent from the consultation where, contrary to its own guidance, the Government chose to consult over the shortest time possible at the behest of LGBT groups. But it was forced to extend the consultation until February when threatened with litigation for excluding those with learning difficulties.

This is a positive outcome. It means there is more time to raise concerns about the ban’s potential to damage the ordinary work of churches.

If you haven’t done so already, please consider responding to the consultation. Our freedom as Christians to express and practise mainstream beliefs is at stake.

Dr Sharon JamesDr Sharon James studied history at Cambridge University, theology at Toronto Baptist Seminary, and has a PhD from the University of Wales. She work for The Christian Institute, and has written several books, including Gender Ideology: What do Christians Need to Know? (Christian Focus Publications).