We should recruit police like any pastoral role, then maybe we wouldn’t have these vile texts

After a series of racist, misogynistic and violent WhatsApp messages by police officers were released this week, Lauren Windle says we should shift our focus when hiring for the force. 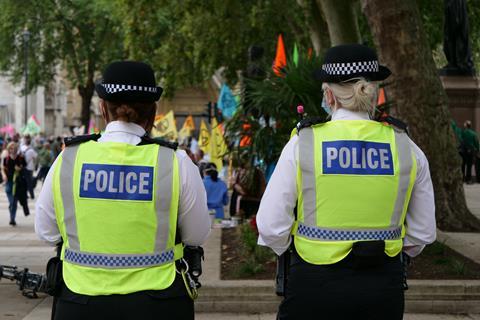 I’ve known and disliked many police officers. They are not all bad – of course not. In fact, two of the closest people in my life work for the police and I respect and admire them and their jobs deeply.

But when I read the report of the horrendous messages being shared between serving officers this week, I wasn’t as surprised as I should have been. I’m not going to quote them here, but a quick Google will bring you the racist, misogynistic and violent content. It’s heart-breaking to think that people with such power are harbouring these disgusting views. And while they may have been ‘joking’ in some cases, these are not things to joke about.

Ultimately being a police officer is a pastoral role and the recruitment process should reflect that.

As a concept I love the police. If I was ever in a dangerous situation or afraid for my life, they would be the first people I would want to see. Having access to a team of highly trained people who are passionate about securing public safety should be reassuring. So why doesn’t it always feel that way?

Ultimately being a police officer is a pastoral role and the recruitment process should reflect that. They are there to care for people who often haven’t had the support they need to make the right choices. I know what you’re thinking… easy for me to say when I’m not getting spat at in the street every shift. And yes, the strain and stresses of dealing with difficult people would, I’m sure, push your patience to the limit. But that’s why I believe there should be a shift in focus when it comes to recruiting for the force.

I believe anyone who shows signs of domineering tendencies should not be accepted into the police force.

My experience of some of the very worst kind of police officers has been that they are controlling, dominating and craving of power. Much like a nightclub bouncer with a chip on their shoulder. My interpretation is that this is born out of insecurity but I haven’t given over much time to the psychoanalysis. I remember hearing one, reasonably high-ranking police officer, speak cruelly about people they come across in their work and joke about drug use. Just to reiterate: this is by no means all police officers. This person is one I met socially before I was a Christian, back when I would very happily joke about drug use too.

I believe anyone who shows signs of these domineering tendencies should not be accepted into the police force. Yes, people should be assertive and confident but there shouldn’t be space for impatience or short tempers.

Instead, much like when recruiting for a social worker or a vicar, emphasis should be put on how they interact with those around them and the level of respect and dignity they afford others despite the circumstances. What I may be talking about here are Christ-like levels of goodness and I know no man can be expected to live up to this standard. But we could be seeking out those for whom patience, goodness and care for others are their strongest attribute, and maybe then we wouldn’t have these vile messages.