Fertility doctor Donald Cline, an elder at his church, inseminated hundreds of women in his care with his own sperm without their consent. And disturbingly, he quoted the Bible as justification.

I’ve just finished watching Our Father, the documentary that is currently the most viewed show on Netflix in the UK. It tells the disturbing story of Dr Donald Cline, a fertility doctor who used his own sperm to impregnate women he was treating. In some cases they were expecting the ejaculate of an anonymous donor and in others of the women’s husband or partner. 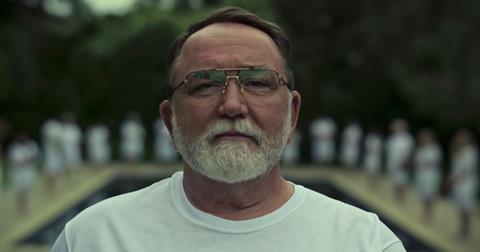 The details of this story become more disturbing as you learn more about the case. There are currently 94 half-siblings that have been identified to be his biological children. One of the women who grew up not realising she was conceived with his sperm, then hired him as her gynaecologist as an adult. Dr Cline remains uncharged for his actions and has just been prosecuted for lying about them, simply because there is no law that covers this heinous act. DNA testing has revealed a further 44 fertility doctors who have done the same thing, although none are as prolific as Cline himself.

But for Christians there’s another level of the horrific to be uncovered as the story unfolds. Not only was Dr Cline a respected member of his community, but he was also an elder in his church. Members of the church wrote to the judge to vouch for him during his trial. And he justified his actions with Bible verses.

It’s responses like this that push non-believers further from the church and causes them to see Christians as extreme and immoral people.

In the documentary a recorded phone call between himself and one of his (many) biological daughters, Jacoba Ballard, uncovers how his spiritual believes contributed to these actions. He said: “I know nothing happens without God allowing it.” And continued: “Well I mentioned one of my favourite scriptures was Jeremiah 1:5. If you’ll remember it says ‘Before I formed you in your mother’s womb, I knew you.’ And that tells me and it should tell everybody that no one is born by mistake.”

Jacoba, a committed Christian herself, pointed out in discussion with a fellow sibling, that it’s responses like this that push non-believers further from the church and causes them to see Christians as extreme and immoral people. Just to be clear while, as we know, God allows evil to happen as it is a by-product of freewill, we can’t allow this to confuse us into thinking that he approves of it.

“If you haven’t got the verses ‘love God’ and ‘love your neighbour’ figured out, you’re not allowed to use the rest of the Bible yet.”

As Christians, we’re used to the Bible being wielded for evil. We’ve seen its words being contorted to fit people’s personal agenda of cruelty, abuse or war. I recently saw a quote from someone on Instagram who said: “I think I’ve come up with a good rule. If you haven’t got the verses ‘love God’ and ‘love your neighbour’ figured out, you’re not allowed to use the rest of the Bible yet.” The more I mull on this, the more I think it’s true. People seem so set on correcting others behaviour that they forget that our primary purpose is to love God and those around us well.

My heart breaks for the people who are now questioning their identity after finding out their DNA is not what they thought. And particular for the fathers who believed that their child was biologically their own. But my prayer is that people will see clearly that this was not an act of God and that, while worldly fathers will let us down, The Father never will.