Ignore Netflix, issuing a marriage ultimatum in your relationship is never a good idea and here’s why

A new Netflix reality show pushes couples to the brink with the ultimatum: ‘marry me or leave me alone’. Writer Lauren Windle explains why, despite being tempting, this is probably a terrible idea.

I definitely watch too many trashy reality romance shows. People are put into pressure cooker situations to find “the one” and then it all ends in a flurry of love declarations and a marriage proposal. I don’t know why I find the unnatural and unhelpful structure so enticing, but the truth is from Love is Blind to Love Island and The Bachelor to Married at First Sight, I’ve watched them all. 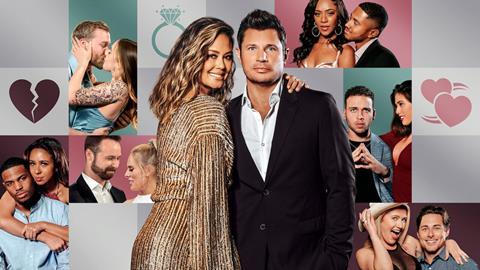 The latest to capture my attention is Netflix’s The Ultimatum and it seems I’m not alone. Despite only just being released the programme has shot through the streaming charts to knock Bridgerton off the platform’s top spot – and that is no mean feat.

In case you haven’t watched it, here’s the premise; Six couples take part in the “experience”. One person in the pair has issued an ultimatum; marry me or leave me alone. While the other says they aren’t ready for that commitment. They then swap partners in the hope that absence will either make the heart grow fonder or confirm their suspicions that the other person wasn’t for them. In the end, one half of the pair will reissue their ultimatum and the other person has to decide whether they will get married, leave the experiment on their own or attempt to leave with someone from one of the other couples.

Lets park the couple swapping for the rest of this article. It is obviously ridiculous and I would never recommend it as a way of strengthening a relationship. There’s a reason you’ve never heard it as part of marriage prep and I’m keen to keep it this way.

If someone really is messing you around and not showing you your value, then you may want to consider leaving. No ultimatum, just leaving.

But there are plenty of people who have considered issuing an ultimatum if they felt their relationship was moving too slowly and some who have even gone through with it. Under the right circumstances, I can see myself pushing someone to move into the next stage if I felt they were messing me around.

There is a big issue with this. Marriage is a serious lifetime commitment to fully give yourself to another person in the eyes of God. And as much as we like to think an ultimatum is us standing our ground and knowing our worth, it’s a form of coercion.

You should be thrilled to start married life, not threatened.

There is a difference between laying out your expectations and having an open conversation about people’s preferred timelines and telling someone: “I’ll leave unless you adhere to mine.”

If, as a couple, you are incompatible in terms of your expectations and if someone really is messing you around and not showing you your value, then you may want to consider leaving. No ultimatum, just leaving. A twisted arm marriage is not the one you want. You want to be with someone who can’t believe that they are so favoured and blessed that God has put you in their life. You want someone who is excited for the time when you have gotten to know each other well enough to take that next step.

You should be thrilled to start married life, not threatened.