Tabloid journalist and author of Notes On Love, Lauren Windle explains that, while she can’t tell you whether or not it’s right to watch Love Island, she can tell you some things you’ll need to remember if you do 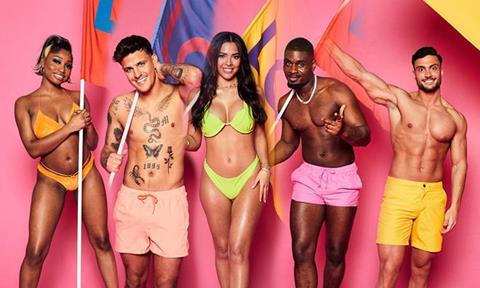 Every year when Love Island season (AKA summer) comes around there’s a flurry of articles and conversations in the Christian media about whether or not you should watch the highly orchestrated reality TV show. The general consensus is that you shouldn’t bother, it’s unhelpful at best and damaging at worst. That may well be correct, but I’m not going to tell you that. I’m here to tell you that if you are watching Love Island, there are some things you should know.

I’ve worked in tabloid journalism since 2016 and have often written about the goings on in the Love Island villa. In order to do that, I’ve had to watch it. I’ve seen all eight series, plus one Australian season. While the budget and producer medalling increase, there are some consistent themes across every cohort on the famous show.

There are plenty of people who still feel that they’ll be more successful once they’ve shifted those last few pounds.

The first thing you should remember is; you don’t need to be super thin and magazine-cover ready to find love. We all know this, in theory. But there are plenty of people who still feel that they’ll be more successful once they’ve shifted those last few pounds, finished Invisalign or toned up their abs. This is nonsense and these thoughts must be rejected every time they creep in. Take those thoughts captive and make them obedient to Christ (2 Corinthians 10:3-5).

Next up, Love Island would have you believe that if you’re not in a couple, you’ve failed. The format dictates that when someone fails to find a romantic connection – they are booted out of the villa. God says that it is good to be single, whether that’s something you’ve chosen forever or the situation you’re in for now (1 Corinthians 7:8). Getting into a relationship isn’t “winning” or “levelling up”, it’s exchanging one state with its perks and challenges for another state with its perks and challenges. You are not inferior, unwanted or unattractive if you are single - and couples are not superior to those without a partner.

Finally, “being true to yourself” is all well and good, but it can’t be a blanket excuse for poor behaviour. We see this time and time again on Love Island - the contestants on the show go behind their partner’s back or show someone no respect at all with the explaination: “I have to do what’s right for me.” Sometimes – you don’t. Sometimes, you have to do what’s most considerate for the people around you. I’m sorry did I say sometimes – I meant all the time (Mark 12:31). That doesn’t mean staying in a relationship that isn’t right for you, but it means having an open and caring conversation with that person before your “head turns” or you’ve “pulled someone else for a chat”.

Oh, and one more thing – despite what you’ve seen – full coverage bikini bottoms are still very much a thing. Not everyone has to bear their cheeks on the beach in a dinky thong. I know I’ll be going for full on Bridget Jones briefs this summer and no Islander will make me feel guilty about it.