I don’t believe I can be a ‘pro-life’ Christian, if I’m not pro the pregnant women’s lives too

As an American Supreme Court leak reveals plans to reverse a fifty-year-old law, Roe v Wade, which makes abortion a constitutional right, writer Belle Tindall explains why she is choosing to stick to the ‘middle ground’ with this complex issue.

This Roe V. Wade leak has my heart hurting and my head-spinning. And I think that’s because when it comes to abortion, I live in a grey area. I’ve slowly but surely built a home for myself in the middle-ground. And me admitting that may be enough for you to make a dash for it, to click the exit button and forget this little article even exists, and that’s OK. It really is. But if not, if you’re becoming disillusioned with the harshness of a black and white stance, settle in. I’m gonna go there. 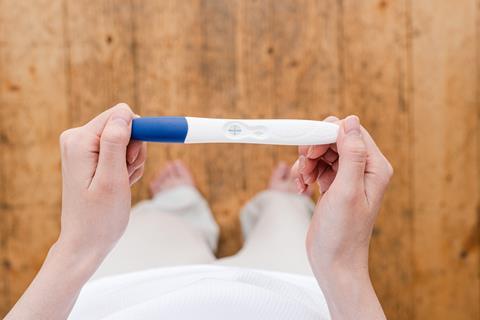 But wait, I should back up for a minute.

Abortion has once again burst onto centre-stage in American politics and caused an almighty uproar. In an unprecedented leak, a document which states that the American Supreme Court intends to reverse a fifty-year-old law (AKA - Roe v Wade) which makes abortion a constitutional right has been made public. This decision would result in abortion being made illegal in at least half of American states.

Now hear me out, I fully, 100000000%, wish abortion didn’t exist. There, then, here, now - a world where abortion was unnecessary and therefore unheard of would be an infinitely better place. And that’s the most beautiful goal. It’s a goal that I am behind because it’s a goal that reflects the God I know and the world that he longs for.

So, there’s that. But here’s the thing…

There are endless statistics (literally - I’ve scrolled myself silly), both historical and right up to date, that show us that criminalising abortions does not reduce the number of them. Instead, it radically increases the chances of women seriously harming themselves in the process. And yet, that’s what we cheer for.

Each one with a name. Each one with a story. How can I call myself pro-life and not be pro-their-lives, too? Because most of these 25 million women are doing all of this in a country where, if they survive, they could then be imprisoned. You simply cannot stop abortions by making them a crime, you can only stop the safe ones.

You simply cannot stop abortions by making them a crime, you can only stop the safe ones.

We’re desperate for every single woman on this big old earth of ours to know that they’re loved and seen by the God who knows them better than they even know themselves. We’re dying for them to know that Jesus set a radically empowering precedent. That he made it his mission to restore dignity, value, worth and purpose to all women. Right?

Yet, how can we expect them to believe us when his representatives (us) are constantly showcasing the opposite? And we’re pretty loud about it, too. When it comes to abortion, I can’t help but feel like we see right through the women who are having them, they barely enter the pro-life conversation un less it is to condemn them. But two things can be true at once: abortion is a tragedy and the women who have them shouldn’t ever be criminals. There must be a more Jesus-like way, surely?

So, here I am in the middle-ground, it really does exist. It’s full of people endlessly wondering how to hold two true things together, how to chase Jesus over polarising answers. It’s a complicated place to be, but I’m not budging.