Callous words from an ex-boyfriend plunged Emma Owens into a desperate cycle that resulted in bulimia. Here she shares her incredible story of redemption and freedom from the deadly eating disorder. 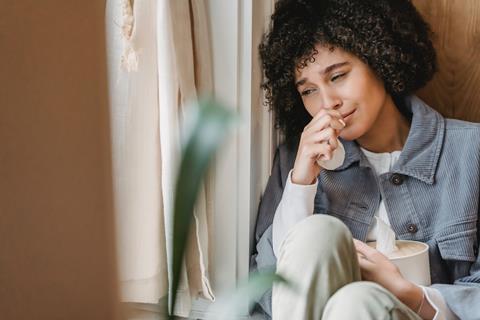 A recent survey found that 20 per cent of women in England and almos seven per cent of children aged 5-16 in the UK are likely to have mental health issues. That’s nearly five children in every classroom. On top of that, more than 50 per cent of UK women aged 17-19 with a diagnosable mental health disorder have self-harmed or attempted suicide at least once in their life. It is a shocking statistic, but one that I am not surprised by, and nor will others who have also experienced mental health challenges.

I was brought up in a relatively secure, Christian home. Both my parents had stable employment and attended church once a week. But despite that, I lacked a close relationship with my dad. I desired for him to say: “Hey Emma, shall we go bowling? Get ice cream at Maccy’s?” He just wasn’t that kind of dad.

Having spent my teenage years looking for a sense of self-worth in relationships, I chose to maintain my virginity until marriage, and as a result experienced a series of rejections. After leaving school, I changed my boundaries and found myself in a new and happier relationship. Wanting to avoid further rejection, I consented to taking that relationship further physically, and experienced rejection two months later.

His response: “Fat women don’t do anything for me.” With that one sentence, my self-esteem crashed… I felt worthless.

I asked that fatal question: “Why? Why don’t you want to go out with me?” His response: “Fat women don’t do anything for me.” With that one sentence, my self-esteem crashed… I felt worthless. The following two years involved me spending hours in the gym every day and skipping meals. But dissatisfied with the rate of weight-loss I ended up developing the eating disorder bulimia. Making myself sick up to five times a day gave me a sense of control and a temporary relief, but it was false. I was in a very dark place, lying to myself and everyone else.

My turning point came at the age of 19 when I realised that my life and relationships were being impacted by what I called my “secret illness”. Coming to terms with the isolation and pain that the illness had caused me, I remember the acceptance and love I encountered through the gospel message at a Luis Palau event at QPR football stadium in London. I look back on this as my “coming home” moment and have since been walking free from bulimia. It has helped me gain revelation of not only the love of my heavenly father but also of my “earthly” father.

Making myself sick up to five times a day gave me a sense of control and a temporary relief, but it was false.

After meeting my now husband Tim, a dancer and rapper, and getting married, I moved to Manchester and joined a schools dance and gospel band called The World Wide Message Tribe as part of Christian charity The Message Trust which toured the world with a message of hope. With a growing motivation to see young people and women recognise their value and embrace a healthy self-esteem, I went on to establish Respect ME with teams working globally in schools to inform, equip and empower young people to address safety and respect in relationships.

Inspired by my own transformation and to support women, children and young adults struggling with their own mental health and other challenges, I am now working alongside Festival Manchester to help bring region-wide transformation in the North West. With twice as many children and young people with a diagnosable disorder now seeking help from trusted adults at school than those able to seek help from a specialist, it is imperative that we reach out to children in a school setting.

Recovey from bulimia helped me gain revelation of not only the love of my heavenly father but also of my ‘earthly’ father.

In the run up to Festival Manchester weekend, occurring July 1-3 in Wythenshawe Park, I am now leading on a range of activities, delivering PHSE and RSE classes to tens of thousands of young people across 60 North West schools. I will also be hosting “Loved: Stories of Hope” at Hilton Deansgate on June 25 - with international guest speaker Wendy Palau sharing her story - and reaching out to the women from Wythenshawe estate with a Gospel-sharing event at the Message Enterprise Centre on June 29.

Mental health problems are not going anyway, and nor can we. I’ve learned that God can bring powerful transformation into people’s lives through Christian events, and we can play our part by getting involved to support our friends and encourage them to attend.

Emma Owen​Emma Owen is the women and schools event team leader for Festival Manchester, the biggest church-led event in the North West in a generation, organised by The Message Trust, Luis Palau Association and hundreds of local churches and businesses. They aim to bring region-wide transformation by bringing local churches and communities together to help address real societal problems head on, such as food poverty, homelessness, children in temporary foster care and the environment, whilst supporting communities with local issues such as graffiti and littering.