Our brave contributor shares her story of domestic abuse and explains that she reached out to her church for help but they didn’t confront him, instead they just gave him a ‘general’ talk about married life.

I grew up in the church and knew God. I got married, but my marriage was an abusive one. I will also say that the circumstances surrounding my marriage were questionable. I felt I had heard from God but there were issues and things I wasn’t happy with even before this (including an unplanned pregnancy) so perhaps it is no surprise things didn’t turn out well. There were poor family relationships that left me isolated and feeling like I had no one to confide in. 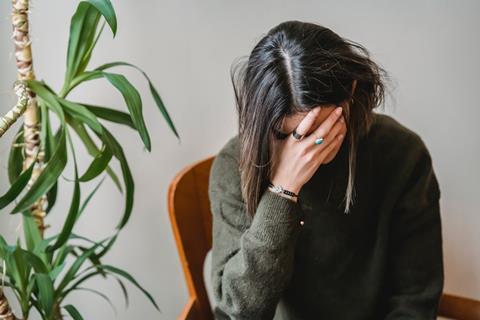 I endured the abuse for many years. Some ask, “didn’t you know?” No. Of course he was all charm and attentiveness before we were married. But afterward it changed. I found out he was unfaithful. I confronted him and that’s when the physical abuse started. Every time I said something he didn’t want to hear he would become violent. It got so bad one day I feared for my life. I locked myself and our then-two-year-old son in the bathroom and called the police. The physical abuse stopped but the torture continued. He just abused me in other ways - mentally, emotionally, sexually, financially.

We were attending church at the time - I told the pastor’s wife. It took all my courage as I was afraid of the repercussions if an intervention wasn’t successful. There wasn’t much of an intervention. He was spoken to “generally” about married life. And that was it. He was never confronted and the abuse – and unfaithfulness – continued. To this day I still feel failed by that church. If they had confronted his abusive behaviour and extra marital affairs maybe I’d be telling a different story.

To this day I still feel failed by that church. If they had confronted his abusive behaviour and extra marital affairs maybe I’d be telling a different story.

Fortunately, the church I’m with now are more supportive. They never made me feel as if I would be doing something wrong if I left and reminded me that he had broken his marriage vows, effectively not keeping his end of the bargain. There is always so much pressure on the wife to stay, especially if there are children involved. I get that. And I did, for a long while because of this. But doesn’t my welfare count as well? Although generally I was strong and did what I needed to protect the children and continue life as “normal” for them, towards the end my mental health deteriorated quite significantly. I was constantly stressed and became paranoid about him following me.

I think it’s wrong for a woman to feel pressured to stay in an abusive marriage “for the sake of the children”. What good does that really do them?

There is always so much pressure on the wife to stay, especially if there are children involved. But doesn’t my welfare count as well?

In the end I left to due to my deteriorating mental health and also because of them - I didn’t want that to be the example that was set and potentially followed. It was also clear to me at this point that he wasn’t going to change - he had no intention of changing his abusive behaviour or of ending any of his affairs. Actually, it was this that really ended the marriage. I had been willing to work through things and go for counselling, but he was not. Every time I thought we were close to a breakthrough the cycle of abuse would start all over again. His unwillingness to repent was the defining factor.

Now, I’m much happier. No more walking on eggshells. I have my freedom and self-confidence back. I hadn’t released how much of this had been stripped away gradually over the years. The children do see their dad and I think wish we were still a family unit but accept things as they are.

If I could turn the clock back, I’d do things differently – I possibly wouldn’t have married him in the first place and certainly would not have stayed as long. I wouldn’t have allowed the children to be my reason for enduring what I did. But I’m grateful to God for the support he’s provided for me and for making a way when things looked impossible.

If you have been affected by any of the issues in this article, please seek help. The UK charity Refuge provides specialist services to survivors of domestic abuse. You can contact the freephone 24 hour National Domestic Abuse helpline on 0808 2000 247.