Student Morgan Brown felt that her Christian beliefs weren’t accepted at her ‘progressive’ school so she challenged them to accept her as they do others. 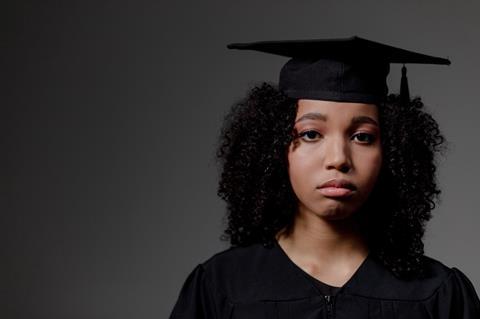 I am seventeen and the head girl at my school, with one year left until I graduate. I have been a Christian since I was little, my faith has always been a central point in my life. My high school considers itself to be progressive, with pride flags displayed on class room walls, and many students identifying as part of the LGBTQ+ community.

I have found it extremely challenging in terms of faith, often being labelled by my peers as “homophobic”, “closed minded” and “judgemental”. Despite all this criticism, I was elected “most compassionate” by my fellow students at our grade awards! I have also had many pupils want to argue with me about my faith - many of these times consisted of me being talked at, not to, as well as my points being ignored completely.

Our prefect body meets once a week to talk about things students would like to see implemented within the school. One of these sessions developed into a heated as we discussed the prospect of having a “diversity talk”. I knew this would mean it would be a message forbiding people from disagreeing with same-sex relationships, and that the Christian students would be targeted and our beliefs mocked and branded “illegal”.

I knew Christian students would be targeted and our beliefs mocked and branded “illegal”.

I was initially scared to say anything, I was worried that I would look like a bad leader and that I would become unliked or possibly removed from my position. I realised that to stay quiet would be going against that which I love the most. What I said was kind but true. I talked about how such a talk would be asking students to abandon the beliefs of their religious system and that would be contradicting the ideal of diversity. I suggested that rather than telling everyone to agree with each other or a certain belief system, that the focus of the talk should be on loving and respecting one another despite our differences.

We had a vote and although the Christians were the minority at the meeting I was surprised and proud to see them agree with me. Our head-boy, in a later meeting, told everyone that to disagree with a program that protects student’s rights is fundamentally wrong. I knew that statement was aimed at me. But I agreed with him and said that he was indeed right, learners rights did need to be protected, that I had not disagreed with the talk, but that I disagreed with how it was going to be given and it’s focus. The meeting was ended.

I was initially scared to say anything, I was worried that I would look like a bad leader and that I would become unliked or possibly removed from my position.

Eventually it was agreed that the talk would go ahead under the condition that; if the LGBTQ+ community were being discussed, the talk needed to also include religious diversity of belief and the right to disagree. The talk needed to focus on students not targeting others because of their beliefs and it needed to be about loving unconditionally, not agreeing because threatened.

We talked with the principle, and proposed the conditions. A staff diversity training session has already happened but the students’ event has been continually pushed back so hasn’t yet happened. I’m glad I spoke up though, I’m no longer afraid to stand up for Jesus.