Hustle culture is incompatible with God, he’s constantly out-dreaming us but you don’t need to burn out to achieve his will

If you’re hustling your way to success, writer Belle Tindall explains that you could be working towards exhaustion, disillusionment, and disappointment.

I came across an old journal entry of mine recently that made me cringe at myself. Actually - if we’re being honest, it was embarrassingly not that old. It was a little prayer that I’d quickly scribbled down after feeling like maybe God had placed a little idea/dream in my mind, and the line of it that really made my eyes roll was this… 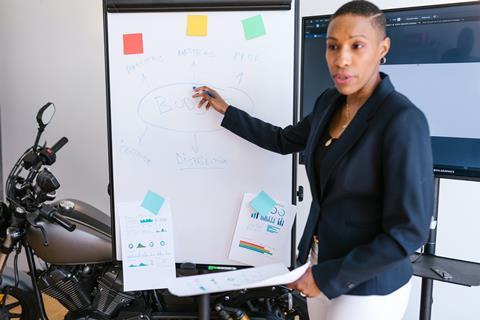 “God, show me which direction I should aim this hustle, show me where it’s needed most…”

According to the following pages of the very same journal, what came next was day after day after day of exhaustion, disillusionment, and disappointment. By the looks of it, I hustled my way to somewhat of a spiritual breakdown. And I didn’t even know I was doing it.

Here’s a disclaimer for you, before I get into the harm that hustle culture does to our hearts, I want to make something one-trillion-percent clear: God has major things in store for you, and me, and all of us. He’s out-dreaming us, always. Your life is literally brimming with purpose, it’s weaved into who you are. But here’s the thing that I know painfully well - if you’re relentlessly trying to hustle your way to those God-sized dreams of yours/his, you’re going to burn yourself out and seriously damage your trust in God in the process.

I hustled my way to somewhat of a spiritual breakdown.

The Oxford definition of the word “hustle” is literally: “to make somebody move quickly by pushing them in a rough aggressive way” and/or “to force something before it is ready or sure”. We live in a world that truly glorifies this way of doing things, of pushing as hard as we can for as long as we can to get something as quick as we can. And I think it may have rubbed off on us, especially when it comes to the things that we think God wants us to do with and for him. If my journal entry was anything to go by, it had certainly rubbed off on me.

My recipe for getting those God-shaped tasks in motion was a heap of hustle with a dash of him. As if he alone wasn’t enough to make anything happen, as if he needed me to be pushing him along, as if I was the one it depended on. And every single time I acted out of that mindset; I was chipping away at the part of me that trusted him. No wonder I was melting down, my brain was telling me that God wasn’t enough, and that I had to make up for it with striving and strategizing.

And when you see it written like that, it seems so obviously and ridiculously untrue. Yet, I had no idea that my good intentions, my ‘obedience’ to the dream that God had placed inside me, my hard work, was fuelled by such a dangerous lie. And it could be that you’re in a similar spot and don’t even know it. Here are two questions that may help you out a little - Is God currently working too slow for you? Are you frustrated with his pace? Is a dream you’re working towards bringing you more anxiety than excitement?

Hustle culture is simply incompatible with the way God works.

If the answer to either of those questions is yes than you may well be hustling yourself into chaos. Hear me out, there is zero shame in being audacious and proactive when it comes to the breakthroughs that you and God have been dreaming up. But what’s the source of that audacity? Is it a trust in God- in his timings, his plans, his methods, his nature? Is your confidence resting on those things? Or is it being driven by something else? Something that’s a bit more sinister? Something rooted in distrust and fear?