Four reasons you may find it hard to apologise, according to a relationship expert

Despite sorry being the hardest word, the Bible is clear about its importance. If you struggle to make amends you’re not alone. These are the reasons people often can’t apologise, according to a relationship expert.

While it may not get the same amount of airtime as forgiveness, apologising is arguably as important. The Bible instructs us to “confess [our] sins to one another and pray for one another, that [we] may be healed” James 5:16. While Jesus advises us to abandon what we are doing, even if it’s giving him an offering, in order to go and make amends with someone we’ve wronged. In Matthew 5:23-24, he said: “So if you are offering your gift at the altar and there remember that your brother has something against you, leave your gift there before the altar and go. First be reconciled to your brother, and then come and offer your gift.” 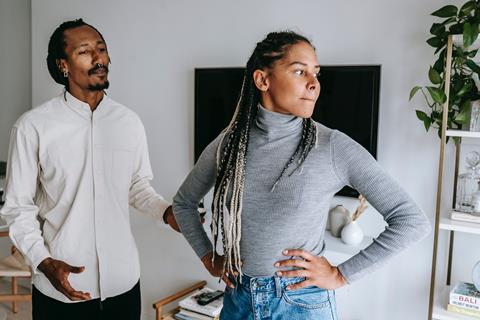 Despite these clear instructions, people of all faiths and none struggle to offer up apologies. It seems Elton John and Blue were right when they said: “Sorry seems to be the hardest word.” The first barrier to making amends is accepting that you are wrong in the first place. There are many of us who are still clinging on to our “righteous beliefs” when really, we should just drop it and recognise our faults. But even when we do know we’ve behaved badly, actually offering up an apology can be tough.

Relationship coach John Kenny shared the reasons we struggle to say sorry and what it says about us.

It gives a self-esteem boost

Someone may refuse to apologise on the grounds that it simply makes them feel good. Some people lack emotional maturity and view an apology as admitting defeat. Not apologising can make people feel courageous and less passive - the feeling that they are defending themselves, standing their ground, or not giving in makes them feel good about themselves.

As we all know, upbringing is a crucial part of personality development. Some people are never told that they’re wrong during childhood because their parents don’t know how to tell them without fear of losing their love. They’re unfamiliar and uncomfortable with the feeling of being in the wrong and so refuse to accept it when they are.

Others may struggle to apologise because of a stricter upbringing where they had to apologise on a regular basis. They may have felt as if they had to constantly apologise to their parents for who they were, and have some residual trauma that has led to a hesitancy to apologise in their adult life.

Sometimes people feel backed into a corner during an argument or disagreement and this can cloud their judgement. Emotions run high and this sends them into a stress response where they are likely to do one of three things: fight, fly or freeze. They will fight you and double down on their hurtful behaviours, run from the situation or just clam up depending on how they react to stress.

To hold the upper hand in a relationship is crucial to some very unhealthy people. Those who need to be in control or in a position of power will manipulate a scenario in order to maintain their sense of self. A delusion built up since childhood that keeps them in a “safe” space within their heads.

“Gaslighting” is a term now widely used to describe how someone will try to make you responsible for everything and to question your own sanity so that they can exempt themselves from any blame. To them, apologising is just too painful and their brain tells them it must be avoided at all costs.

If you see yourself or your partner in any of these points, this doesn’t mean you’re doomed to remain in an unhealthy relationship. If you’re willing to put in the work, you can unlearn negative behaviours and grow more comfortable with apologising.

John Kenny coaches professional women who want to create a healthy loving relationship, helping them overcome all the issues and emotional blocks that have prevented this from happening in the past.