Dating while Black: ‘Anyone who says they don’t have a physical type is either incredibly open-minded or is lying’

Navigating dating is hard for everyone – particularly with the additional barrier of restricted socialising for the last couple of years. But lockdowns and distancing aside, not all online daters face the same challenges. An OkCupid survey found that white, Asian and Latino men were 19% less likely to interact with a woman who was black. Studies suggest this effect is felt most keenly by women with a darker skin tone, compared with light-skinned and biracial women. Tibz Adeniyi told Lauren Windle about her experiences of dating as a black British woman. 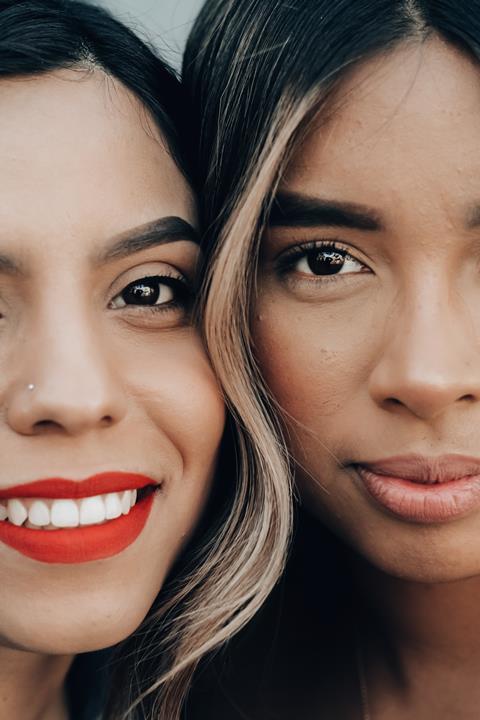 I know I have a type.

There are definitely physical characteristics that draw people in and make them more attracted to someone, although hopefully we’re all open enough to try out things that don’t conform to our “list”.

I grew up in a leafy suburb in the south of England. There weren’t many black people around. In fact there weren’t many people of any race that wasn’t white around. The black people I knew were members of my family. Subsequently, when I started to look out for dating opportunities, all I saw were white boys. Predominantly due to my exposure, my type has developed to be white men. Now that I have moved to a big, cosmopolitan city, I find myself surrounded by people of all races and am open to exploring connections with anyone, but I would be lying if I said I didn’t still find myself most drawn to white men.

Since I started using dating apps, it’s become apparent, that the ethnicity that is most attracted to me, is not white men. I would estimate that 80% of the people who show an interest in me online are other black Afro-Caribbean men. If I’m honest, I’ve always had this sense that – to black men, I’m desirable. But to white men I am less attractive and interesting.

When I visit Nigeria or any place which is predominately black, I am inundated with offers and constantly approached on the street. Until this happened, I hadn’t considered myself to be the sort of girl who gets that kind of attention, because where I’m from it’s a different story.

Chimamanda Ngozi Adichie put it better than I could in her book Americanah. She described shutting down her dating profile almost instantly after setting it up, when the literal ethnicity box ticking, of selecting the most desirable partner for you, left her feeling out in the cold. She also talked about the dismay of her black peers when she broke up with her “Hot White Ex” a man who friends assured her she shouldn’t let go of, because she wouldn’t be able to replace with someone of the same calibre.

I’ve wondered if I would be taken more seriously, or considered more beautiful, if I was validated by the attention of a successful white man. If that guy’s social proof would push others to see beyond their own biases and acknowledge that there’s so much more to me. At the end of the day, I don’t want to be “pretty for a black girl” as if I need someone’s rating of my appearance to be caveated by the fact that my skin tone deviates from society’s beauty standard and I should be grateful that I’m still considered acceptable.

Then there’s the men who want to try something new. They want to tick off the “exotic” woman from their dating bucket list before they return to their default dating settings. The idea of being “exotic” is more complex for me. When I first started getting that attention I actually felt flattered. For a while it was the only time someone who wasn’t black paid me any attention.

But I quickly realised that these men who want something exciting and different, don’t enter the situation seriously asking themselves if they could build a life with that person, it’s just temporary romantic tourism. It stopped feeling like a compliment.

These men don’t stop to acknowledge that on the other side of their experimentation is a woman who is a human being with a beautiful and fragile heart. It reminds me of a time on holiday in Greece when a Greek guy told me: “Oh yeah, you know, black girls do it different”. I didn’t bother to ask what “it” was or how he knew.

I know that women who are darker feel this effect more strongly than those who are lighter and even I’m not immune from letting that knowledge affect me. There are times where I’ve thought of buying my foundation a shade lighter or using Instagram filters to make myself look a bit lighter online. I’ve considered if I would be more attractive if I was closer to that beauty standard we’re all left believing we’re supposed to reach.

I have white friends who try to be supportive and progressive but say things like “biracial people are beautiful”. They explain that they met someone with mixed skin who had hazel eyes and the unusual combination is just captivating.

What I hear is: “A person who looks a lot like me with a bit of your ‘exoticness’ would be ideal.”

And then I’m faced with the eternal, exhausting dilemma; do I accept that they’re trying to be kind or do I correct them and risk a defensive and angry response and feeling like I ruined the evening for everyone.

Despite all this, it may surprise you to hear that I do enjoy dating. I love meeting new people and exploring what it would look like to connect with them. I’ve always been sociable and the process is overall exciting and full of opportunities.

I believe I’m able to maintain that healthy, upbeat attitude because of a number of things; firstly, I take breaks from dating when it feels too much and I need to practice self-care for a while. Next, I’m in a community of people who remind me that I am not just “beautiful for a black girl” but I am beautiful because God made me beautiful and I look exactly as he wants me to.

Ultimately I know my worth lies in Jesus and it is immense. It’s not based on how attractive white men find me or how much I can match the world’s ever-changing beauty standards. It’s based on the knowledge that my life, yes even my dating life, is not my own. It is held safely and securely in His hands - not mine.