Breaking into male-dominated spaces: What the Mary and Martha story is really about

Being the only woman in an all male environment can be daunting. Belle Tindall reminds us that Jesus publicly affirmed women in male spaces and that is all the encouragment we need. 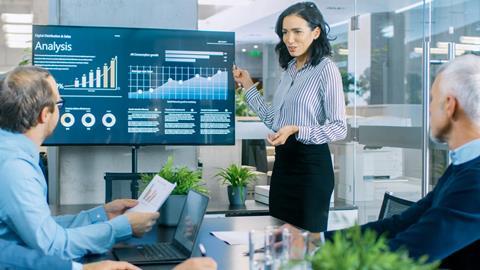 I’m a twenty-five-year-old female theologian doing my thing in a little corner of West Wales, so it’s pretty safe to say that most “professional” rooms I walk into, my presence sticks out somewhat. I tend to be the youngest by at least a decade, but more striking than that, I’m very often the only woman around the table.

My work-world is quite a specific one, but I know that my experiences are anything but unique. We all know that amusing-slash-utterly-gut-wrenching fact that there are more CEOs in America named John than there are female ones. Ugh. This is our global reality. In many spaces, we’re majorly outnumbered. This may well be your personal reality too. It’s certainly mine.

And honestly? It was starting to drain me a little (as much as my feminist-soul hates to admit it). I realised that I was living on prove-myself mode, even when nobody was asking me to. I was always on the offensive, always expecting to fight my corner, always dragging a heap of imposter syndrome around with me.

I remember I was driving to work one day- pre-emptively exhausted by it all and giving God my most grumpy self, moaning my way down the dual-carriage way. Then, out of nowhere, this line popped into my mind: “You have chosen what is right and it will not be taken away from you.” At first, I was a little like- huh?!

But then, me being a professional Bible-nerd and all, I recognised that it was a line that Jesus said about his friend Mary one time. But I still didn’t really understand why God had filled my tired mind with it. What help was it here? So, I did what I do, I got geeky with it. I found that moment in the Bible and I went deep. And here’s what I found…

While we tend to make the story of Mary and her sister Martha into a lesson on business vs. devotion, it’s about so much more than that.

While we tend to make the story of Mary and her sister Martha into a lesson on business vs. devotion, it’s about so much more than that (if you haven’t read it, now would be a great time to pause this and head on over to Luke 10:38-42, I’ll meet you back here in five).

What you need to know is that Middle Eastern homes in the first century were literally split into two spaces (bear with me, this isn’t some kind of ancient Grand Designs). There was the public space (where the men would be) and the private space (where the women would gather). And the house was governed by a central rule: there was to be no cross-over. No men in the women’s space and, apart from serving the men food and drink, no women in the men’s. And yet, here’s Mary. She’s sitting with the men in a part of the house that she’s not allowed to be in. And there’s more.

And when this is questioned, Jesus’ words are simple: “Mary has chosen what is better, and it will not be taken away from her.” (Luke 10:42) Sob.

God reminded me of that time a woman stepped into a male-only space, and Jesus publicly affirmed it.

I’m so passionate about women entering male-dominated spaces, and everything was turned upside down when I realised that Jesus was way more passionate about it than I was. It’s not only necessary in a cultural or societal sense, it’s a biblical bedrock. In that whiney car journey, God reminded me of that time a woman stepped into a male-only space, and Jesus publicly affirmed it. And guess what, Jesus is still publicly affirming it. Every single time.

So, I’m going to wrap things up with this - if you’re feeling exhausted, lonely, disillusioned, like you’re having to fight too hard to be seen, shout too loud to be heard, prove too much to be valued - then Jesus has a little something to say to you and anyone who dare question your presence in a male-dominated space… you have chosen what is better, and it will not be taken away from you.