7 out of 10 female Christians believe women should be allowed into church leadership, survey reveals

Premier’s survey of 800 female Christians revealed some exciting progress for women in the church, but there’s still some way to go before we get equality says writer Veronica Zundel.

What are women experiencing in UK churches today and how do they respond to it? In September, Premier, publishers of Woman Alive, set out to find at least a partial answer. They surveyed 808 women, asking questions about church affiliation, women’s roles in service and leadership, what topics were most often preached on, and in a specialist section, what their views on abortion were and how was it, if at all, taught about in their church. 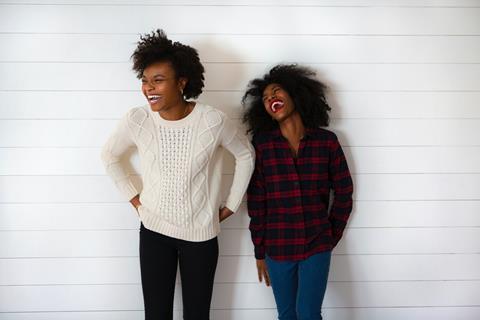 More than half the women were over 65, which pretty much reflects the age balance in many churches, and though one might lament this, it is actually a refreshing change to see this age group, the backbone of many a church, asked for their opinions. About the same proportion were married, with around a quarter single and ten per cent divorced (oddly, the survey did not include figures for widows). They came from all over the UK, though the South predominated. Eighty per cent were white, which probably reflects the general population. The Church of England was the largest denomination, with Open Evangelical following close behind.

Encouragingly (at least to me!), over half of them identified as egalitarian, saw the biblical teaching on women as culture-specific, and nearly 70 per cent disagreed with the statement: “Women should not be in authority over men in church leadership” (the wider question of whether leadership equals authority was not examined). A whopping 90 per cent agreed that the gospel liberates women to be themselves, and over three-quarters said that women’s voices were not stifled in their church – indeed the same proportion felt their church to be a place where women’s voices are always listened to and honoured. A stark contrast indeed to the situation in many US churches where the rise of “complementarianism” has essentially allocated women to one role and men to the rest!

A whopping 90 per cent agreed that the gospel liberates women to be themselves, and over three-quarters said that women’s voices were not stifled in their church.

Even more agreed that their church has a healthy culture of treating men and women with equal respect, while few said that in their church women were allowed to teach other women but not men. As for the breakdown of most popular topics for preaching, money led the league, closely followed by marriage and poverty (I’m not sure how you preach about money without preaching about poverty, unless “money” as a topic covered a great deal about fundraising for the church!). Climate change came next, refreshingly ahead of the role of women in church, while sexuality, human trafficking, abortion, transgender, and assisted suicide were well down the list.

These issues of personal morality bring us to the other half of the questionnaire, on abortion. Here I must express reservations about this subject being tied so firmly to women. After all, every unplanned pregnancy has involved a man! By this I don’t mean that men should have a deciding say in whether a woman carries an unplanned child to term, rather that men should take responsibility for their actions.

This begs the question of what people think the Bible actually teaches on abortion, filtered as this is through the interpretations given by Christian leaders.

Quite surprisingly, given the loudness of voices on abortion, 56 per cent had never heard the subject preached on in their church. This is more shocking considering the respondents’ views: over 80 per cent felt the unborn baby is equal in value to an adult, and that human life begins at fertilisation. When asked in what circumstances abortion might be justified, only 19 per cent answered “never”, with about the same number believing that it was acceptable in cases of incest /rape, while some agreed that it was acceptable if the baby would live only a few hours after birth, or if the mental health of the mother was at risk (abortion when the mother’s life is in danger was excluded, presumably because most would agree to this).

One is left with the sneaking feeling that for all our achievements in equality, unborn babies are still valued higher than adult women.

The survey ends with some thoughts on how these statistics might influence both church teaching and coverage in Christian media. My own thoughts are that UK churches seem to be doing a good job on gender equality and hearing the voices of women. I’m encouraged to find that the church I just left, partly over its leader’s stance against women in church leadership, is something of an outlier. At the same time I wish the issue of abortion had not been so highlighted and linked to other gender issues. Why not, for instance, ask questions on domestic violence or emotional abuse, realities that I suspect affect far more Christian women? One is left with the sneaking feeling that for all our achievements in equality, unborn babies are still valued higher than adult women.