Amy Boucher Pye on what she is reading this month…. 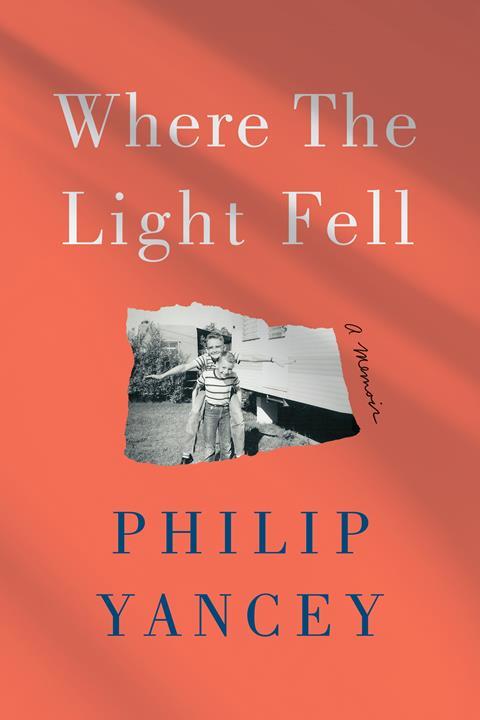 When in 2007 Philip Yancey’s Ford Explorer slid off an icy mountain road, flipping five times, he lay for hours afterwards in a neck brace, wondering if he’d live or die. In those moments while motionless under the florescent lights he promised himself that if he survived he’d write his memoir. He makes good on that vow in his ‘unvarnished account’, Where the Light Fell, which he calls a “verbal selfie, with one figure in the foreground, reflecting that person’s singular point of view”. But unlike many skewed selfies, his written account bestows on us a gift; through it we can consider his other writing as it fleshes out in tight prose the stories of his life thus far.

If you’ve read any of Philip Yancey’s bestselling books, you’ll have glimpsed bits of his childhood growing up in a toxic church environment, not least because his self-professed life themes are suffering and grace. We read fully of his experiences not only of the fundamentalist churches he attended but also of his family life. In words that startle and arrest he takes us on a journey laced with pain, fear and recrimination. For instance, he foreshadows his father’s death, which happened when he was just a year old: “Their dream of service in Africa was about to come true. Instead came polio, two months in an iron lung, a daring leap of faith and the countdown to death.”

In the early chapters, as I read story after story of how harsh and unloving his mother was to him and his brother, and how revered she was as a Bible teacher in their community, I started to wonder if this would be a misery memoir. He’s unsparing as he recounts her abuse, but as he moves through the years he reveals God’s grace at work in his life and, eventually in seemingly smaller doses, in hers. But sadly, his brother rejects the God of love whom Philip encounters while at university.

What especially struck me was Yancey’s comment that “deconstructing a person is easier than constructing one”. Through the mentorship of a godly father figure and his years of searching for truth through his writing, he’s succeeded in putting together a robust faith in a loving God who does not reflect the angry god of his childhood. Therefore, his memoir could be especially helpful to those grappling with painful experiences of Church or Christians who have wounded them. The paths that he and his brother have taken in their lives reveal starkly contrasting ways to deal with a false picture of God.

I hope many will read Where the Light Fell; I found it a compelling and well-written account of one wounded by Christians who finds healing and belonging through our loving, saving God.