Would you adopt a child with a different skin colour to you? 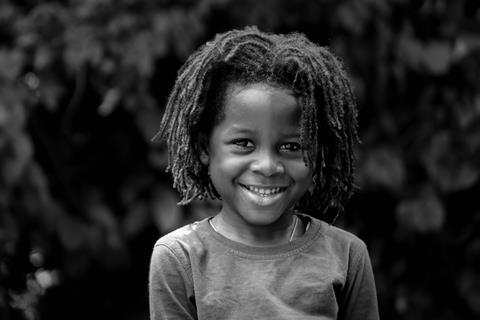 In 2014, the government removed the requirement for an ethnic match in adoption. However, since that time, Black children have continued to wait longest and struggle to find an adoptive family. This year, Home for Good commissioned a poll to understand the extent to which cultural change in the minds of people approaching adoption has followed suit of the change in the law. The polling also sought to understand the openness to adoption among the general public.

What did the results show?

Our results reveal that most people (52%) who would consider adoption would prefer an ethnic match. This preference was strongest among the Black community, where 63% would prefer to adopt a child of a similar heritage, compared to 58% of BAME adults and 50% of White adults.

In addition, 66% of UK adults said they would consider adopting a child of a different ethnicity if they were given support to grow their awareness of the child’s cultural heritage.

Can these results be explained?

Across the general population, the main reason for wanting an ethnic match is a concern that the parent would not be able to raise the child with a knowledge and appreciation of their cultural heritage. We recognise that this is a good reason as it indicates that people recognise cultural heritage to be an important element of caring for a child well and being able to meet their needs.

However, among Black respondents the primary concern was that the child might be bullied or treated differently for not being of the same ethnicity as the parent. Again, to some extent we recognise that the desire for an ethnic match here is based on wanting to put the child’s interests and wellbeing at the centre, rather than simply wanting to adopt a child who looks like them.

Although this is not evidenced through our findings, it could be that a higher preference for an ethnic match among Black respondents indicates a deeper recognition among Black individuals of the role that ethnicity plays in an individual’s interaction with and experience of society and their community, but further research would be needed to explore this more deeply. However, such awareness is also identified across the board with such high desire expressed for cultural upskilling in order to adopt a child of a different ethnicity.

Throughout the Bible we are reminded of God’s heart for the vulnerable, and particularly those without a family to love and protect them (Psalm 68:6, James 1:27, Isaiah 1:17). The Bible uses the terms 'fatherless' and 'orphans' to describe children who did not have the stability and protection of a family. In contemporary culture we do not use these terms, but we recognise that children coming into care are also in need of stability and protection.

As God’s children, adopted into His great family, we are called to care for the vulnerable as part of our worship, to defend those unable to defend themselves, and to seek justice on their behalf. At Home for Good we recognise adoption to be primarily about providing a family for a child who needs one, rather than how adoption may traditionally have been seen as a child completing a family. This perspective reframes how prospective adopters might approach adoption; looking at whether they can meet the needs of children waiting.

What does this mean for potential adopters?

Our research highlights that Black adopters are twice as open to adoption, but our research highlighted higher concern around a range of barriers, including financial costs of adoption, how their friends and family will respond and having the authorities look into their background. Not only this, but a recent roundtable hosted by 10 Downing Street highlighted that a number of Black adopters face barriers within the process itself, including lack of cultural competency among social workers and other stakeholders.

Home for Good recognises that these barriers both before and during the process must be examined and robustly tackled in order to encourage more adopters from Black communities to feel confident to act on their desire to welcome a vulnerable child and step forward.

What does this mean for black children waiting to be adopted?

With higher levels of children in the system than adoptive families, adopters have greater choice about the demographics of children they adopt. While they have choice, they are more likely to choose a child of the same ethnicity as them.

As such, the continuing overrepresentation of Black children among those waiting for adoption means that we must focus on recruiting Black adopters for these children.

However, we fundamentally believe that the priority for children waiting for adoption is an adoptive home. With a shortage of Black adopters in the system and an expressed desire for cultural upskilling, government and agencies should consider in greater depth how adopters can be equipped with greater cultural knowledge and appreciation.

If prospective adopters felt assured that such training and education exists, this could inspire greater confidence among individuals and families to consider adopting a child of a different ethnicity, alongside efforts to recruit adopters from a range of backgrounds.

Home for Good is a national adoption and fostering charity dedicated to finding a home for every child who needs one. Home for Good works by co-ordinating and resourcing a rapidly growing network of people, churches and local movements across the UK who are raising awareness of the needs of vulnerable children and young people, inspiring individuals to explore fostering and adoption and equipping churches to understand and support.

Photo by Daniel Edeke from Pexels