What does the new domestic abuse bill mean for women? 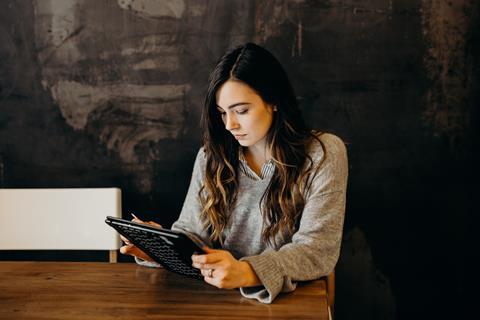 Domestic abuse is a reality in households of every social strata and even faith groups. Two women a week die at the hands of their partners or ex-partners, and one in five children experience domestic abuse growing up. The level of support victims are eligible to receive is a postcode lottery. These numbers do not discriminate. Research we commissioned in 2018 showed that 42% of churchgoers have experienced abuse in their lifetime, but only 2 in 7 churchgoers believe their church is adequately equipped to deal with a disclosure of domestic abuse. Our research shows that over 90% of cases involve a male perpetrator.[1]

It’s why we at Restored are so delighted that, as we celebrate our 10th Anniversary today, the 7 July 2020, the second Domestic Abuse Bill passed its third reading in the House of Commons last night. The Domestic Abuse Bill strengthens the definition of Domestic Abuse, including not just physical violence, but also emotional, coercive or controlling behaviour and economic abuse. The Bill will also:

Practically, these changes will make life much easier for victims of domestic abuse, from the point of coming forward to talk about an experience of domestic abuse and getting help, through to increased protection in a court case and beyond. Councils and courts, in particular, will be making changes to better protect women.

But it’s not just about the practicalities. These changes matter because they will shift the way that we, as a society, recognise, respond to and understand domestic abuse. The changes will place more responsibility on perpetrators; we hope that there will be an increased understanding that there are no ‘abusive relationships’, but rather ‘abusive individuals’. For women affected by domestic abuse, we know that this will bring relief, and fresh hope.

We have campaigned hard over the last ten years, advocating for women who experience abuse and this Bill is a welcome move in the right direction. We continue to ask for provisions to include faith communities in the national response, recognising that faith leaders can have significant influence over their congregations and that faith itself can be weaponised by abusers.

There is huge potential for the Church to have a real impact, and Restored will continue to work to ensure that women are protected from domestic abuse. We hope that, in the next ten years, we will see a new narrative for victims of abuse - of freedom and hope.

Founded in 2010, Restored is an innovative Christian charity working to transform relationships and end violence against women. We are a small organisation making a big impact. Our mission is to prevent and end domestic abuse within the UK church and to act as a catalyst internationally for others to do the same in their own country and context. Click here to find about their anniversary campaign.

Photo by Brooke Cagle on Unsplash