We are all in this together 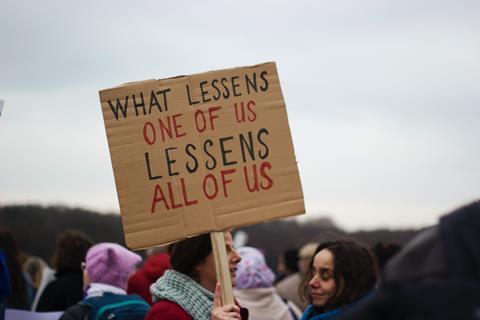 At the time of writing, it has been seven weeks since the murder of George Floyd. Like many others, I have been on a roller coaster of emotions, watching people’s responses to the Black Lives Matter movement on the news and via social media.

When I speak of "Black Lives Matter", I am not referring to the ideals behind the founders of the movement of that name, but simply the spirit of it. That’s what has captured global attention.

Racism and prejudice are always emotive subjects, perhaps because at some level we have all been complicit in these sins. Now, there is a new sound rising up from this 400-year-old cry and these voices belong to different racial and ethnic groups, and it is heartening to hear and see. We have seen sincere apologies and more meaningful dialogue around racial injustice and privilege like never before.

In a BBC interview last month, Boris Johnson announced a new Government commission to look into racial inequalities in the UK, as a response to the Black Lives Matter protests across the country. He spoke of a concerted effort to change the narrative around BAME communities and end the "sense of victimisation and discrimination". However cynical we may feel, these moments have the potential to go beyond the sound bites and platitudes of the past to become real turning points in our society.

Recently, Sky News broadcast a heartfelt interview by Jamaican cricket commentator Michael Holding and Ebony Rainford-Brent, who was the first black women to play for the England cricket team. In this video, both speak passionately about ending institutional racism. As they recounted their experiences of racism it was distressing to hear. But there is a real sense that these stories are beginning to matter to those outside the BAME community, and it felt like a breakthrough.

In 2 Corinthians 5 we read about the ministry of reconciliation so it is vital that we keep having these conversations. Talking, listening and doing will lead to healing, but it will take time to deconstruct and dismantle the systems of inequality in our society and in our mindsets.

It would be easy to feel indignant that it has taken this long for people outside the BAME community to realise there has been a problem. However, I believe it is important to focus on the positive and what can be accomplished together, here and now.

Jesus is our greatest example in teaching us both how to handle suffering and how to suffer with others. His greatest act of compassion being dying on the cross for our sins. The Latin root for the word compassion means to suffer, and the prefix com- means with. Compassion, literally means to suffer with. It’s going beyond just having sympathy for someone and into the realm of empathy.

Allow God to show you how you can become part of the solution because we really are all in this together.

Jeanette McCarthy is a freelance writer.

Photo by Micheile Henderson on Unsplash