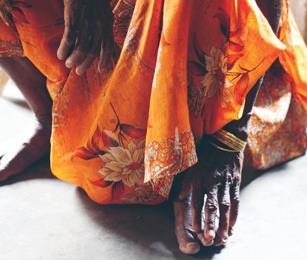 A widow, in printing terminology, is defined as: a last word or short last line of a paragraph falling at the top of a page or column and considered undesirable. I used to wonder what that had to do with the more common meaning of the word: a woman who has lost her spouse by death and has not remarried. Now I think I know. Both are considered undesirable.

Before International Widows’ Day (IWD – observed on 23 June) was officially recognised by the United Nations in 2010, information about the world’s widows was scarce. A powerful book by Vijay Dutt, Invisible Forgotten Sufferers, which describes the terrible injustices widows face, helped convince the UN to recognise the day. Although it is now easier to find information about the more than 250 million widows in the world, and awareness is growing, they remain largely invisible and forgotten.

In Western countries, widows were among the poorest and most vulnerable until pension schemes and other benefits were introduced in the late 19th and early 20th century. In developing countries, not only is there a lack of benefits available to widows, but often traditions exist that take away their property, their dignity and sometimes their children.

Poverty is a big factor in causing widowhood and also in keeping widows powerless. According to a 2015 UN estimate, nearly 15% of all widows live in extreme poverty. And in many countries widows’ experience of poverty is considered to be worse than that of other impoverished groups.

In societies where the husband is the sole provider, his death means the family is pushed into, or pushed deeper into poverty. Women in Africa are among the world’s most vulnerable and destitute. In some countries, “widow cleansing” rituals helped to spread Ebola, resulting in more deaths, more widows. In countries with a high prevalence of HIV, women become widows at significantly younger ages. For example, in Zimbabwe, according to UN figures, the proportion of widows aged 30-34 tripled between 1992 and 2002.

In India there are an estimated 40 million widows – approximately 10% of all women. Certain sections of the Hindu community, especially in West Bengal, abandon their widows in the ‘holy’ cities of Vrindavan or Kashi. To survive they must become prostitutes or beggars. Some receive government aid – about £4 per month. But because women are largely uneducated, many are deprived of even this small help. Widows live in unhygienic conditions, often with no facilities for drinking water.

Girls are given in marriage when they are quite young – sometimes to old men – increasing the likelihood of early widowhood. Although sati, the practice of burning a widow along with her husband on the funeral pyre, has been forbidden in India for more than a century, some still believe that it is an honourable course of action for a woman.

In many parts of the world, impoverished women become widows when their husbands accept high-risk employment. Mining is one example of hazardous work. Every year 5,000 women in China lose their husbands through mining accidents.

Mining makes widows in Bolivia too. In Potosí, in the southern highlands, Quechua farmers work part-time at Cerro Rico (Rich Mountain) after they have planted and harvested their crops. Cerro Rico is very unstable, having been continuously mined for silver since 1545. Because the farmers work part-time, they receive no health or retirement benefits. And because they are inexperienced, they are prone to fatal accidents.

A local Christian organisation, Allinta Ruwana, trains volunteers from local churches to visit families headed by a mining widow. Last year the volunteers raised money by selling hot lunches. With the money raised they bought woollen shawls and Tupperware containers, which they filled with food. On Mother’s Day they presented these gifts to 30 widows working as street vendors.

May God move others to reach out to widows, the world’s forgotten, humiliated and undesirable women. Pray that increased awareness of their plight will greatly diminish the shameful treatment they endure.

Louta, a church pastor’s widow, lives in Piéla in eastern Burkina Faso. With help from the Dorcas widows’ project, an initiative of SIM International, she is doing a good job of supporting her five children.

The Burkinabe woman had an idea for a small business, and proposed it to SIM missionary Soula Isch, founder of the Dorcas project. Louta had noted that the President’s preference for locally made clothing was becoming the fashion. Would the Dorcas project approve a loan for her, so that she could buy a large quantity of cotton yarn? She knew how to weave and had the necessary tools.

The loan was approved, and Louta asked a few other women to help her dye and weave. She also asked the Lord to help her. Louta’s business took off, and eventually she had earned more than 500% of the amount she had borrowed. She repaid the loan, gave work to 18 women – mostly widows – and has been able to send two of her children to university. Last year she decided to support two pastors, and this year she has added two more.

The Dorcas project was established in 2006, when Soula was visiting Burkina Faso. A widow herself, she was moved to do something for the many widows in Piéla. “The task seemed beyond me, but the Spirit of God urged me to step out in faith,” she recalls. Since that time, the Dorcas project has helped 450 widows in Burkina Faso. In 2009 the project was introduced in Niger, where it is administered by Soula’s daughter, Lucia Eberle, and in 2015 it was set up in Benin.

Widows receive spiritual, social and physical support, as well as micro-loans to help them start a small business. They are invited to choose whether they will raise vegetables, breed livestock, produce pottery or manage a cereal bank.

Louta’s ingenuity has delighted Soula. “Widows in Burkina Faso, and in Africa in general, do not have a status,” she comments. “But now Louta laughs as the woman of Proverbs 31. I praise the Lord for widows like her!”

A Zimbabwean, Dorothy lost her HIV-positive husband to TB. When he became ill, the couple and their two little girls were forced to return to the home of her late father-in-law.

After her husband was buried, his brother began pressurising Dorothy to vacate the house. She had nowhere else to go, and because she had been legally married and lobola (dowry) was paid, he could not evict her. Nevertheless, she was taunted by the community, and called a prostitute. Her neighbours also called her a witch, blaming her for her husband’s death.

The local culture dictated that Dorothy marry one of her late husband’s brothers. But this went against her Christian beliefs and she adamantly refused. Although the custom was established as a way of protecting widows, it has often been used as a means of sexually and economically exploiting them.

Over the years Dorothy has continued to cling to God. Her husband’s family are now demanding that she sever ties with them and leave with her 18 and 14-year-old daughters. “A widow will face problems and hurdles every day,” she says. “I have to be strong and persistent if we are to survive.”