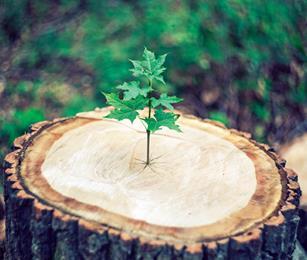 When we treat people with respect and dignity, we open the door to real change and growth, says Sharon Grenham-Thompson ...

The woman came into the room and flung herself at the Teacher’s feet, far too free and easy with her tears, her hair, her perfume. It was scandalous. If this man was a prophet he would know what kind of woman this is who is touching him – a sinner, distasteful. Why shouldn’t we throw her out?

And then he looked at me and told me that her many sins have been forgiven, which is why she displays this behaviour – love and heartfelt gratitude.

That’s my imagining of some of the thoughts going through the head of Simon the Pharisee, on the evening that a woman came into his house and anointed Jesus with perfumed oil. You can read the story in the Gospel of Luke, chapter 7, verses 36 to 50.

Perhaps it’s easy with hindsight to shake our heads and tut-tut at how mean Simon was, to be so disapproving – but if we stop and think, would we really be so different?

Until earlier this year I worked as a prison chaplain, and one of the most frequently repeated questions I faced from people was “Why on earth do you want to work with people like that?” The sub-text was that criminals were, like the woman with the perfume, outcasts from society, and far below the level of someone ‘respectable’ and religious like a minister. “Lock ‘em up and throw away the key” isn’t just a tabloid cliché, it’s a view held by many I’ve encountered.

Now I’m no apologist for wrongdoing. Justice must be administered and sentences served, as well as respect given to the experiences of victims of crime. But on the other hand, apart from a very few prisoners sentenced to whole life tariffs, most of those incarcerated in the nation’s jails will be released at some point, and will need to reintegrate. I would argue that it’s in the interest of society to make that re-integration as successful as possible.

And as a Christian I would take that duty further: Jesus modelled for us an attitude that accepted the outcasts of society, the sinners and the wayward. Jesus didn’t pretend the sins had never existed, but he offered love and a way out. In other words, he offered a second chance (and a third and a fourth) to those whom the rest of society saw as undeserving.

When I worked in a high security prison, there was one unit for men who had to be isolated from others for their own protection, often because they had grassed up co-defendants, thus putting their lives in danger. One man I visited on this unit, let’s call him Danny, was a former gangster who had done just that, and in fact was now part of a protected witness scheme. He had to change his name, had been given new identity documents, and knew there was a price on his head.

I got to know him simply by sitting down for a coffee with him and the other unit residents. We’d make small talk about the fish in the fish tank that they were allowed to have, or take the mickey out of whichever resident was on cooking duty for the day. Occasionally we’d comment on something in the papers (although I tended to try to avoid that, as it was usually page three they were most interested in …).

There was week after week of seemingly useless, pointless trivia, in which I kept the conversation going even though it was stilted. The prison officers were clearly laughing at me, albeit not unkindly, but I was determined to break the stereotype of a chaplain as a naïve and delicate flower.

And then, one day, Danny looked up when I came on the unit and said, “Can we have a private chat?” He wanted my advice about how to deal with his father, who was coming to visit him for the first time in many years, and who had been diagnosed with terminal cancer. It was all the more complicated because Danny was being set up with a new life after his release, which was due the following year. So this might also be the last time he would ever see his father.

We talked about repentance and forgiveness, about human frailty, about hope even in the worst of circumstances. I didn’t try to give him easy answers, or in fact any answers – how could I? But listening to him, giving him space to be himself, rather than just a ‘badass gangster’, was restoring to him, perhaps, a little of his humanity – and that is what I was there to do.

He met his father; there were hard words, there were tears, there was, finally, a hug and a handshake. Danny’s father died a month later.

Over the ensuing months I visited Danny every week. We spoke about his offending, his family, his regrets, his fears. He asked for Holy Communion, and I brought it. Not once did he ask me to write him a good report, or do anything for him. He wasn’t using religion to curry favour.

Danny began to find a focus and some hope. He got into trouble less on the unit, became more co-operative and more respectful. Shortly before I left that prison he told me his real name. It was a gesture of connection I shall never forget – and although he wrote to me at my new place of work once, after his release, thanking me for staying by his side, telling me he’d found a partner, and was even attending church, it was that moment of self-revealing that convinced me he had a future, and would make something different of his life.

Many would say he didn’t deserve a chance after all his wrongdoing – but offered acceptance, respect, and dignity, Danny eventually learned to apply those same behaviours in his own life.

I truly believe that for a religion to have any meaning, it must face the darkest corners of society, the hardest parts of life.
For me, faith is not about judging people, nor even about persuading others to believe what you do. Yes, it’s about accountability, and responsibility, and I would always encourage that long, hard look in the mirror. But to my mind, being a Christian is about helping others walk along their own pathway, as you yourself stumble with them. It’s about bringing light to darkness, hope to despair, and holding on to the promise that with God all things are possible.

I think this is something for us to remember in our own lives too. Most of us aren’t going to find ourselves on the wrong side of the law, but plenty of us will have things in life we regret – hidden shame, dreadful mistakes we’ve made, moments we’d go back and change if only we could. How wonderful then, to be reminded that none of it is beyond the reach of God, whatever others, or even an inner voice, might tell us. Forgiven so much, we’re then offered the chance to love without measure in return.