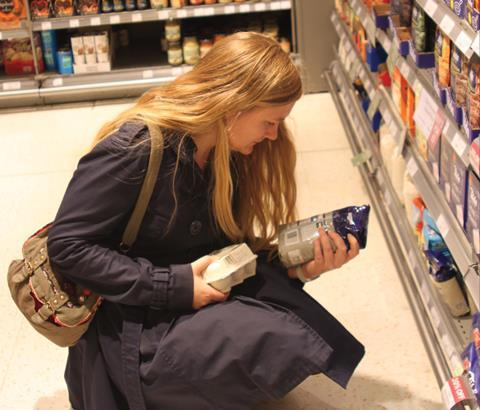 Could you survive on £1 a day?

Think about it. You have only £1 a day to spend on food or drink for a working week. Anna Rogers took up the challenge and shares her diary of how she got on

Day 0 – Shopping on a shoestring
I agreed to do Live Below the Line in a fit of enthusiasm about a month ago, picturing wonderful lentil and pumpkin dishes and planning to amaze my colleagues with exactly how far I could make £1 go.

I thought that living in an area of London that is bristling with pound shops, market stalls, and butchers that sell chicken feet and cow hooves would be a distinct advantage. But when I got to the market this evening, I discovered that everything costs £1 or more.

Undeterred, I went to the local supermarket. I must have stood for over 15 minutes picking up and putting down various bags of rice. I wanted a 2kg bag; I could only afford 1kg. I was getting a bit embarrassed standing there in a fog of indecision, particularly because there was a man standing somewhere behind my left shoulder who was taking as long as I was to choose. Eventually, I settled on buying 1kg rice, 1kg mixed frozen veg, butter, eggs and bread. I was hoping to have 62p over for a bag of sugar, but it wasn’t to be.

I talked to lots of people about Live Below the Line this weekend. I quickly discovered that everyone has an opinion on the best foods to buy and the cheapest shops to go to. Several people helpfully told me what I should have bought. Or what they would buy. It made me think about our reactions to people living in extreme poverty.

Everyone has an opinion on what people living in the world’s poorest communities should do to escape poverty (Why don’t they just … move to a different location/refuse all foreign aid/have fewer kids/etc.) The thing is that I made my decisions on what to do with my £1 a day based on local knowledge (actually butter is cheaper than margarine when you buy it in small quantities and lentils are unexpectedly expensive).

I’m sure that the decision making process is probably not dissimilar in communities that are living below the poverty line. Perhaps the time for speculation about what people should do is over and the time for asking them what they want to do and enabling them to do it has begun.

Day 1 – Every grain counts
Lunch today was my first proper Live Below the Line meal. (I’m not counting breakfast, because two slices of toast with butter and a glass of water is actually quite close to what I would usually eat.) It was rice with onion, carrot, swede and some anonymous white vegetable that I hoped was turnip, but turned out to be soggy, overcooked potato. It wasn’t cordon bleu, but also wasn’t too bad and I was heartened by the fact that there was a reasonable amount of it.

The thing I’ve discovered about Live Below the Line cooking is that you start to value food in a different way. I have marked my butter into five separate portions, counted the slices of bread to work out how many I can have each day and weighed my rice and frozen veg before each meal to ensure that I will have enough to last the week.

I can’t afford to let food spoil by storing it wrongly, spilling it, or burning it in the bottom of the pan, because if I do any of these things I can’t just start again with more food – I have to skip a meal. The result is that I’m giving boiling rice the level of attention I would usually only give to tasks involving hazardous chemicals!

By the time I got round to cooking my tea last night, I was getting a bit shaky, so put the stereo on and treated my flatmates to a full vocal rendition of some of the Scissor Sisters’ greatest hits (lucky them) in an effort to take my mind off feeling hungry. I’ve got to say that despite its bland appearance, it was one of the best meals I’d had in ages. It’s not just quantities that I’m appreciating more, but tastes and textures as well, and after boiled rice for lunch, egg fried rice with vegetables was delicious.

Day 2 – Give us this day our daily bread
Usually this line of the Lord’s prayer is something I mumble without a lot of thought, in between “your will be done” and “forgive us our sins”. But this week it’s come to have more significance. It’s strange that the less food I have, the more grateful I am for it. It got me thinking about other times that food is referenced in the Bible. From manna in the desert, to the feeding of the 5,000, God continually manifests himself to his people using food. Jesus even uses food metaphors to describe his divine nature, using descriptions such as the bread of life and the true vine.

I’m gradually discovering exactly how much I need of the right food to get me through the day and what happens if I don’t get it at the right times. (If last night is anything to go by, I lose the ability to talk to anyone and manifest a steely, single-minded determination to get to my rice bag as quickly as possible by around 6.45pm. One of my housemates was left baffled by a very mumbly and incoherent summary of my day as I rushed towards the kitchen. I cheered up significantly after a one-egg omelette, rice and vegetables, and was able to actually ask her how she was.)

As I develop an understanding of how much I need food in my physical life, it’s making me consider just how essential God’s presence is to my spiritual well being.

Day 3 – Food as fuel
I eat almost everything quite cheerfully and secretly quite like stodgy airline or school dinner food. I’ve also had lots of practice at eating whatever is put in front of me when I’ve been travelling overseas, whether I would usually choose to eat it or not. (Deep fried cheese with sour cream on top, for breakfast, in Belarus was a particularly interesting experience.) So I was surprised at myself this lunchtime when I didn’t really want to touch my rice and veggies.

At around 3pm, I realised that my energy levels were dropping and forced myself to dig in. I like rice, and turnip, swede, carrot and onion, but today I really was eating for fuel, to get through the afternoon rather than for pleasure.

Conversely, smells have started to become much more important. I’ve got the worst sense of smell in my family. (I maintain that shortly after moving into my current neighbourhood, with its fish shops that smell of a combination of disinfectant, rotting fish and exhaust fumes, my nasal passages have shut down in self-defence.) So I was very surprised to find the smell of coffee in the office delicious – especially since I hate the taste of coffee and never drink it out of choice. I’ve found myself hanging around posh toiletry shops on the way home just to savour the ‘bergamot and cinnamon’ aromas. I had no idea that changing my diet was going to affect me like this!

Day 4 – The many ways of hiding rice
I’ll come out straight away and admit it; I’m in a foul mood. I’m unsure whether this is because I am doing Live Below the Line and am missing sugar horribly in any form and (oddly) gravy. Or whether it’s because my back went into spasm this morning and I’m typing this from the floor, with my laptop balanced on my stomach. Probably a combination of the two.

I couldn’t face any more rice last night, so had poached egg on toast instead. My body disagreed with this choice and proceeded to tell me so by giving me the shakes between half seven and ten o’clock, when I admitted defeat and went to sleep. I have eaten plain fried rice for breakfast this morning to appease it and have to admit that I do feel better.
I thought that my evening meal choices this week were going to revolve around doing interesting things with egg in an attempt to get some variety into my diet. In fact they’ve very quickly become an exercise in hiding from myself the fact I’m eating rice.

So far, egg fried rice and omelette with roast vegetables and rice are my favourite ‘disguise-the-rice’ dishes.
I’m quite a family-oriented soul, and speak to my parents most nights. My mum keeps trying to make me promise to eat immediately if I feel faint, while my dad keeps gleefully coming up with ways to tempt me to cheat. (You could just go down to McDonalds you know, no one would find out; surely you’re allowed a beer? That’s not food …) I’ve taken to muttering “Don’t put ideas in my head,” through slightly gritted teeth.

My housemates, on the other hand, both come from Christian traditions where sustained fasting is fairly commonplace and have friends who complete Ramadan – so are used to people not eating and are taking my strange, not-quite fast in their stride. They are both being very sweet about not eating chocolate in front of me though!

Day 5 – The Jelly Babies are in sight!
Not long left now! I am going home this weekend and my sister has promised me Jelly Babies as a reward to replying to her e-mail about bridesmaid dress patterns – she’s getting married soon. I don’t think she realises quite how much I’m looking forward to those sweets! I’ve even decided which colour I want to eat first (red and black – they’re the best flavours). I’m going to be gutted if she’s snaffled all the nice ones and there are only green and yellow Jelly Babies left!
Whilst I’m eager to end my week, I’m pleased that I will have completed it. I am never going to fully understand what it’s like to live on £1 a day, because if, at any point, it had got too much I could have reached into my purse and bought whatever I needed.

I’m probably never going to face years of sustained malnutrition and watching my children continually get ill because I can’t give them enough of the right foods. But I have experienced enough to know that no one should have to spend more than a week living like this.

Last year MRDF helped 15,000 people to feel more secure about where their next meal was coming from. You can help make that number higher by Living Below the Line for MRDF and asking your friends and family to sponsor you. I dare you to give it a go.