‘My OBE comes with a sense of responsibility’ 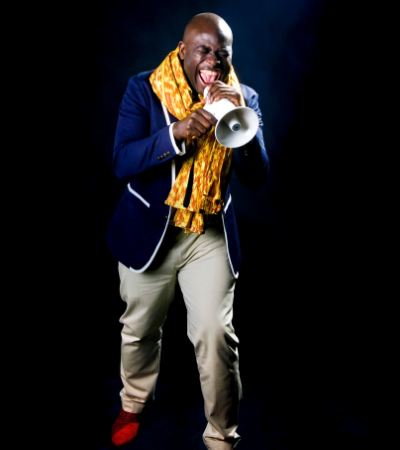 UK: First off, congratulations on the OBE! Please introduce yourself to Woman Alive readers.

MO: Thank you. My full name is Oluwalomueleyiwa Adebayo Olarewaju Ishola Omoerin Tin Jogun Ola. I am a husband and a father of two boys. I am a broadcaster, singer-songwriter, worship leader and a gospel artist. I am also station director of Premier Christian Radio and the presenter of a TV show called Turning Point in the US.

UK: I recently discovered your father was assassinated for renouncing his Muslim faith and becoming a Christian. What impact did this have on your life?

MO: My parents sent me to the UK at the age of nine because they were concerned about my studies. For almost 20 years, I didn’t see my father and I longed for him. When he was shot I realised that I would never get the chance to sit with him to ask all my questions.

His death affected how I raise my sons. In the early years, I had a recurring dream that I was looking after my sons and I would turn to do something then, when I turned back, I couldn’t find them. I was playing out what had happened with me and my father.

UK: Your father’s killers promised to wipe his name off the face of the earth. Do you think about how your story could have turned out, ‘but God’?

MO: The ‘but God’ element is always with me. One of the reasons I accepted the honour from the Queen was the fact that I thought my father would be very proud. They said they would wipe his name from the face of the earth, but now his name is heard all over the world.

UK: What did you want to be growing up and what did the beginnings of ministry look like for you?

MO: I wanted to be a safari hunter! My parents were farmers and I was supposed to take over the business. But music had always been a part of my life and I was a worship leader in the apostolic church I attended.

UK: Your music is described as a mix of gospel with elements of world music, soul, R&B and pop. Why is this?

MO: I didn’t want to do gospel at all! I wanted to make pop music like Lionel Richie’s that moved people. But my mother had made a covenant with God before I was born. She prayed to God for a son and had a dream in which she promised that if God gave her a son, she would give him back to God.

UK: When did you decide to make a career out of music?

MO: My best friend, Eddie Martin and I wanted to do something for God, so we recorded an album. But when the record companies found out that I was the one behind it, it was labelled as ‘gospel’ music and they said they had already reached their quota of gospel artists. In the end that was the tool God used to fish me out and put me where he wanted me to be.

UK: How do you keep yourself humble and grounded so that you’re not just performing for a crowd?

UK: Did getting an OBE from the Queen feel like a validation for you?

MO: The OBE forced me to question myself in the light of the word. When I received the letter, I was elated. But afterwards, I thought: “Muyiwa, why are you so happy? I didn’t know that you were so hungry for recognition.”

I began to unravel some things, one of which was that, years before, I caught up with an old lecturer and when I told him what I was doing, he indicated that no one was paying attention to the gospel genre. I felt insulted that my teacher would suggest that what I was doing didn’t matter. Subconsciously I carried that within me so, when the letter came, I thought about him. In addition, although we [Muyiwa and his group Riversongz] had highly successful albums and sold out venues, this was not acknowledged in some circles.

I realised that I hadn’t allowed the Holy Spirit and the word of God to wash those experiences out of my system.

The other side of the story, however, is that a friend of mine had informed me years ago that God had shown him an image of me receiving an award in the form of an official recognition from the Queen. Almost six years to the date, the letter from Downing Street arrived.

In all, I feel grateful and ecstatic, but I also feel a sense of responsibility.

UK: What is your hope for your sons?

MO: I hope that they grow up to be caring, upstanding members of the community and become ‘spiritual champions’. I want them to treat other people well, be kind, know how to repair broken people and be a light in darkness.

UK: What can we expect from Sir Muyiwa in the coming months and years?

MO: I’m working on a project called ‘Africa Rhythms’ – recording an album in different parts of Africa. A couple of years ago, we did an album called Èkó Ilé which is a commentary about my life experiences. The live music recording of that will be available on DVD in December 2020/ January 2021.